In Cyprus, Pope Francis calls on the Church to be a “model of fraternity” 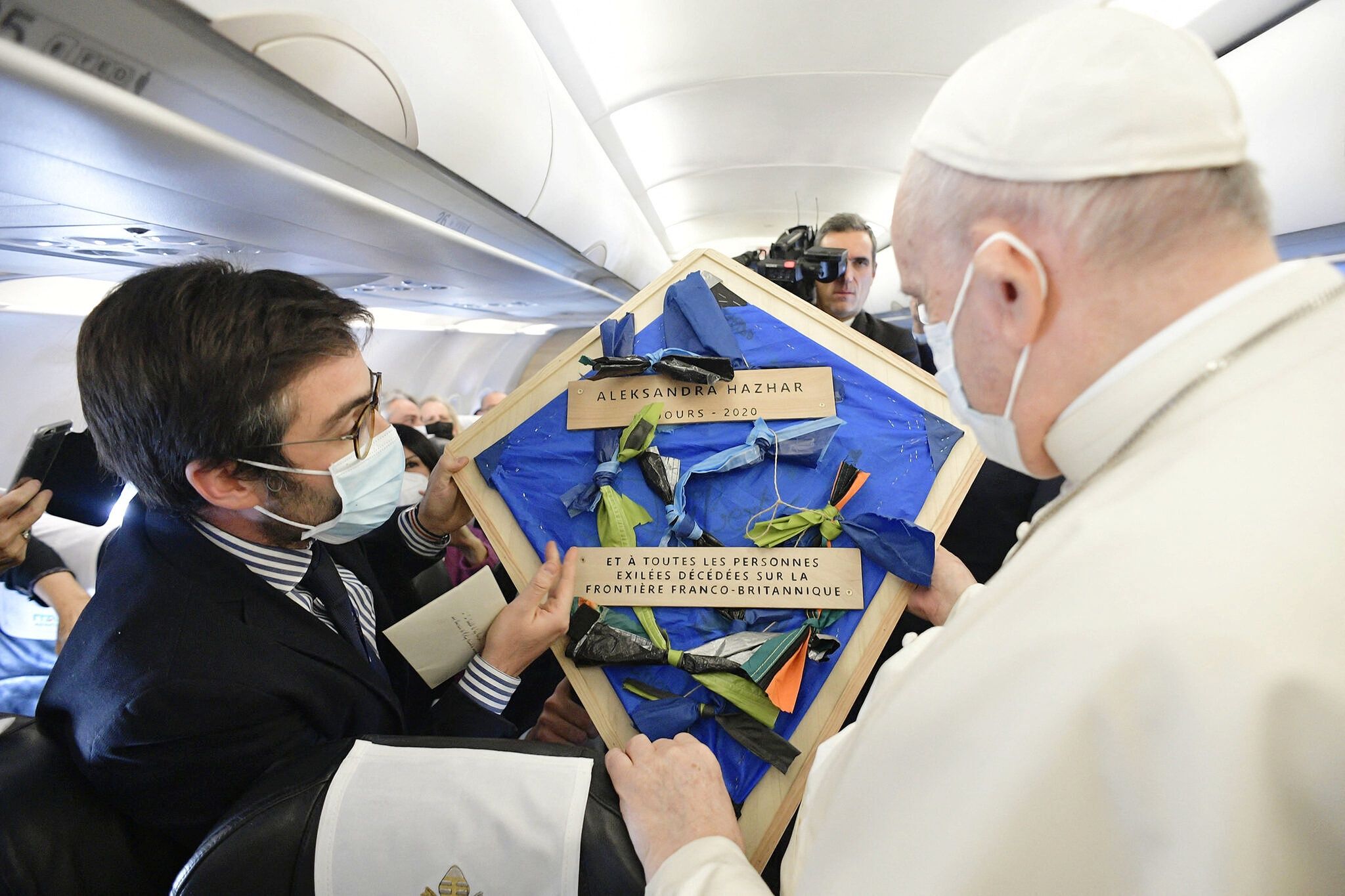 On entering, on Thursday, December 2, the small Maronite cathedral of Notre-Dame-des-Grâces in Nicosia, whose size is more like a modest parish church, Pope Francis was quick to launch: “I am looking at you. and I see the richness of your diversity. On the first day of his trip to Cyprus, the Pope, in front of the representatives of the small Catholic Church in the country, gave a strong praise of “brotherhood in the Church”.

He praised in particular the vitality and “enthusiasm of the faith” of this Church, in particular “thanks to the presence of many migrant brothers and sisters”. Throughout his speech, the Pope made the small Cypriot Catholic community an example to follow, well beyond the borders of this island on the eastern borders of Europe.

Because this Church which has “open arms” is an “important message for the Church in all of Europe, marked by the crisis of faith”, insisted Francis. Who warned against the faults of certain Catholics, “impulsive and aggressive, nostalgic or plaintive”. “It is good to move forward by reading the signs of the times,” Pope Francis encouraged instead, as a two-year synodal process began in Rome in October to define the future of the Church. Church.

As the Church of Cyprus is made up of a “multicolored people”, the universal Church must be a “fraternal Church”. The Church, he said, must be a “model of fraternity”. “There are not and there should not be walls in the Catholic Church,” he insisted.

To the priests, he asked not to be “rigorous in confession”. “When you see people in difficulty, tell them: I understood, I understood… And give the blessing”, he improvised, recalling that “God does not tire of forgiving”. He also warned against the attitude of “crushing the fragile faith of newcomers by rigorous, inflexible attitudes, or by overly demanding demands for the observance of the precepts”.

“Through your fraternity, you can remind everyone, the whole of Europe, that to build a future worthy of man, we must work together, overcome divisions, tear down walls and cultivate the dream of unity. A message for the Church of the Old Continent, but far beyond, for all Europeans, sent from an island cut in two since 1974, and where the last walls of Europe are erected.

Belgium pricks earlier and faster, what do they do better than the Netherlands?

Christmas: how to save the holidays while the fifth wave is amplifying?

Christmas: how to save the holidays while the fifth wave is amplifying?