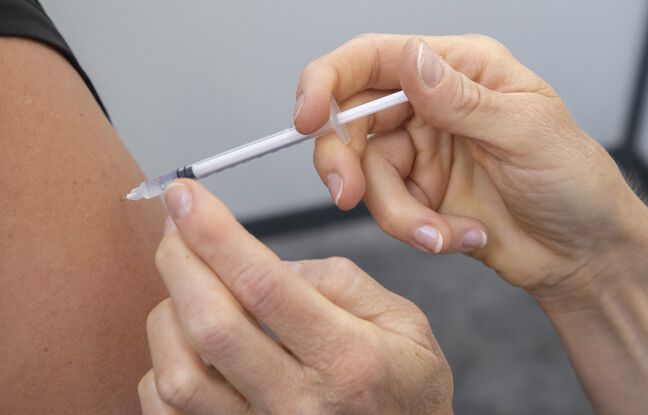 Chaotic cycles. Rules that come back way too quickly or much later than expected. Or which are more painful, longer or profuse. Since the opening of the anti-Covid vaccination to the general public a few months ago, the testimonies of women who declared menstrual cycle disorders after receiving the vaccine have multiplied.

If the first feedback from the scientific community is reassuring, for many women who have experienced these disorders or fearing to be confronted with them, the opening of the campaign for the booster dose – without which the health pass will no longer be valid afterwards. January 15 – is a source of questions and anguish. How long do these menstrual disturbances last? Can they affect fertility? Should I or should not receive his booster dose? 20 Minutes gives the floor to its readers and takes stock of the scientific literature.

“50-day delay”, “menstruation every other week”

As far back as she can remember, Claire has always had “very regular periods: the same day, to the hour. But after I got the second dose, I was two weeks late. They’ve been arriving at random for five months, it’s very annoying ”. Ditto for Gwladys, “although I had never had any problems in ten years. There, my period arrives every other week or every two weeks ”.

Carole, she had different disturbances after each of her two doses. “After the premiere, I was 50 days late! And on the second, I got paid twice in the same month. Since then, my periods have been irregular and painful ”. As for Valentine, “the first injection triggered endless menstruation, every day for three months, and much more painful”, assures the young woman, who is “afraid that it will happen again during the third dose”.

At first, Sasha didn’t worry. “I have always had more or less irregular cycles,” says the young woman, who suffers from endometriosis. But after the first dose like the second, my cycle was much more painful, long and heavier, and with a 15-day PMS! It took five cycles for things to stabilize ”.

The trail of an inflammatory mechanism

A phenomenon examined this summer by theNational Medicines Safety Agency (ANSM), who considered these cases to be “potential signals” related to vaccines. However, she recalled that to date, no causal link has been clearly established. “These testimonies have a certain interest, but it is very difficult to determine for each woman the cause of these disturbances, underlines Dr. Odile Bagot, gynecologist, author of the blog
Mam Gyneco and of Vagin & Cie, we tell you everything! (ed. Mango). Especially since spontaneous cycles (excluding the pill) can be influenced by many environmental factors such as the anti-Covid vaccine, but also stress – which the vaccine can cause, or even fatigue, ”she explains.

According to the first hypotheses, “the vaccine induces an immune and inflammatory reaction which could disrupt the menstrual cycle,” explains Professor Olivier Picone, obstetrician gynecologist at the Louis-Mourier hospital in Colombes, and member of the National College of French Gynecologists and Obstetricians (CNGOF). However, the onset of menstruation is an inflammatory mechanism to evacuate the endometrium, so the possibility that the vaccine influences the cycle is probable. It had already been observed with the HPV vaccine against the papillomavirus ”.

According to American researchers, “the immune response after vaccination could bring immune cells into the endometrium (at the level of the uterus)”, which could lead to these irregularities. And “the disorders described generally last only one cycle”, reassures Dr. Bagot.

“I hesitate to receive the third dose”

For the first concerned, these disorders cause convictions on vaccination to falter. Like Laurie, whose period has been “extremely painful since the second dose.” So I do not intend to receive the third ”.

For Sasha, independent in telework and “semi-confined for two years”, her “cycles of hell mean a loss of productivity, therefore of turnover. I am a strong supporter of vaccines, but today I do not know if the game is worth the candle ”. Gwladys “also hesitates, even if it means losing the sanitary pass”. Despite the hesitation, Carole told herself that she would have “no choice: I want to keep it, my health pass”.

Amandine, she “did not hesitate for a single second despite the troubles. Everything ended up going back to normal over time, you just need to be patient. I have my three doses, I am a little more protected and my relatives too ”.

“No effects on fertility”

For those who crave motherhood, taking the plunge is also complicated. “I have been in the baby plan for eight months,” says Chloe, who had a late period after her second dose. “So I am thinking of delaying the third as much as possible”. These doubts, Esther shares them. The young woman, who is trying to conceive, has since her vaccine “irregular periods, which makes ovulation difficult to target. The vaccine, I still prefer to wait until I am pregnant to do it again ”.

But “it is better not to wait, advises Professor Picone. All of the scientific literature attests that vaccination has no harmful effects on fertility. We have dozens of patients who have started a pregnancy after being vaccinated, he reassures. On the other hand, we have seen too many pregnant patients in intensive care, hence the importance of receiving a booster dose to protect yourself and your unborn child, especially in this context of strong epidemic recovery ”.

What is there is that “all this adds anxiety to the journey of PMA, deplores Laureen. We need answers, and we have the impression that since this problem does not affect men, nothing is studied! “So,” even if I intend to be revaccinated, I would like research to be interested in it to be calm, “adds Delphine.

“You have to listen”, and “if there is a link, find out how it happens”

Faced with the multiplication of testimonies, work is underway. “We must listen to them and shed light,” insists Professor Picone. In the United States, health authorities have selected five research centers, including the prestigious Johns Hopkins University, to conduct an observational study. “If there is a link between vaccines and menstrual changes, we need to know how it happens,” said Prof. Mostafa Borahay, associate professor of gynecology and obstetrics at the Johns University School of Medicine. Hopkins. We therefore plan to examine at the biological level the response of the endometrium to the anti-Covid vaccination ”.

“This research will help us better understand whether there is a real link (with) vaccines or if it is something else, such as lifestyle changes or the stress of the pandemic” added the searcher. In any case, underlines Professor Picone, “what we should be afraid of is the virus, not the vaccine”.

Aquis Querquennis, the Roman camp that appears and disappears

Aquis Querquennis, the Roman camp that appears and disappears