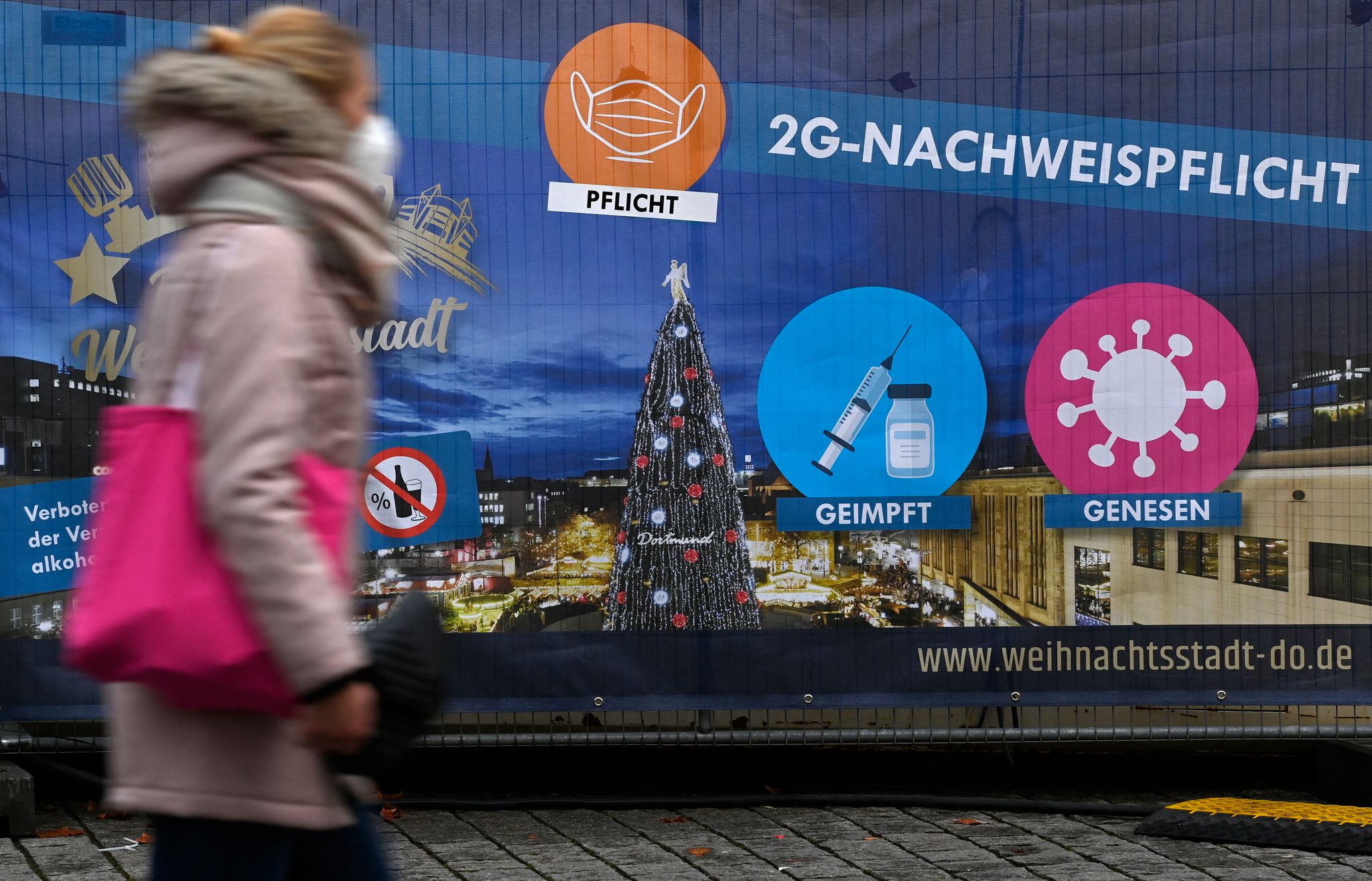 A new turn of the screw before a vaccine obligation which is now consensus: Germany decided, Thursday, December 2, to impose severe restrictions on the unvaccinated in an attempt to stem the virulent fourth wave of infections. “The situation is very, very difficult”, underlined the future chancellor, Olaf Scholz, after a meeting with Angela Merkel and the leaders of the 16 regions of the country.

→ REPORT. In Germany, no access to the office without a test or health pass

If the figures have stabilized in recent days, they remain globally alarming, with tens of thousands of additional cases every day, an incidence close to 440 and many hospitals close to saturation.

To deal with this, the authorities have decided to target unvaccinated people, who represent roughly a third of the population. “We will organize cultural and leisure activities throughout Germany only for people vaccinated and cured” of Covid-19, detailed Angela Merkel, who will leave power on December 8 after 16 years at the helm of the country. This so-called “2G” rule, vaccinated or cured, “will also be extended to retail, with the exception of everyday consumer stores,” said the Chancellor.

This drastic limitation of access to social life for unvaccinated people is qualified by several politicians as “containment” for those who have not received an injection. Unvaccinated people are already subject to restrictions on access to public life, but the rules were variable and did not cover all regions.

To avoid gatherings during the end of year celebrations, the government and the Länder have also banned firecrackers and fireworks, which are very popular with Germans. Clubs and nightclubs will have to close from an incidence of 350, an index currently exceeded in a majority of regions. Wearing a mask is also becoming compulsory in schools across the country.

The vaccination obligation could come into force in February

These measures should allow an improvement in the coming weeks, before the vote and the entry into force of the vaccination obligation. This drastic measure, already chosen by the Austrian neighbor, could come into force in February, after an opinion from the ethics council and a vote in Parliament.

→ EXPLANATION. Omicron: how Europe is preparing against the new variant

German public opinion has itself largely changed on the issue. If about two-thirds of those polled were against a vaccine obligation last summer, the proportion has completely reversed, with 64% of Germans now in favor, according to a poll for RTL and ntv.

→ REPORT. Covid-19: in Germany, the pressure increases on the unvaccinated

The measure is also supported by the Greens and the Liberals, yet traditionally resistant to any constraint, as well as the conservatives of Angela Merkel, now in the opposition. Only the far-right AfD party is opposed to it, with a poster campaign “The compulsory vaccine? No thanks ! »Taking up a slogan of nuclear opponents.

Research: a third of cleaners have to deal with bullying and other undesirable behaviour

Alain Schmitt denounces a “media lynching” in the Pinot affair

Alain Schmitt denounces a "media lynching" in the Pinot affair