At the trial of the November 13 attacks, the Swedish Daesh soldier watched by a Belgian investigator 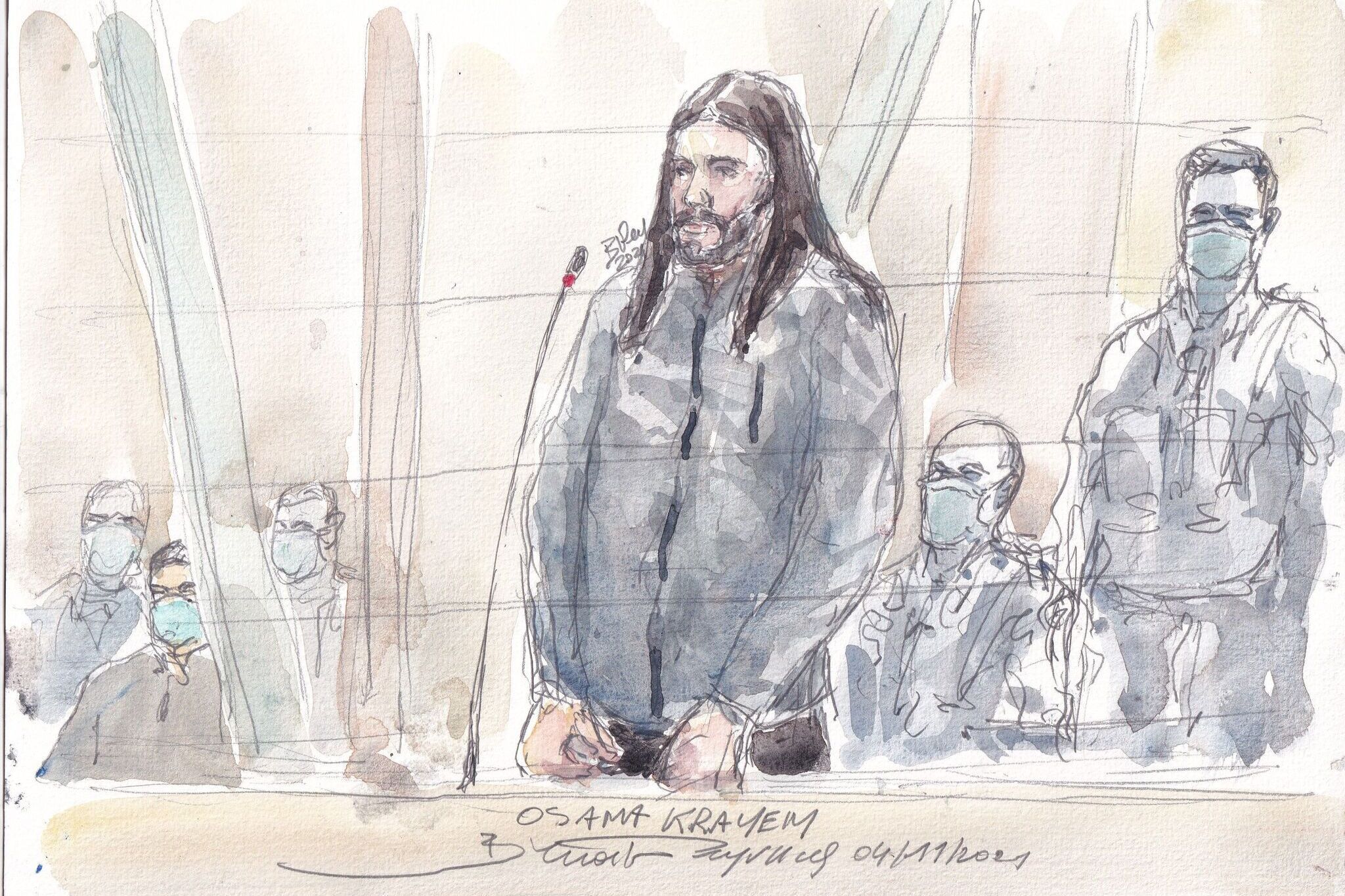 Hello Belgium? For a short week, it’s been the same ritual every day at the Assize Court in Paris. When the debate resumes, President Jean-Louis Périès connects by videoconference with Brussels. On the screen, a meeting room of the federal prosecutor’s office with a green plant and flags of Belgium and the European Union. “Brussels, can you hear me? », Asks the magistrate. And the flat country responds almost in the second. The video link is excellent and the sound is perfectly audible. But if the technique works, there are still some fries on the line.

Because the Belgian antiterrorist police officers, who preferred to testify from a distance, are far from convincing the lawyers of the civil parties or of the defense. The vagueness of some investigators annoys when, after finishing their presentation, they find themselves struggling to answer specific questions. Sometimes giving the impression of wanting to dodge certain “failures” of Belgian anti-terrorism ahead of the attacks of November 13, 2015.

This Wednesday, December 1, the investigator of the day testifies like his colleagues, with his face uncovered but anonymized by a number. A handful of defendants, contesting the failure to come to the stand of the police, are still four at the start of the hearing to refuse to appear. Among them, Salah Abdeslam but also Osama Krayem, one of the main defendants. This 29-year-old bearded athlete of Swedish nationality is therefore not there to hear the investigator tell his story.

→ STORY. At the trial of the attacks of November 13, the rebellion of four accused

That of a seasoned cadre of Daesh. According to the prosecution, Osama Krayem was part of an elite unit attached to Daesh’s foreign operations cell. A “big client” assigned to go to Europe to participate in the wave of attacks, including in Brussels, in 2016. At court, the investigator recounts the journey and the relationship to the faith of this Swedish jihadist.

“Her sister noticed a change around the age of 17 or 18. She said he started going to the mosque, grew a beard and shaved his head. He wore traditional clothes, he followed the Koran to the letter ”, indicates the police officer, noting certain remarks made by Osama Krayem during the investigation. “He said he was for the application of Sharia law. And as long as a coalition bombed, there would be attacks and a response from the Islamic State. That they are not going to give flowers and chocolates. “

“Killing people is not a pleasure but a reaction”

The attacks of November 13? “If no one had come to strike in Syria, no one would have come to harm France,” said Osama Krayem during his hearings. The sale of slaves in the markets or the rape of women? “I am against these acts but I am a Daesh soldier (…) Killing people is not a pleasure but a reaction. »Do we need a« strong »reaction to cartoonists? “The penalty for those who mock the Prophet is death. We apply Islamic law, not that of humans. “

It is “to help” and to do “humanitarian work” that the young Swede says he left Sweden for Syria in August 2014. “But Krayem will decide to take up arms against the coalition. Once in Syria, he does two weeks of training in religious doctrine and two weeks of training in the handling of weapons, ”explains the investigator, showing photos in which we see in 2015 the accused making homemade bombs, intended according to the authorities. investigators, to attack armored vehicles. Confronted with these clichés, Osama Krayem will concede having participated in the “manufacture of explosives for martyrdom operations”.

→ READ. At the trial of the attacks of November 13, the failure of the Belgian police

It is also impossible not to address this terrible execution, in early 2015 under the cameras of Daesh, of a Jordanian pilot burned alive in a cage. A barbarism witnessed by Osama Krayem. And faced with this atrocious death, it is always the same argument of the law of retaliation that comes up. “Krayem said the pilot didn’t have to get on his plane. But that the form of his execution was not the best ”, relates the Belgian police officer.

What better define the profile of this accused until he can, like all the others, express himself on the facts. For that, we will have to wait until the beginning of next year. No doubt, then, that Osama Krayem will be questioned about this advice given from Syria to his brother who remained in Sweden. “The disbelievers are our enemies. Hate them but don’t show it. “

Chile: paleontologists announce the discovery of a new dinosaur with an unprecedented tail

Chile: paleontologists announce the discovery of a new dinosaur with an unprecedented tail