Who are the religious leaders that the Pope will meet in Cyprus and Greece? 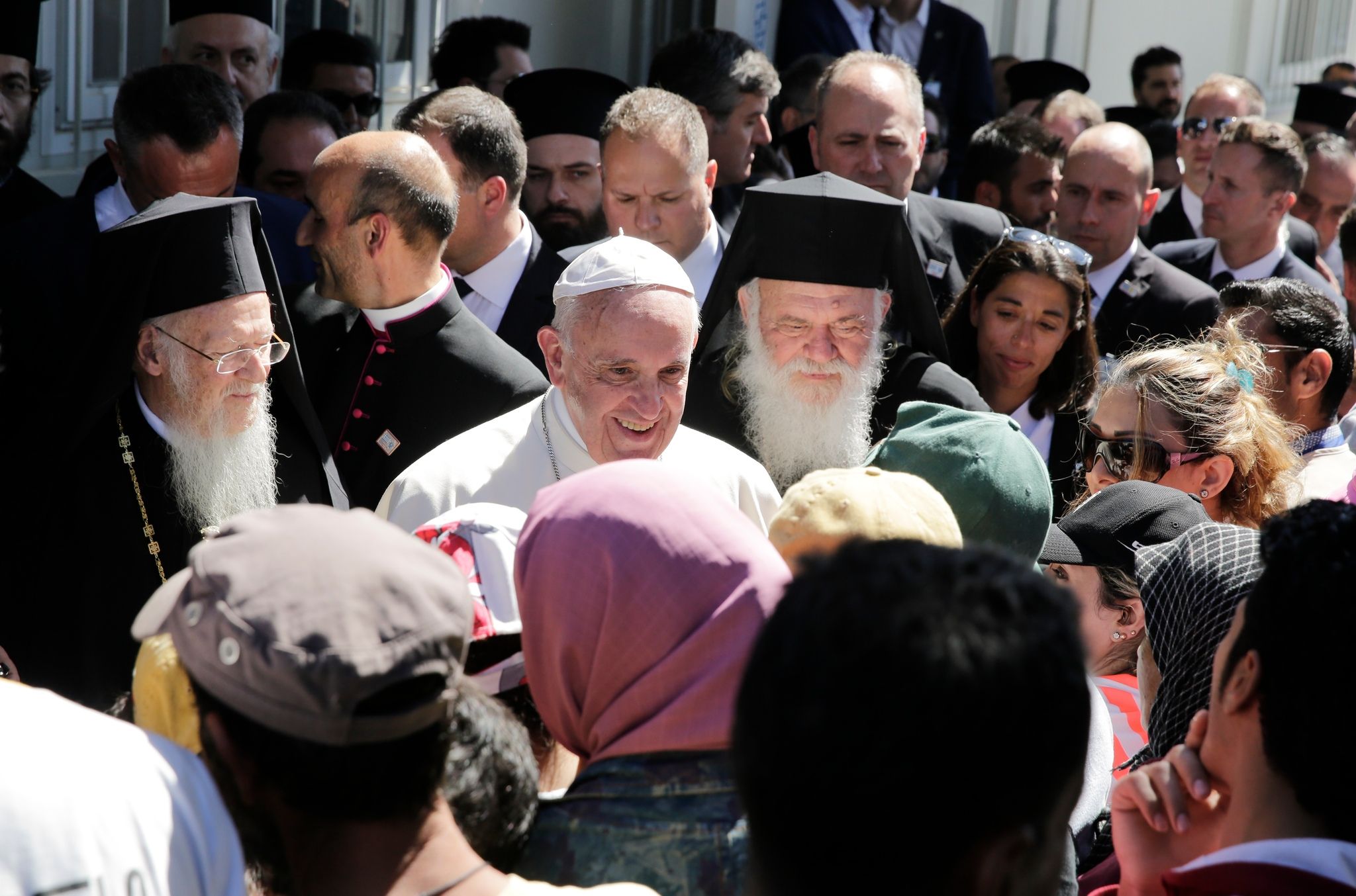 In 2007, Chrysostom II was the first primate of the Orthodox Church of Cyprus to welcome a pope to the island. Fourteen years after Benedict XVI, he was to receive his successor, François.

→ THE FACTS. The Pope’s program in Cyprus and Greece

Born in 1941 in what was then a British colony, Irodotos Dimitriou – the secular name of Chrysostom II – entered as a teenager into a monastic community which he quickly rose through the ranks before becoming Metropolitan of Paphos in 1978. In 2006, he was elected primate – archbishop of La Nouvelle Justinienne and all Cyprus – in place of Chrysostom I, suffering from Alzheimer’s disease and plunged into a coma.

Report, analysis … The journey of @Pontifex_fr in Greece and Cyprus can be followed on @LaCroix and with our correspondent in the Vatican, @LB2S

Chrysostom II is known for his conservative societal positions but also for his Cypriot and anti-Turkish nationalism. He is thus relatively uncompromising with regard to any attempt to reunify the island. In 2016, he accused Turkey of being at work behind the arrival of migrants in Cyprus, seeing it as a maneuver to “alter the national and cultural identity” of the island.

Very largely Orthodox, the island of Cyprus has only a small Catholic minority. Among them are some 12,000 Maronites, or about 1.5% of the total population. At their head is the Archbishop of Cyprus of the Maronites, Mgr Selim Jean Sfeir. Born in September 1958 in Lebanon, he was elected to this office by the Synod of Maronite Bishops in June, an appointment approved a few days later by Pope Francis.

The coming of Pope Francis to Cyprus “will help all the inhabitants of the island to live in fraternal unity and peaceful coexistence”, Mgr Sfeir recently considered in an interview with the Roman agency I.Media relayed by cath.ch . For him “the elements which bring together” the populations of the north and the south of the divided island “are much more important than those which separate them”.

On the continental shores of the Mediterranean, Pope Francis will find another primate of an autocephalous Orthodox Church, Hieronym II, Archbishop of Athens and all of Greece. Aged 83, primate since 2008, he is particularly active in the social field, notably founding centers for people with mental illnesses or homes for drug addicts.

In 2016, he received Pope Francis in his country, traveling with him – and Patriarch Bartholomeos of Constantinople – to the camp of Moria, on the island of Lesbos. He then spoke of the papal visit as a “unique joy” allowing Greece to be placed as a “pivot” to “highlight before the whole world, Christians and beyond, the current tragedy of the refugee crisis. “. This time, the two officials will meet in Athens and Hieronym II is not expected to be present during the Pope’s visit to Lesbos.

On the Catholic side, it is a newly appointed archbishop who will receive the pope. A 65-year-old Jesuit Bishop Theodore Kodidis was appointed head of the Archdiocese of Athens on July 14. A native of Thessaloniki, he grew up in the Hellenic Greek Catholic Church, which leads him to say that “the heritage of the Eastern rite and the sense of belonging to a minority permeate [s] for life and [s] a sensitivity ”.

Despite this belonging to an Eastern Catholic Church, he joined the Society of Jesus and followed his training mainly in France. Polyglot – he speaks English, French and Italian in addition to Greek – he is considered a pastor in the field, in addition to being a recognized spiritual guide.

He also takes care of the links with the influential Greek Orthodox Church, having taken care to hand deliver an invitation to his episcopal ordination to Hieronym II. According to the Jesuits, this gave him “a warm welcome, which was confirmed by the participation of ten Orthodox priests in the celebration”.

Back on the island of Lesbos after a first visit in 2016, Pope Francis will be received there by the local Catholic ordinary, Bishop Josif Printezis. Born in 1970, he was ordained a priest in 1995 after having completed part of his seminary studies in the United States, in Boston. He was appointed Archbishop of Naxos, Tinos, Andros and Mykonos last January. Covering multiple islands in the Aegean Sea, this constituency has 27 parishes and around 5,000 Catholic faithful.

In remarks reported by the UCANewsmi-October agency, Bishop Printezis believed that Pope Francis was returning to Lesbos, because he wanted “to see the evolution of the refugee question, the fruits of Greece’s efforts and to make a humanitarian declaration in order to that the Church and all European peoples care about refugees, and that the weight borne by Greece be recognized by other European countries ”.