In order to protect the budget of the University of Guadalajara (UdeG), and in the event that the Congress of Jalisco votes tonight not to increase the projected budget, the rector general, Ricardo Villanueva, proposed a popular initiative for this to be integrated into the Constitution. 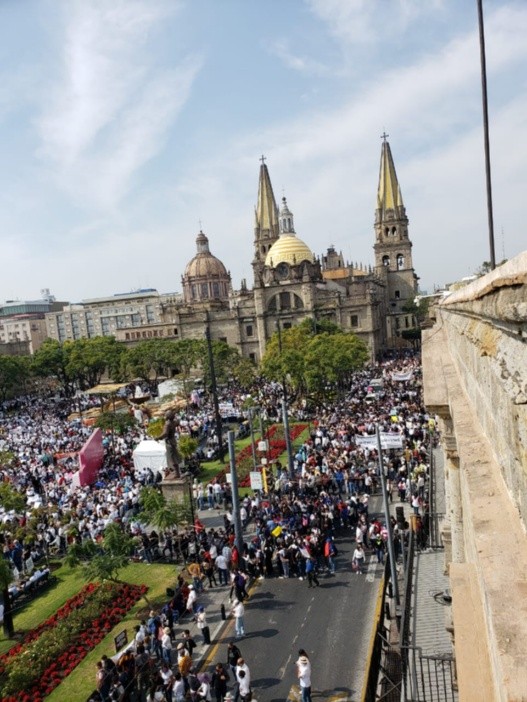 “Today I don’t know what happens at night, but if they run us over, I want to invite you to start a popular initiative tomorrow (Thursday) and call for the gathering of sufficient signatures so that the University has a constitutionally autonomous budget,” invited the rector at the demonstration “Fair budget, for the classrooms of our children” in the Liberation Square in front of the Congress.

This means that the UdeG budget is a percentage established in the Political Constitution of the resources of the State government.

“So as not to depend on the ups and downs of these governors who do not understand anything, who do not know the value of education or these deputies who are willing to negotiate works for their municipalities in exchange for not supporting the University. You should know: the executive has been willing that his negotiation with other banks is to give them whatever in exchange for not giving anything to the UdeG“, he claimed.

He stressed that there are already cases in the country that have their budget determined in this way.

“To not depend on the ups and downs of these governors who do not understand anything, who do not know the value of education”

He recalled that 10 years ago a popular initiative was also carried out to return the budget that they did not want to give them and reported that with 30 thousand signatures it can be started, although it was said that it was sure to be able to gather more than half a million signatures.

They condition an appointment to discuss the budget

This Tuesday, Villanueva requested an appointment with the governor to discuss the budget, however, he assured that he was being asked to first reverse the demonstration.

“They spoke to me yesterday from his office to tell me that today he would have an appointment at seven in the morning. Later the secretary spoke to me to tell me that it was conditional on the suspension of the march. I told him that if the session of Congress moved we would value it , but the secretary could not give me guarantees. I told him that it was not even valuable to cancel the march for an appointment, “explained the rector. 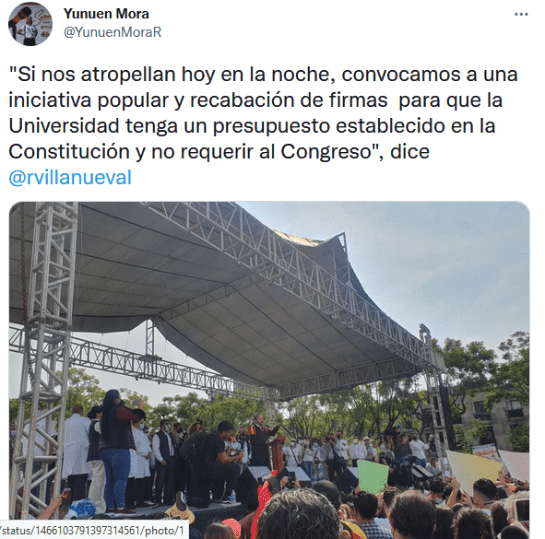 Given this, he stressed that they called him to cancel the appointment and “I told them that I hope to see the governor very soon, as I did for two years, I hope to see that sensible governor who listened to the University.”

At the site, the Federation of University Students (FEU) will hold a sit-in and camp until the budget is finalized., announced the president Javier Armenta Araiza.

While Villanueva affirmed that he would be coming and going from the International Book Fair to the Liberation Square.

Mexico increases the minimum wage for 2022; this is what will be paid

Mexico increases the minimum wage for 2022; this is what will be paid