In addition to our overview of films on TV, we regularly highlight the best film on TV for you, so that choosing a film is even easier. Tonight our TV movie tip is the Oscar-nominated crime film Knives Out (2019).

Harlan Thrombey (Christopher Plummer) is found dead on his estate shortly after his 85th birthday. Detective Benoit Blanc (Daniel Craig) is asked to investigate. From Harlan’s dysfunctional family to his devoted staff, Blanc searches everything to unravel the truth behind Harlan’s untimely death.

Knives Out is directed by Rian Johnson. Netflix recently bought the rights to two sequels for a whopping $450 million. The shooting of Knives Out 2 (2022) has now been completed.

Watch the trailer for Knives Out here:

Knives Out can be seen tonight at 20:30 on Veronica. The film can now also be seen via Pathé Thuis.

Have you seen Knives Out yet? Then view the overview of all films on TV. On this page you will find all TV movie tips for this week. 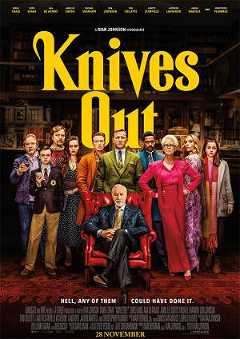 7.9 Watch Pathé Thuis (€2.99+) • When renowned crime novelist Harlan Thrombey (Christopher Plummer) is found dead on his estate shortly after his 85th birthday, the curious and charming detective Benoit Blanc (Daniel Craig) is called in to account for his death. to investigate.

Beeld: Still ‘Knives Out’ via TMDb

Head of World Cup organization: ‘Gay welcome in Qatar, but not hand in hand on the street’

Head of World Cup organization: 'Gay welcome in Qatar, but not hand in hand on the street'