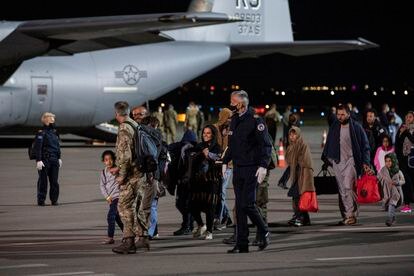 In the Albanian village of Fushe Kruje, there is a statue of George W. Bush. The capital of North Macedonia (Skopje) has a government seat suspiciously similar to the White House, and that of Kosovo (Pristina), a statue of Bill Clinton, a bust of Madeleine Albright – the US Secretary of State who lobbied for bombing Serbia in 1999 – and even a fashion store named Hillary, with clothes that mimic the style of Hillary Clinton. Kosovars, some of whom go by the name Klinton or Hillari, are often defined as “the most pro-American in the world.”

Perhaps not surprisingly, therefore, that last August, when Washington asked its partners to help evacuate civilians from Afghanistan against the clock, these three relatively small and poor countries were the first in Europe to apply as a stopover for refugees. “Without any doubt or condition,” Kosovar President Vjosa Osmani wrote when announcing it on her Facebook account.

Albania is, in fact, the country in the world that more Afghans (4,000) have accepted to host temporarily until they leave for their final destination, mainly the United States. There they wait for visas in student residences in Tirana or in hotels on the Adriatic coast.

Almost three times smaller, Kosovo, the former Serbian province whose declaration of independence in 2008 is recognized by about half of the United Nations countries, agreed to accommodate up to 2,000 for a maximum of one year. Amnesty International has criticized the opacity surrounding their situation at Camp Bondsteel, the largest US military base in the region. It is not clear if they can move freely or what will happen to those who do not pass the new security check to which those who raised doubts in the first one are subjected. North Macedonia, for its part, is committed to hosting 780 Afghans. 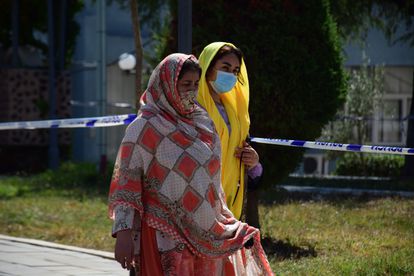 The speed and scope of these responses are the most recent signs of the clear pro-Western orientation of Albania, Kosovo and North Macedonia, which attach enormous importance to the alliance with the United States – despite being an apparent power in decline – and to a strategically organized organization. in low hours like NATO. Albania joined the Atlantic Alliance in 2009 and North Macedonia last year (Greece lifted its veto when the provisionally called Former Yugoslav Republic of Macedonia painfully agreed to change its name). Kosovo also aspires to integrate it, but it cannot because four of its members, including Spain, do not recognize it as a State.

With the other great western power, the EU, more aware of its seams than of growing and the horizon of entry into the Union full of clouds (the beginning of the accession negotiations in Tirana and Skopje is paralyzed and Kosovo is only a potential candidate) , the gestures of loyalty with the american friend they make even more sense. In the Macedonian case, it is about “showing the United States that it is still the reliable ally that it has been for a long time, regardless of who is in power in one country or another,” Marko Pankovski, a researcher at the Institute, points out by email. for Democracy Civil Society from Skopje. “Considering its limited resources to demonstrate its value as a partner, the quick reaction and unconditional support during the Afghan crisis provided an opportunity for the government to emphasize that ‘a friend in times of need is a true friend.’ It did not require great material resources, only political will ”, he adds.

In an interview with this newspaper last month, the Prime Minister of Albania, Edi Rama, defined the reception of Afghans as a mixture of commitment to the Atlantic Alliance and empathy for those fleeing the Taliban: “We cannot change the destiny of any war in which NATO participates because, in military terms, our contribution is very modest, but we do stand firm when it comes to the values ​​it represents. We were Afghans 30 years ago. We were not escaping from a fundamentalist Islamic regime, but from a fundamentalist communist government. And if we are in another place today, it is because help and shelter were offered to us. How can we not do the same within our means? It is true that we are the ones who receive the most and the first to do so, but that does not show anything about us, but something disturbing about the others, richer and bigger ”.

Ethnic Albanians – majority in Albania and Kosovo and minority in North Macedonia – support this approach with particular enthusiasm. A survey last April by the National Democratic Institute shows that the valuation of the United States and NATO among Kosovar Albanians remains very high: 4.8 out of five, eight tenths more than the EU.

In North Macedonia, support for membership of the Union has fallen to 69% (from 80% in 2014), but views on Washington and the Atlantic Alliance remain stable. Much has to do with history. The United States is, at the same time, the country that led the bombing of Serbia to stop the ethnic cleansing of Kosovar Albanians, the great supporter of the Kosovar declaration of independence, the symbol of freedom for Albanians under the brutal communist dictatorship of Enver Hoxha, the crucial partner for Skopje and Tirana to join NATO, a counterweight in the Balkans to the influence of China and Russia, allies of Serbia …

The arrival of Joe Biden to the White House a year ago fed in these countries the image that the United States would gain weight in the area, after the presidency of Donald Trump, which only left a low-value agreement between Serbia and Kosovo in exchange that the latter became one of the few countries in the world with an Embassy in Jerusalem.

“They are hopeful that Washington will get more involved in the region,” says Plator Avdiu, a researcher at the Pristina-based Kosovar Center for Security Studies. The reason is not only the turn in foreign policy announced by Biden – “the United States is back and ready to lead the world,” he said last November – but also its special ties to the Balkans. He was one of the most active voices in the defense of intervening in Bosnia and Kosovo, and has visited the area on numerous occasions, including already as Vice President, when he feared that his country’s diplomacy would forget the region after the 9/11 attacks. .

“The Balkans are not strategically secondary,” Biden told his Senate peers in 2001. She also has an emotional personal bond: Beau, her son who died of brain cancer in 2015, worked in Kosovo as a trainer for judges and prosecutors. “He loved this country as I do,” declared the current president a year later, attending the inauguration of a highway with his son’s name there. Last July, President Osmani – a Juris Doctor from the University of Pittsburgh – awarded Beau Biden a medal posthumously. 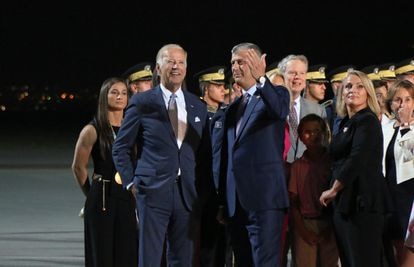 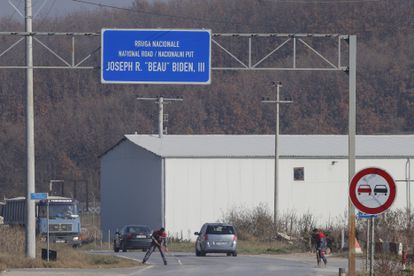 Road named after Joseph R. ‘Beau’ Biden III, near the Camp Bondsteel military base, in the Kosovar town of Sojevo, in November 2020. VALDRIN XHEMAJ (EFE)

Kosovo has an additional reason to look across the Atlantic. Although they are positions that do not respond to national interests, he views with distrust that both the EU special representative for the dialogue between Belgrade and Pristina, Miroslav Lajcak, and the head of community diplomacy, Josep Borrell, come from two of the five countries Community that do not recognize it as a State: Slovakia and Spain, respectively. Avdiu notes another: “Just over two decades ago, Kosovo experienced the same feelings [que los afganos] when their refugees were taken in. Not only in neighboring countries, but also in other European countries and even the United States ”.

Mayor Hawija: ‘We see nothing of the projects promised by the Netherlands’

The intimacy of Frank Williams, told by two Argentines who worked in his Formula 1 team

The intimacy of Frank Williams, told by two Argentines who worked in his Formula 1 team