Strange Footsteps of an Ancient Humanoid in Volcanic Ash

In Laetoli, Tanzania, footprints have been found left by an as-yet unknown upright-walking hominid 3.6 million years ago. The five imprints in volcanic ash show a relatively primitive foot, with a wide heel and a large big toe, which almost resembles a thumb.

In this respect, these footprints differ from the seventy famous and relatively modern footprints with which Laetoli became famous in the 1970s. Those famous tracks were probably left by Australopitheci afarensis, which already walked on relatively modern feet, as did the genus Homo that arose about 2.8 million years ago and to which modern humans belong.

The more primitive footsteps described now had been known for some time. In the old solidified volcanic ash of Laetoli, it was in the 1970s that the first traces of bipeds were even found among thousands of animal tracks. But because of their strange shape, they were considered bear tracks and covered with soil.

The imprint of the still unknown hominid, which was initially attributed to a bear. Photo Ellison J. McNutt

A few years ago, they were re-excavated and analyzed by McNutt and DeSilva. The special thing about the track is that the runner carefully put one foot in front of the other, something only a humanoid can do, with its narrow hips and knees bent inward. The footprints now found are small, approximately corresponding to a length of just over a meter. “It could theoretically be a young A. afarensis, but the shape of the foot is too abnormal for that,” write McNutt and DeSilva.

“This analysis of the footprints confirms modern ideas about the diversity of human evolution,” says palaeontologist Fred Spoor (Natural History Museum) from London by phone. “As early as the 1980s, there were doubts as to whether these tracks could have been made by bears, but if you had assigned them then, or even later, to an as-yet-unknown humanoid, everyone would have rolled their eyes. But now that’s a perfectly normal hypothesis. Because we know this time around 3.5 million years ago not only Australopithecus afarensis, but also Kenyantropus platyops, at least two other Australopitheci: deyiremeda and bahrelghazali – and if the dating of Little foot in South Africa is confirmed, Australopithecus africanus was also walking around . And it may even be another yet unknown humanoid that left these marks. The researchers are also careful about this, and that is very sensible.” 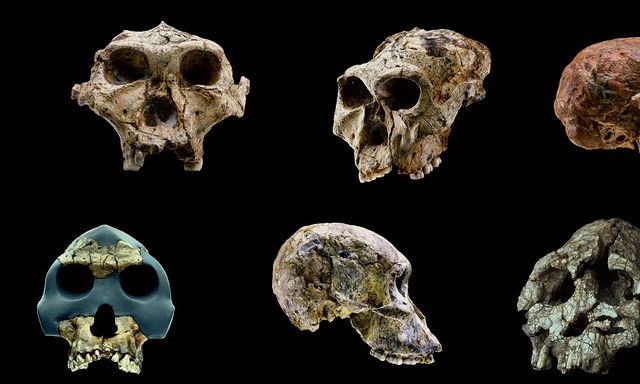 Read about the script of human evolution: Lucy and her friends

There is more evidence of unusual foot shapes during this period. In 2012, for example, nearly 2,000 km north of Laetoli, in Woranso-Mille, Ethiopia, a fossil of an unusual foot was found, also with a relatively large big toe. But in a commentary published concurrently by Nature, paleoanthropologist Stephanie M. Melillo (Max Planck Institute Leipzig) rejects the possibility of the same foot shape as the unknown Laetoli runner, especially on the basis of the relatively long length of the second. toe at this Ethiopian foot.

Why this humanoid walked so unusually for at least five steps, i.e. as a model on the catwalk with one foot in front of the other, is unclear, but no one thinks that the as-yet-unknown species will always have walked like this. McNutt and DeSilva write that it may have been a way of regaining balance after a stumble, as is sometimes seen in humans today. Spoor points out the unusual circumstances of a walk through a layer of fresh volcanic ash: “Let random people walk through a container of warm cement, and you will also encounter strange walks.”

Up to date on small discoveries, wild theories, unexpected insights and everything in between

[PHOTOS] Bangladesh: 4 million affected by floods, according to the UN

Scientists invent way to save coral

Wanderers beat Cerrito 2-0 as a visitor