Juan Bedoian, the journalist who wrote culture with ‘Ñ’ 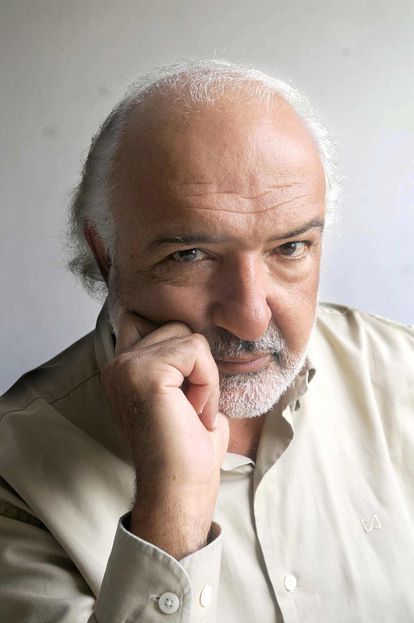 On Sunday 28, while an unusual storm for Buenos Aires was shaking the city in November, Juan Bedoain, Argentine journalist and first editor of Ñ, the culture magazine of Clarion, that since 2003 has become a reference in Ibero-American journalism. He said goodbye at the age of 74, surrounded by the love of his closest ones — Beatriz, his wife; his children, María, Laura and Joaquín, and his grandchildren, Nina and Olivo—, when the lung cancer against which he had been battling won the fight.

Each one chooses his memory of someone who has just left. An anecdote, a fragment-talisman that outlines the portrait and allows one to get used to the idea of ​​loss. It happens now with Bedoian. The images multiply like the echo. There are the fellow writers who emphasize his great nose for choosing topics or his tendency to always write what he thought, “sometimes without a filter”, or his love for the cinema, which led him to constantly hum, almost without realizing it, the soundtrack of The Godfather, or the memorable locro (a traditional stew from the north) that he cooked for the national holidays every July 9, or the bottle of Johnny Walker black label that he kept in a corner of his office closet to accompany with a shot the edition closures that they lasted past midnight. “Tucumano”, he would have added to any description, in homage to his homeland.

But all eyes coincide on the same feature. They highlight his humor, not devoid of malice when fitted, as a culminating form of vitality that Bedoian kept intact to the end.

Committed by his family history to the Armenian memory and cause (one of the last films he saw was Maró’s secret, on that genocide), had started in journalism in his native Tucumán and arrived in Buenos Aires after 1976, a disastrous year that marked Argentine history with fire with the indelible crimes of the last military dictatorship, one of whose victims was María, his own sister.

On Clarion, the newspaper where he developed his career for more than four decades, his first destination was the Mesa de los creativos, along with some of the newspaper’s great firms in the seventies: Jorge “el Alemán” Göttling, the novelist Jorge Asís and the poet Daniel Giribaldi. In December 1983, together with the photographer Dani Yako, Bedoian interviewed Julio Cortázar in what would be the last visit of the author of Hopscotch to Argentina, days before Raúl Alfonsín, the first president of the recovered democracy, took office. Cortázar died two months later and the text became an inescapable period document.

Special writer and editor in fields as diverse as international, the supplement Culture and Nation and the Second section, in the nineties Bedoian redesigned the tourism supplement, which innovated in the travel chronicle and which he continued to publish, already in the 21st century, in parallel with what was his most emblematic creature: Ñ, the culture magazine that under his leadership became, at the same time, a reference for Ibero-American journalism and a bestseller, with more than 100,000 copies per week.

“Juan had a degree in Letters, but he always kept an open mind, he did not entrench himself in the canon and he knew how to unpack the cultural scene”, highlights his friend Ricardo Kirschbaum, general editor of Clarion, who in 2003 entrusted him with the development of a rigorous and quality magazine on culture but designed not for experts, but for the general public.

Ñ he took as his name the logo of Spanish; 40 pages of culture, displayed in four fixed sections (Ideas, Literature and Books, Art and Scenarios), made up the optional, which was sold with the newspaper at the symbolic price of 50 cents. The first issue was published on October 4, 2003 and it was a hit.

It caused a turn in cultural journalism to the point that the newspaper The nation —Rival in sales of Clarion– signed the distinguished Tomás Eloy Martínez, author of the memorable Commonplace death and Santa Evita, to renew its traditional Sunday literary supplement, which in 2007 switched to Saturdays and became ADN (an already discontinued magazine), to compete with Ñ.

“In journalism we tend to standardize the impacts. But seen in perspective, it was an extraordinary moment. And Juan could have bragged about that, but he was always a low-profile talented man, very self-demanding, ”recalls Kirschbaum.

When the magazine turned 10, Bedoian retired, but kept the corner where he wrote with greater freedom: Free Zone, his column on the back cover of Travel. “I know people who travel without leaving their home. There is Dr. Marta Martínez, who sits in the gallery, serves herself a coffee and loses her eyes in her garden as if this were the extension of the green of Tafí del Valle, the Tucumán she loves, “she wrote in 2017, in a paragraph that would not have been out of tune in times of pandemic confinement.

The last article by Juan Bedoian that the curious find in the archive is his farewell to Sean Connery, in October 2020. “As with myths, matter is less interested than dreams,” he said then about the actor eternally sexy, who wanted and managed to be something more than James Bond.

Just over a year after its appearance, Ñ magazine went on tour. “I remember Kirschbaum and Bedoian happy as children while they gave Ñ away at the Rosario Language Congress, in 2004. They carried it under their arms, as do the newspaper deliverers who are called” canillitas “in Argentina, recalls Juan Cruz, one of the writers who soon made up Ñ’s lush list of global columnists, who has just celebrated his 18th birthday.