A group of Afghan girls still go to school 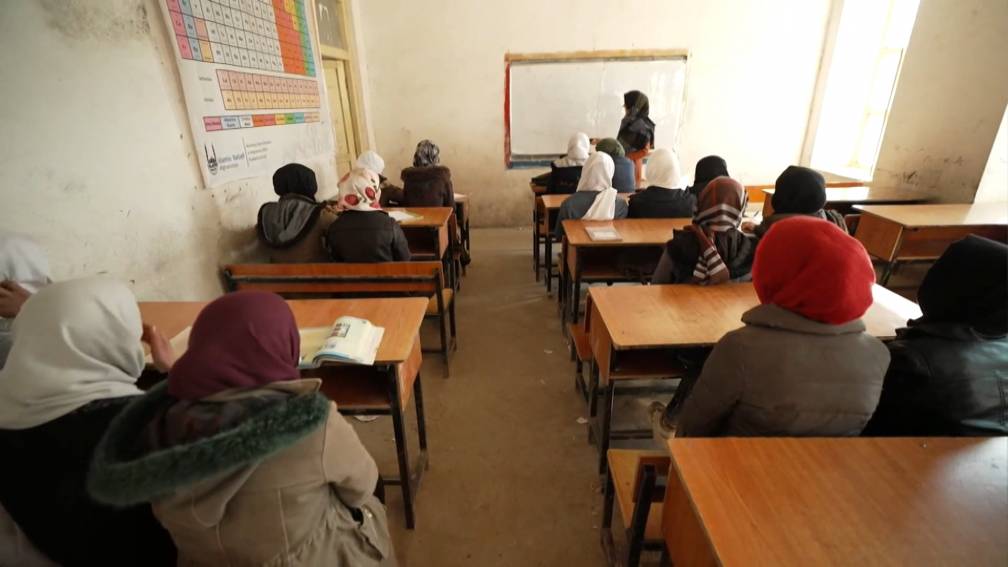 Many girls in Afghanistan do not go to school. That is because the armed men of the Taliban have power in the country.

The Taliban have introduced strict rules for girls and women. Parents fear that they will be punished by the Taliban if their daughters go to school.

But at some schools there are still girls in the class.

At a secondary school in the province of Bamyan, girls have been taking lessons again for a few weeks now. They only go to school in the morning, because in the afternoon the boys are in the classroom.

The teacher believes that girls should be allowed to go to secondary school, even if the Taliban does not allow it. A small group of girls are now being taught by their teacher. Nothing can stop them, the students say.

Since August, the Taliban have ruled Afghanistan. All Afghans must now abide by their strict rules. According to the Taliban, this is part of Islam. For example, men must grow their beards and women must wear a veil or headscarf. If they don’t, they can be punished, sometimes with violence. Most Muslims do not agree with these rules at all.

The Pope’s program in Cyprus and Greece

The Pope's program in Cyprus and Greece