What are “Human Things” in a Rape Case? 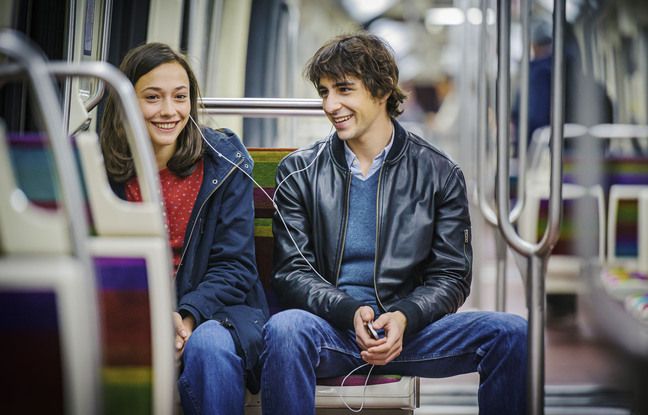 When Yvan Attal tackles a serious subject, it succeeds! In Human things, discovered in Venice and then at the end of the Deauville Festival, he sends back a boy (played by his son Ben) and a girl (Suzanne Jouannet who is making her screen debut) back to back in a rape case.

She accuses this young man from a good family of having raped her during a student party. He denies outright. It’s word against word. “I immediately saw the cinematographic potential of the novel by Karin Tuil, tells Yvan Attal to 20 Minutes. Especially at a time when people are condemned in four seconds on social media. The lawsuit which results from these accusations puts young people on the spot, but also their relatives embodied by Charlotte Gainsbourg, Pierre Arditi, Mathieu Kassovitz, Benjamin Lavernhe or Audrey Dana.

A matter of points of view

On a theme close to Ridley Scott’s Last Duel, Yvan Attal chooses not to take sides for either of them, which makes his film as original as it is thrilling. “As the father of a girl and two boys, I was constantly roused between the two young protagonists and their parents. This is what confirms the need to judge in court and not elsewhere. It is not for nothing that it takes thirty months of instruction before a trial. We quickly understand that even in a rape case, nothing is easy. It is all this subtlety that makes Human Things very engaging, as the secrets and weaknesses of both parties are revealed little by little.

The story then takes the form of a thriller to confront the different versions of the facts, leaving the viewer to form their own opinion. The film speaks of consent but also of social pressure and differences of environment to paint a complex picture. “The truth is not always uniform, notes Yvan Attal. It varies depending on where you stand. I, for example, can change my point of view, including politics. When I act as an actor and want to go home early to find my family, I am on the left. While as a director, I am on the right because I am ready to make my collaborators work more! “

If he jokes in his statements, Yvan Attal tackles this theme with seriousness and sobriety on the screen. Les Choses Humaines places the characters and the audience alike in front of their contradictions, which makes it a very rich work.

Emma Coronel: Details of the attempt for a third escape of “Chapo” Guzmán

Emma Coronel: Details of the attempt for a third escape of "Chapo" Guzmán