Strike by sales agents at Transilien station this Wednesday 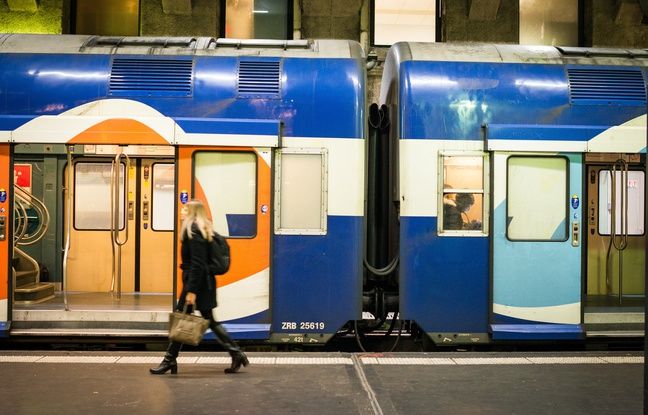 Commercial agents at Transilien station, the regional network of SNCF in Île-de-France, are called by several unions to strike this Wednesday to denounce in particular reorganizations and their working conditions.

Protesting against the “dehumanization” of stations and the “ultra-versatility” demanded of these employees responsible for selling tickets or providing information to travelers at stations, the unions are calling for “better remuneration”, hiring and “the presence of railway workers from the first to the last train at the station ”, with“ open counters ”.

It was the CGT-Cheminots, SUD-Rail and FO-Cheminots unions that called for a strike, while the Unsa railway and the CFDT-Cheminots joined the movement in the only sector of Paris-Nord (commuter trains departing from Gare du Nord, in Paris), said Emmanuelle Bigot, of SUD-Rail.

In Île-de-France, the commercial agents at the station are “all attacked”, accuse SUD-Rail, Unsa and the CFDT in a common leaflet, where these unions are protesting against the planned abolition of “a quarantine” of stations on line H and of “about twenty” on the RER B. An “understaffed” which will make the agents work “on more extensive sectors”, with “more work” and “more flexibility”, while stopping the opening of counters in “extreme evening” and Sunday will reduce “EVS” (variable elements of balance) and therefore remuneration, they criticize. The drop “can be from 100 to 300 euros on salaries of 1,600-1,700 euros net”, detailed Emmanuelle Bigot.

In a petition, the CGT-Cheminots de Paris-Nord denounces the management’s “Trajectoires stations” project and its “19% fewer trains” on line H, with “station closures” and “drastic reductions in human presence in the few remaining stations ”. “In the short term”, the union fears a “social plan among the railway workers, starting with those of the commercial”. And “the dehumanization of stations often generates growing insecurity,” he worries.

In its strike notice, SUD-Rail regrets that “the SNCF has been disrupting the stations for years” and lists the current reorganizations of Transilien: one carried out in June in the Paris-Est area, where “the management does not respect indemnification commitments ”; those “under presentation” for Paris-Nord, Paris-Saint-Lazare and Paris-Rive gauche, then that “announced” for Paris-Sud-Est.