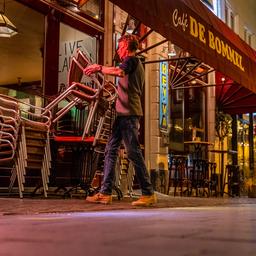 The national debt has risen slightly less than what the caretaker cabinet had assumed with Budget Day. This is because less was spent on support measures in connection with the corona pandemic than was estimated in September, according to the so-called Autumn Memorandum that was sent to the House of Representatives on Tuesday.

Flamboyant daughter of Zara founder rises to the top of the company: the contrast with her father couldn’t be greater

Heddy Honigmann: ‘There are a number of things that make me want to live’

Heddy Honigmann: 'There are a number of things that make me want to live'