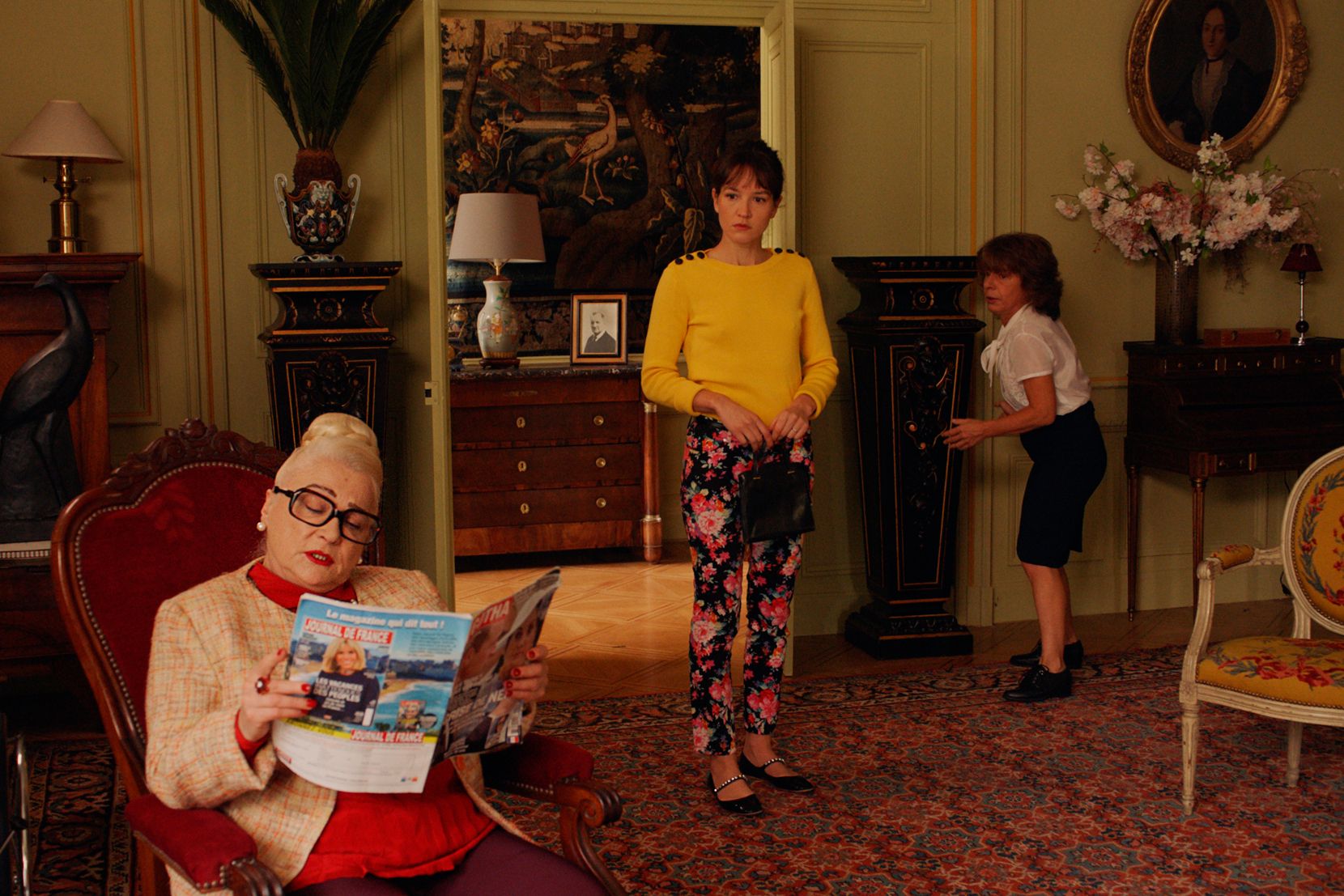 At 45, Paul is preparing to join his mother, Adélaïde Château-Têtard known as the Queen Mother, in their second home in Antibes. An unfortunate strike by Parisian taxis prompted him to take the metro for the first time in his life. But the teller, Ava, is categorical: 40 minutes will not be enough for her to catch her plane. On an insane impulse, the offspring of the 16th arrondissement who has always resisted the women presented by Adelaide invites the kind little employee of the metropolitan to take a walk in Bagatelle park. Between them is born an idyll, hardly to the taste of the Queen Mother. But if we have to go through this for the Château-Têtards to have an heir …

From the first images, a warning sets the resolutely offbeat tone of Antonin Peretjatko’s universe: “For the sake of fairness, the title contains as many vowels as consonants. After The Law of the Jungle where a trainee at the Ministry of Standards had to ensure that the first dome ski resort in Guyana complies with European texts, he draws a class struggle with unexpected outlines.

→ To read. “The Law of the Jungle” or the promotion of skiing in Guyana

No revolt at Ava, even when she discovers that the Château-Têtards owe their fortune to the sale of elevators to Pinochet. Moreover to the dictatorial tendencies of the Chilean that she puts forward, Paul calmly opposes that “he was for the freedom to undertake. “

The class struggle, it is rather Adelaide who leads it. Furious at not seeing any heir appear under Ava’s flowery dresses, she convinces herself that she has a lover, whereas it is rather a solid boredom that the young woman tries by hill and by dale to cheat. To confirm what she smells, the Queen Mother hires a private detective in charge of chasing Ava with the firm intention of excluding her from the seraglio.

Even if Josiane Balasko has to play with Adelaide, a character too one-piece that ends up boring, the cast is delighted, from Anaïs Demoustier, sparkling enough to annihilate the apathetic inclination in the carefree Ava, to Philippe Katerine, perfect as an eternal son in the long run. fringe and short ideas totally disconnected from the realities of his contemporaries, including William Lebghil, convincing detective with relative courage. If the film borrows from the vaudeville of the 1960s by its aesthetics and its music, La Piece Reportée traces a singular furrow by multiplying the burlesque finds and the scathing allusions to the news, yellow vests massacred during a hound hunt, to the theory of runoff which dispenses these well-born children from indulging in the ugly flaw of solidarity.

OL will put nets in front of the turns, the supporters are back

OL will put nets in front of the turns, the supporters are back