IVG: “It is not in the interest of women to extend the period” for abortion, estimates a gynecologist 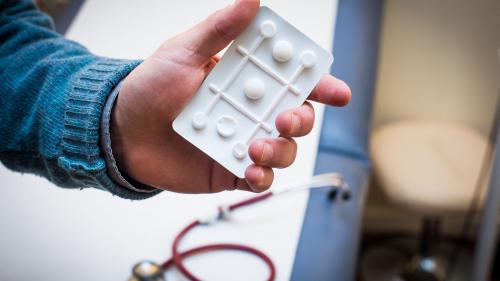 “It is not in the interest of women to extend the time (of the abortion) to be able to give them later appointments,” said Monday, November 29 on franceinfo the former president of the national college of gynecologists and French obstetricians Israel Nisan. Now a professor at Strasbourg University Hospital, he denounces a bad decision for women’s health. “I call the politicians to come and attend a late abortion, they will not last two minutes!” Israel Nisan asks for more “means” to allow “to receive women urgently” and thus shorten the period of abortion.

franceinfo: For what reasons are you opposed to extending the period for abortion from 12 to 14 weeks and asking for it to be shortened?

Because a woman who requests an abortion never requests a late abortion. She asks that we take care of her right away. When we take them in urgently, as we do in Strasbourg, not even 1% of women exceed the deadline. They are either teenagers who do not know their bodies, or women denying pregnancy. For 25 years, we have never sent anyone overseas. Women are seen immediately and urgently and abortions are done immediately.

franceinfo: What do you suggest all the same in the face of this reality of women who have abortions abroad?

Let us give ourselves the means in gynecology and orthogenics to receive women urgently. This is what they are asking for. Having a late abortion is not good for women’s health. I call the politicians to come and attend a late abortion, they will not last two minutes! How can they decide, without the advice of doctors, about something that is dangerous for women? By the fourth month, the fetus is ossified and difficult to extract. When it is done surgically, the fetus must be taken out in pieces. When it is done medically, it is a child who is visible. It is difficult for women and there are many more complications at the end of the fourth month than at the end of the third month. It is not in the interest of women to extend the time to be able to schedule them later.

What do we do with the 5% of women who are late?

There are not 5% of women who are out of time, there are less than 1%. There are 5% when we make appointments at four weeks, as in Paris, which is scandalous! I claim that, when we take women immediately as soon as they ask for it, there are a lot less women and those who remain, we have to do them in France, without sending them abroad. We have a law for that which exists since 1975 and which authorizes without limitation of time the taking of the women in charge.