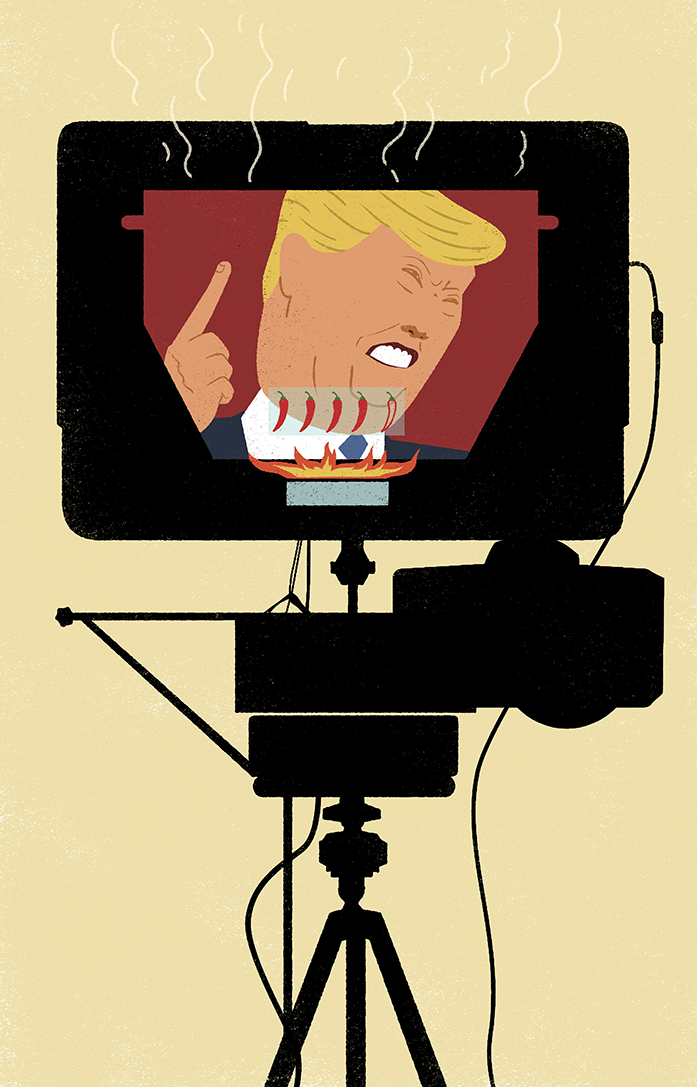 For some time now, the idea has spread that the tension and political polarization that our country is experiencing is the fault of “the politicians”. It seems impossible to deny that politicians practice polarizing styles, instead of opting for focused, calm and constructive styles.

The premise is that if we had other politicians they would practice other styles. Some want them less ideological, others more technically prepared. There are those who want them to have proven their worth in the private world or in regional or local settings, where the incentives for negotiation and agreement would be greater. In general, it is ambitious that they look less for their interests, they dialogue politely and they agree more on common interests.

One thing that is often forgotten is that politicians, like other economic or social agents, respond to incentives. There are analysts who refer disparagingly to the fact that politicians behave in one way or another “only” to win votes. This “only” is possibly an exaggeration, but doing without a communication strategy or political action to win votes is something that a politician cannot allow: votes are translated into effectiveness in influencing public policies in the sense that you consider more suitable for your community (which is the end of the policy).

In other words, a politician owes himself, to a large extent, to his public. You are obliged to navigate in an environment in which your audience will only pay attention, and perhaps be seduced, if you manage to launch messages that arrive (it is not a trivial step) and tune in to their preferences (or that manage to “activate” latent predispositions). For that, he must know the codes and participate effectively in the games that the bearers of these messages pose to the public opinion.

It is inconceivable that a politician maintains traditional styles if the media environment through which he conveys his messages has changed. Many analysts miss the political styles of the past, but do not practice them either. They lash out at polarization, but contribute to it by writing fiery 240-character tweets to discredit rivals. They lament the sentimentalization of politics, but they work in media that strive to stir emotions in the shaker of daily news. They recall with nostalgia the leisurely and cultured debate of programs such as The key, while participating in spaces of horse race journalism – electoral debate programs where they present the candidates as racehorses – where incivility and tension prevail.

The media are key actors in the framing of common issues and play a fundamental role in shaping polarized public debates. As Ezra Klein suggests in Polarized, the context in which the media compete has changed, especially after the rise of cable television and social media. The explosion of options, the upsurge in competition caused by the emergence of digital media, as well as continuous access to audience metrics, have transformed content production. This materializes a new incentive structure. The incentives to tell segments of the audience what they want to hear are much greater, relegating to the background the traditional “noble” objectives of providing accurate information to the audience or explaining what it is good for them to know. Incentives also grow to tell them things that move them and encourage them to share. In this sense, the networks have become the great amplifier of the content of other media, but only if they manage to motivate people to tell the world about it in the first place. Motivating audiences to reproduce content is the new great challenge for the political media.

One of the most successful strategies has been to create formats that convert interests and opinions into identities, strengthen those identities, and confront them with antagonistic identities. The gatherings and debates that take place in accordance with these new formats are no longer interested in identifying consensus, distilling what is shared by dissenting voices or looking for intermediate points. Its aim is to equip the politicians involved with ammunition and opportunities to use it against their adversaries, to announce calamities if they are not elected and instill indignation and fear. Bored politicians who simply state their arguments neatly, try to convince with reasons and data, and maintain scrupulous respect for the right of their interlocutor to express dissenting points of view have all the odds.

This is how the “strong voices” take center stage, the ones that do not leave anyone indifferent. As Klein shows, based on rigorous scientific research, in this context the more political information is consumed, the poorer the understanding of political reality, fundamentally because the more erroneous and distorted are the perceptions that one has about the side to which they do not belong.

In the new media environments, it is the politicians most adept at sowing identity conflicts who find the greatest opportunities to prosper. The great provocations of Donald Trump, which in the past would have been considered as opinions of a misfit to the hegemonic codes (which would condemn him to insignificance and oblivion) ​​find in the spaces created fertile ground to be covered, reproduced, commented on and dissected, repackaged and transferred to other spheres by those who manage them in their identity battles. In this process, they are celebrated or reviled, but they do not leave anyone indifferent. Trump places his opinion in a media machine prepared to catapult it into a new sphere of identity confrontation.

As Klein points out, “the political media are biased, but not so much to the left or right, but to the loud, scandalous, flashy, inspiring, and conflicting.” When Trump calls Mexican immigrants rapists and criminals, he captures the shared attention of people who hate him, whose “progressive” identity feels threatened, and that of people who have been anxiously waiting for someone who dares to say “the truth”.

Thus, during the primaries, the average coverage of Trump in cable news mentions was 52%. There were 17 Republican candidates in the primaries, and attention to Trump took up more time than that offered to the rest as a whole. Trump’s coverage made it impossible for his rivals to get his messages across.

Who says Trump is probably also saying Pablo Iglesias in 2014 and 2015. Or Isabel Díaz Ayuso in 2020. A new profile of politicians moves like a fish in water in the new media environment, and gets more airtime. They are treated as more worthy of comment than the most careful speeches, adjusted to the facts and oriented to the promotion of public policies. The greatest virtue of these figures is to understand what is newsworthy in the new scenario and use it to their advantage. However, as much as their styles seem abhorrent to us, they are not in the genesis of the polarization that are the profound transformations of the panorama of media competition.

Lately, voices of academics, intellectuals and qualified professionals have been raised against polarization, genuinely concerned about the implications for the quality of democracy. Unfortunately, they rarely manage to escape the temptation of anti-politics, blaming politicians and parties for engaging in practices and dynamics for which they are only partially responsible, real but limited. The first step in tackling a problem is getting to know it properly. Their manifestos to ask for more responsible, competent and committed politicians with the general interest, will continue to be a dead letter as long as they do not also direct the spotlight towards those who put the cameras, set up the stage and illuminate it. And they invite politicians to participate in the games that they propose.

My Jalisco vaccine: More than 94 thousand doses are applied to the 12 to 17-year-old group

Navigators crush Lions; They are 1st team with 20 wins

Navigators crush Lions; They are 1st team with 20 wins