“For two years,” Koh-Lanta “has shaken up my life” says Loïc 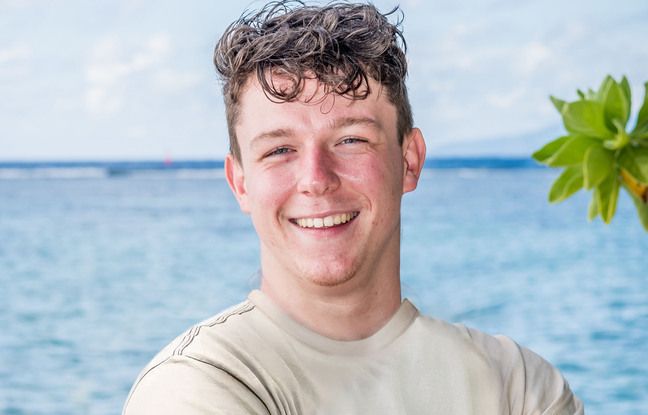 The darling of Koh-Lanta fans has left the game. A week after being sent to the island of the banished, in an individual eliminatory event, he again lost to Alix. Loïc leaves despite everything with a smile, happy to have been able to participate in this edition of The Legend, one year after being revealed in The Four Lands.

For 20 Minutes, the jovial and exemplary adventurer looks back on his experience.

What is your state of mind after the broadcast of the episode that saw your final elimination?

The days before the broadcast, I tried not to think about it too much because it’s sad… But hey, that’s how it was, I had time to digest. But broadcasting is still difficult because I relive through the screen everything that I have experienced. When I’m watching TV, I feel like I’m still there.

What state of mind were you in on this second adventure?

With the desire to integrate the adventure already, because it was not sure at all. I wasn’t hoping that someone was going to get hurt… But a little bit anyway (laughs). Otherwise, I didn’t have a specific plan or particular state of mind. I wanted to go as far as possible, to go step by step until the reunification, then the final. This state of mind had worked well on my first adventure. And above all, I wanted to enjoy his adventure, while remaining focused.

You didn’t want to change anything compared to the Les quatre Terres edition?

I was both honored and intimidated to be in an edition of Koh-Lanta the legend. So I thought I would work on strategy a little more. But hey, it did not bear fruit … So I quickly decided to make my little life and give myself fully to the tests. I was the one who decided who to vote for, I didn’t make alliances or anything.

The atmosphere seemed very different on the camp compared to your first experience.

A little. There was a lot of experience on this adventure. On the camp, everyone knows the tasks to be done, it is organized well. And then everyone knows the trials, how it’s going to be, how to manage. But apart from that, that doesn’t change the adventure: we cry, we laugh, we are hungry… It’s always the same.

During your elimination, before joining the Island of the Banished, you collapsed in tears …

Yes I was really disgusted.

I suspected that I was going to take things to heart. I was annoyed to leave at this point, at the start of the home stretch, I was completely disgusted.

Would you have preferred to be eliminated from a board?

Honestly Yes. Going on a test is horrible because you can only blame yourself. In addition, on this event I got off really well, it was an emotional lift. And the outcome was very hard to take, even on the island of the banished, or at the time of my real elimination.

Your tears then stand out with the broad smile you had when you arrived on the island.

I was super happy to join the adventure, very honored. The arrival was complicated because I was not sure I could participate. First there was a month of medical exams, then there was the arrival containment, then the doubt and again the wait as the game started without me. So the smile of my arrival, I didn’t want to erase it from my face.

You are a popular candidate for viewers. Do you, like others, suffer hate attacks on social networks?

I’m very lucky compared to others who go through things that don’t have to be. Whatever happens in the game, it’s a game! There is no death of a man. I often tell Internet users to be careful what they write because we, behind, we read them these messages and that can do a lot of harm. I haven’t received any angry messages, I try to take it all as a joke. I love having fun on social networks, and it’s one of my projects for the future, to develop projects and brands, textiles for example.

Have you had time to think about after Koh-Lanta?

Not really. I feel like it never really stopped for two years. For two years Koh-Lanta has changed my life. I never had the impression of going back down, of getting out of the Koh-Lanta mood.

Are you going to watch the end of the show?

Sure ! The pizza evening in front of Koh-Lanta is a ritual!

Yes, that’s the only change. But that doesn’t prevent me from having a pizza night again on Friday!

Weather in Tepatitlán de Morelos today: the forecast for Sunday, May 22, 2022