Faced with the coronavirus, should we reduce our social contacts now? 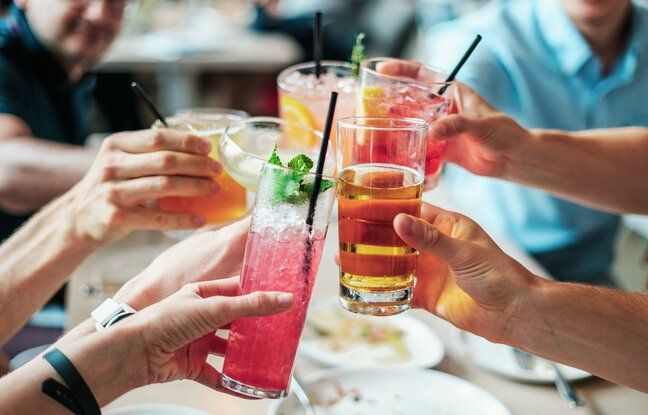 This Tuesday, Professor Arnaud Fontanet, epidemiologist at the Institut Pasteur and member of the Scientific Council, urged the French to reduce their social contacts “from 10 to 20%” because of the fifth wave of coronavirus which is sweeping over France, in
an interview with our colleagues from France Inter.

This “small effort”, in his words, would flatten the curve of resuscitation in France, enough to avoid saturation of hospitals and therefore more restrictive measures to stem the epidemic. So, should we reduce our contacts now and is it really effective? 20 Minutes takes stock.

How can reducing my contacts help?

The coronavirus is a mainly airborne virus that is transmitted mainly by the respiratory route and by physical contact, more rarely. By diffusing into the air when we breathe and even more so when we speak, shout or sing, the virus infects other people, who themselves will infect others and so on.

Based on this state of affairs, the fewer people we see, the less risk there is of contaminating them and these people who are themselves uncontaminated will not contaminate them either. “Reducing social contact is therefore breaking the chains of transmission of the virus and participating in slowing the epidemic”, notes Marie-Aline Bloch, researcher in management sciences at the School of Advanced Studies in Public Health and interviewed by 20 Minutes.

Currently, the R (virus circulation rate) is estimated to be 1.55. This means that on average a person infected with the coronavirus will infect 1.55. The epidemic is therefore increasing. The more contaminated there are, the more patients there are, the more the hospitals are likely to be saturated.

The extreme solution remains confinement: everyone at home, no one crosses paths (or almost – food shopping, face-to-face work compulsory for some professionals, etc.) and therefore the virus stops being transmitted.

Where is the most effective way to reduce my contacts?

It is mainly necessary to reduce contact in closed places and without a mask: meals at someone’s house or at a restaurant, trips to bars, or even gym sessions, if you remove the mask during your sports practice. In the open air, or when the air is renewed, the virus disperses more quickly in the air.

According to a recent study by the Institut Pasteur, it is in bars, schools and sports halls that we are most contaminated.
A previous study, dating from April 2021, already showed that 80% of contaminations were in closed closed places, against 15% in closed places with open windows, and only 5% outdoors.

Should I reduce my contacts even if I am vaccinated?

Arnaud Fontanet noted it well this morning on France Inter, there is a notable difference compared to previous waves: mass vaccination. “We could only stop this second wave in October November 2020 with measures that were those of curfew and confinement. Through vaccination, the efforts to curb this fifth wave are just to decrease our contacts, ”he said. In France, 90% of eligible people are vaccinated and 75% of the total population. This vaccination partly avoids the saturation of hospitals, reducing by more than 90% the risk of serious forms and death.

But “being vaccinated does not prevent transmitting the virus or participating in its circulation. This is also one of the errors we see in vaccinated people. They completely relax the barrier gestures, ”says Marie-Aline Bloch.

Second, the vaccine is less effective in the immunocompromised and in people over 65 years of age, in whom the vaccine antibodies do not last as long. Not all of them had time to take their third dose, a fortiori since the saturation of Doctolib with the booster dose generalized to the population. Last but not least, 10% of eligible unvaccinated people remain, including 500,000 individuals over 80 years old, and 6.5% of 65-75 year olds, one of the populations most likely to end up in intensive care. “The goal is to prevent people susceptible to serious forms from catching the virus,” says Marie-Aline Bloch.

So yes, even vaccinated, it helps to reduce your social contact. A fortiori with the more contagious variants that are Alpha and especially Delta – now in a monopoly situation in France -, while waiting to know for Omicron.

From when should I limit my social contacts?

With a daily average of 28,009 cases, up 61% in just one week, the fifth wave is here. Hospitalizations, resuscitations and deaths are on the rise. “There is no point in waiting, the faster you reduce your contacts, the faster you can influence the wave”, pleads Marie-Aline Bloch. You know what you have left to do.

Meti and the three bodies

2020, the year that Latin America spent the most hunger in the last twenty years

2020, the year that Latin America spent the most hunger in the last twenty years