Emma Coronel: What was the last photo of “Chapo” Guzman’s wife on social media?

Emma Coronel, wife of drug trafficker Joaquín “Chapo” Guzmán, was arrested in the state of Virginia, in the United States (EU), last Tuesday February 22 and sentenced this Tuesday to three years in prison by a federal judge Rudolph Contreras in the court of the District of Columbia, which represents one year less than what the prosecutors asked.

From the moment of your arrest, Emma Coronel has grabbed the spotlight from the national and international media, as well as from social networks.

This is how a last publication on Instagram is known, from his alleged account, on December 21, 2020, almost a year ago, in which Coronel She appears in a white lace wedding dress, her back, with blonde hair and wearing a flower arrangement on her head; According to the text that accompanies the image, the suit is by Mexican designer Benito Santos and the photograph by Antonio Carrillo. 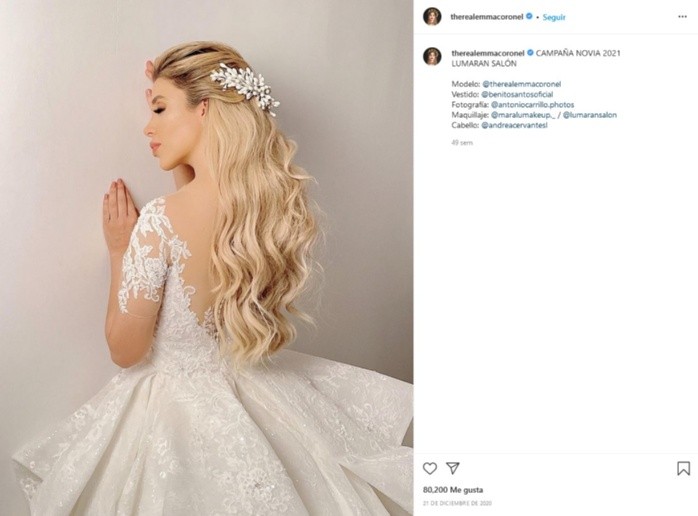 Emma Coronel married Joaquín “Chapo” Guzmán when she came of age, at 18, on July 2, 2007, according to journalist Anabel Hernández, who had the opportunity to interview her for the weekly Proceso in 2016.

Where is Eric Zemmour with justice?