The country adds more than 17 consecutive weeks of decline in infections after a third wave that reached its peak between July and August.

From the number of cases, there are 19 thousand 919 active, who have presented symptoms during the last 14 days and account for 0.5% of the total. In addition, since the beginning of the pandemic Three million 242 thousand 947 people have been recovered. 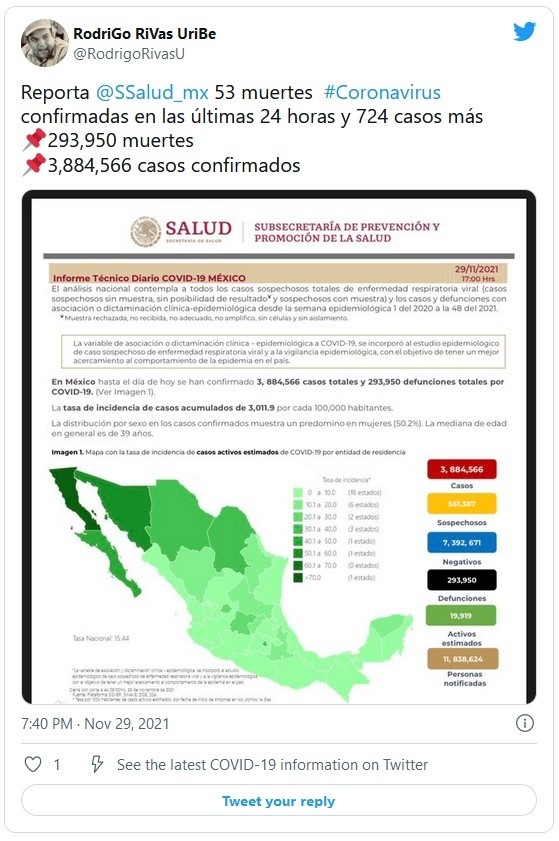 The average occupancy of general beds remains at 17% and the use of intensive therapy beds at 13%.

The authorities also indicated that within the vaccination program, which includes all those over 18 years of age, more than 132.4 million doses have been applied, adding 114,108 during the last day.

Migration crisis in the Channel: Gérald Darmanin pleads for an agreement between the European Union and the United Kingdom