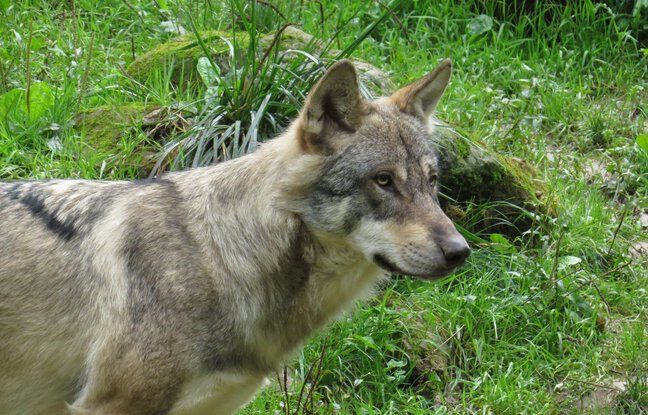 The first in a long line? Since its return to France, officially in 1992, via Italy, the wolf has continued to expand its territory in France. On November 11, a specimen was photographed in Blaru in the Yvelines. This is the first time that the presence of the wolf has been confirmed in Île-de-France by the State. Exceptional case or member of a large community? Should we be worried? 20 Minutes takes stock of the wolf’s return to the region.

Seeing a wolf in Île-de-France, is it surprising?

NON. “Absolutely not, Île-de-France was one of the most suitable regions for wolves until the 19th century. It makes sense to see him come back, ”explains Jean-Marc Moriceau, Professor of History at the University of Caen-Normandie and specialist in wolves *. Until its eradication by humans at the beginning of the 20th century, the wolf was extremely present in the region. With the change of its legal status and its protection in 1979, then 1992, it began to populate France again. “First by the southern Alps, the Massif Central, then the eastern part with the Jura, Burgundy and Champagne then the Paris basin. We see it as far as Normandy now. »According to the French Biodiversity Office (OFB), its population exceeded 600 members at the start of 2021. According to Jean-Marc Moriceau, the large forests of Île-de-France are conducive to its return, and areas like Blaru’s were already wolf passageways in the 19th century.

Will the wolf colonize the Île-de-France again?

POSSIBLE. If all the experts agree in seeing the return of the wolf as a logical expansion of its territory, the presence of a wolf does not yet make it possible to be definitive on a recolonization of Île-de-France. If it populated the region in the past, it has become highly urbanized since. In addition, the wolf observed, alone, could only be a “disperser”, according to Jean-Marc Moriceau: “It could be a male who has been rejected from the pack so as not to compete with the pack. leader, nor to the Cubs. It would then be a lone wolf in search of a place to found his own pack. Another hypothesis, this lone wolf could be a scout, in front of the pack which recognizes the ground. “But everything suggests that as it stands, Île-de-France can become a zone of presence (ZDP),” adds the specialist.

Can he approach homes, cities?

YES. History shows that in the past, the wolf was not afraid to approach Paris, and therefore very populated areas. However, we do not yet fully know its reaction to strong urbanization such as that of certain areas of the region (with the noise and nuisances that go with it). “But the wolf is a very resilient, very intelligent and opportunistic animal. We have seen him cross highways or railroads, ”says Jean-Marc Moriceau to advance a possible adaptation to the region. Near towns, wolves can behave like a scavenger, “like bears”. “If its population continues to grow, which is my hypothesis, it is likely that it will approach in search of new territories and new resources. “

Can it be dangerous for humans?

YES, BUT…
A report on the fear of the wolf, published in 2002 has shown that the wolf can be dangerous towards humans. History lists several thousand attacks on humans and especially on children in Île-de-France alone between the Middle Ages and the 19th century. “We must not forget that this is a carnivorous predator, endowed with an exceptional instinct”, recalls Jean-Marc Moriceau. However, wolf experts agree to moderate fears of attacks on humans. “Unless he transforms himself into Little Red Riding Hood, that is to say to put himself in a vulnerable position, Man is not a prey for the wolf. Rather, it is he who fears us. The specialist recalls that the fear of the wolf must be reasonable and reasoned and advises to always remain standing in front of him and not to leave young children alone in the territories where the wolf could be found. For domestic animals and especially farm animals on the other hand, the news shows that its presence is not without risks, nor consequences with regard to the regular attacks that take place in areas where the wolf is installed.