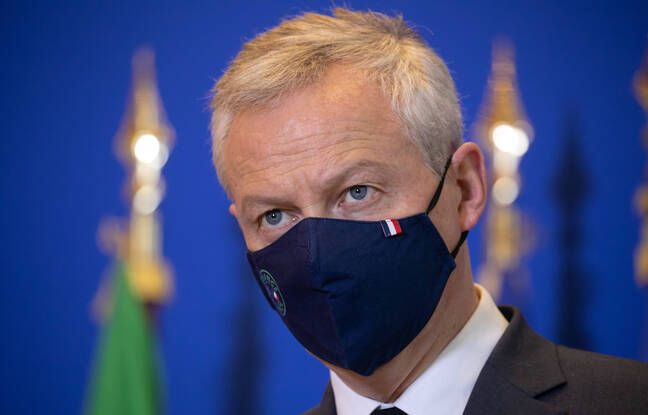 “If we want to reindustrialize the country, have a real industrial reconquest, which is at the heart of our ambition with the President of the Republic, we need a significant number of nuclear reactors,” Bruno Le Maire said on Tuesday on the sidelines of the opening of the World Nuclear Exhibition near Paris.

“The President of the Republic will determine the number of reactors needed, but reindustrialize and decarbonize, that means more nuclear reactors to produce more electricity which will be used for the decarbonization of large industrial sites,” continued the Minister of the Economy. , while the country is preparing to relaunch a construction program whose outlines have yet to be clarified.

“We are going to win this fight”

France, one of the most nuclear-powered countries in the world, is in fact preparing to build new reactors on its soil, some twenty years after the commissioning of the last ones, announced President Emmanuel Macron on November 9. . However, the number of reactors, the timetable or the financing have not yet been specified.

Bruno Le Maire also indicated that nuclear power should be “registered in the coming days” in the European “green taxonomy”, a list of energies considered virtuous for the climate and the environment. This classification will open access to green finance, giving a crucial competitive advantage to recognized sectors. “It would be inconceivable and irresponsible for nuclear energy not to be recognized as low-carbon energy in European taxonomy” and “we are going to win this fight”, assured the minister.

Bruno Le Maire sure of a compromise with Germany

“This is one of the topics of discussion that we have with the new German government, I am convinced that we can reach a compromise with Germany on this subject so that, in the days to come, nuclear power is written in full. in European taxonomy, ”he said.

The inclusion of nuclear power opposes European countries, shared between France and Central European countries on the one hand, and Germany, Austria and Luxembourg on the other hand. Berlin, however, opened the way to a compromise in mid-October.

The Irish language finally used fully by the EU