“We do not want to let go of the steak”, warns Nze Minko before the World Cup

With an already breathtaking blue record – gold medal at the Tokyo Games and silver medal five years earlier in Rio, world champion in 2017 and European champion in 2018 -, the sparkling versatile fullback Estelle Nze Minko, everything just 30 years old, is not satisfied when it comes time to find the Blue for the Spanish World Cup: “To do the double there, it would be phew”.

Now in the workforce of Olivier Krumbholz, the hyperactive young woman does not hesitate to take advantage of her growing notoriety to convey the values ​​she defends. In parallel with her sports career, Estelle Nze Minko manages her company called The V Box, which offers surprise boxes designed by and for women. 20 Minutes went to meet him on the eve of rallying Barcelona for a competition which starts Friday at 6 p.m. for the French against Angola.

How are these first post-Olympic reunions going?

It’s particularly pleasant because I suffered quite a bit from the rather brutal separation with the girls. We celebrated our victory one evening and then we all went back to our families, we had a short week’s vacation. Then direction the club and the return of the season and daily life. I missed the girls, I needed to share this adventure with them, to talk about it. It was still violent to spend a month and a half, complete and prep included, with 18 girls and overnight, you don’t see them anymore. Seeing everyone again allowed us to come back to the event, to hug each other and share the joy of being together. I used to say that this summer, I got married to 18 girls and 7 guys from the staff, it was so intense. 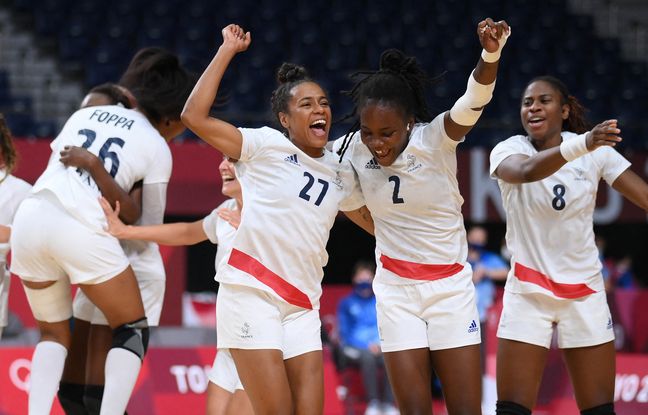 How do you go after winning the title of a career? How do you find motivation?

Ah clearly the Olympic title is the Grail. For the upcoming competition, I tell myself that three months after winning Olympic gold, if we already manage to get back on track and achieve a result in a World Cup, what a class! I’m super excited about the idea. I want to mark history even more strongly. There are a lot of teams which, when they manage to achieve a maximum result, slack off a bit or even collapse in the next competition. Five years ago in Rio, the Russians became Olympic champions, and three months later, at Euro-2016, they reached 20% of their capacity and came out in the first round. We don’t want to let go of the steak!

What is your place in this French group?

I have a role as much of mediator as of reference. I get along well with everyone, I have the feeling that everyone trusts me as much sportingly as humanly. I feel a lot of confidence and serenity in my place in the group. I think I am someone who brings people together.

How do you maintain relations with your teammates in the France team when you are each in your club?

Most of us play in the Champions League so we follow each other’s results, we send messages to each other. Today with networks, it’s all the easier to send a little love on an Insta story. I also have the chance to play with some in clubs (Laura Glauser and Amandine Leynaud who retired internationally after the Games), others have left (like Béatrice Edwige) but we have remained close. So even if we don’t necessarily tell each other about our life every day, we really keep a special bond. We are not just a team on the ground.

You play in Györ in Hungary, how do you feel there and what do you envisage for the future?

I’m fine, the start of the season went perfectly: we have 17 wins out of 17 games. I have a new coach, we have an extremely competitive team. I still have a contract season after that, so for now I have time to think about what’s next.

After a title at the Olympics, don’t we want a radical change?

This is my third year in Györ but in fact, the Covid has cut the last two seasons. My goal is clear: to win the Champions League. The first year, I couldn’t play it because of the pandemic, last year, we lost in the final. So for now, I have not yet achieved what I had come to seek in Hungary. I think this is the reason why I am still involved in the Györ project despite the successes in the France team, despite the Olympic gold. I always feel invested in this mission and I know that I play for a club which is one of the favorites.

So you have this double project in club and in blue, but also the company My V Box, which you created. What does My V Box mean?

There are several stories behind this name. Basically, I wanted to create a “punch” box because I was frustrated that the female boxes are always oriented make up and beauty. I found the box market too small. So at first I wanted to call it vagina. Except that after several discussions with entrepreneurs, I realized that it was not revealing of my project. I wanted her to be inclusive, to speak to as many people as possible. And in parallel with this name project, the V reminds me of the shape of the eyebrows of Frida Kahlo, a girl who is for me an icon.

What is the genesis of The V Box?

The idea germinated a little while ago. And during the confinement, it has materialized quite a bit. I have been playing in Hungary for five years and before that I had always lived in big cities, in Toulouse, Bordeaux, Nantes, near Paris. I had always had a very city life that I love, with its small shops and all the cultural events. And there, I found myself in a small town in Hungary, I do not speak the language and in my daily life, I felt lacking in intellectual stimulation. I could have resumed studies at a distance, but I preferred to get into entrepreneurship to develop as many skills as possible. For The V Box, I just got a little help at the beginning from an agency for the graphics, business plan and legal part, and then, I went for my ideas and my desires, just feeling.

And today, how do you operate your company from Hungary?

I outsourced the logistics part which operates from a warehouse in Sedan. On a daily basis, when I’m in Györ, it’s actually quite easy to organize. It’s more complicated when I’m on an internship because the program is less easy to predict. For example, this summer at the Games, I cut for three months. My feeling is paradoxical: I would like to have more regularity in my company but I am happy to have created it in my image. As I am a high level athlete and have a more or less busy schedule, I have not created a subscription system. And finally it looks like me because I’m not a fan of this way of working where when you don’t like a box, you can’t send it back. There, I find that the choice is nicer. 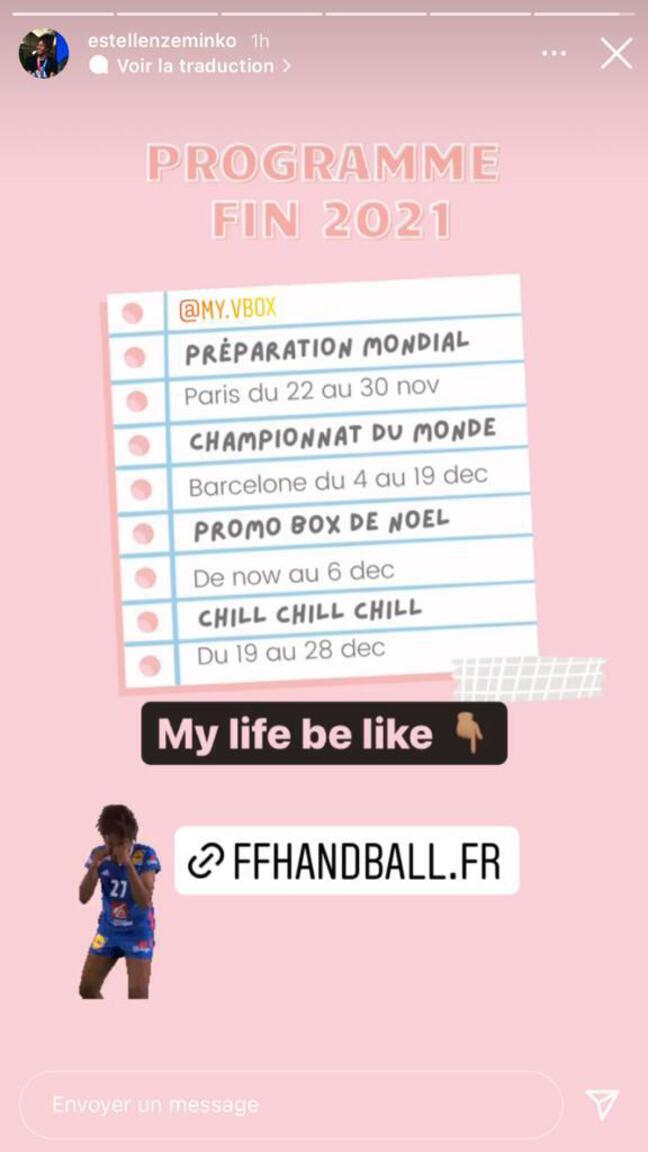 Have you had any problems with your Györ club or with the France team in relation to your entrepreneurial activity?

In Hungary, I think they don’t realize the job I do, the investment, because of the language barrier. And since he’s my employer, it’s probably not bad. It saves me discussions about “Why are you working 6 hours a day on a project other than what you’re paid for?” “. Knowing that me, it really nourishes me to manage my company, it also brings me in my athletic career. But it’s atypical, so it can trigger questions and criticism. As for the French team, I’m lucky, people trust me and that has never been a subject. After that, I am definitely walking a tightrope because the day I am going to be a little less efficient or a little more tired, I could be blamed.

Regarding your status today, how do you see yourself? Do you feel you have specific missions?

I am obviously a feminist, I love it. My definition of feminism? Be in favor of equality, and that’s it. I like the idea that I invest the money I have in my company, that my little notoriety as a pro handball player, I put it at the service of others by sending messages, by talking about taboo subjects, by inspiring the others so that they think outside the box and flourish. I have already done forums where I talk about the rules, where I deconstruct the myth of the perfect sportswoman.