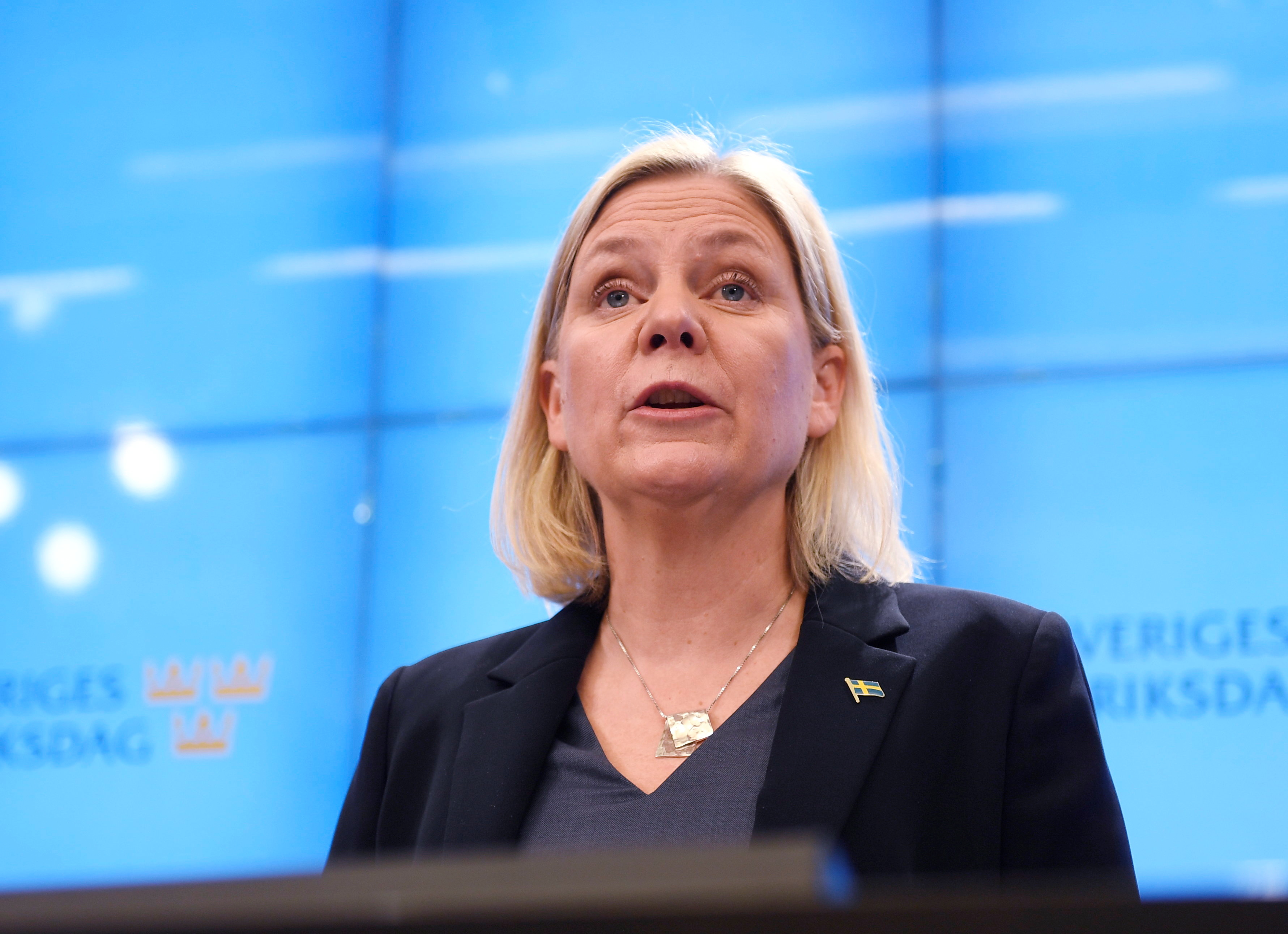 The Social Democrat Magdalena Andersson was elected Prime Minister of Sweden for the second time in less than a week on Monday. The leader, who on November 24 became the first woman to be elected to the post of prime minister, was appointed in the morning and in the afternoon, unable to approve her budget project, she resigned. He did not get to communicate to the Swedish king his team, an essential step to formalize the position. This Monday, Andersson has once again submitted his candidacy to the scrutiny of Parliament (the Riksdag) and he succeeded again: “Last Wednesday was a great day. Today it is again ”, said the socialist. “I am looking forward to starting work,” he added.

The policy has obtained 101 votes in favor, 75 abstentions and 173 against. The Swedish system requires not having the opposition of the majority of the House, set at 175 out of a total of 349 seats. Although Andersson has attracted less support than in the previous election – due to the abstention of the Greens who did support the policy last week -, he has also aroused less rejection: last week he saved the vote by a single vote against the two today.

“Like all minority governments, we will seek the cooperation of other parties in Parliament. I see opportunities for this, ”said the Social Democrat. His group, with 100 seats, is the majority in the chamber, but it is far from governing alone: ​​“We Social Democrats have a long tradition of cooperation with other formations. We will do whatever it takes to lead Sweden forward. “

The elected prime minister will meet tomorrow with King Carlos Gustavo and will announce the first names of his Government. If last week everything pointed to a coalition of socialists and greens, with the support of the Left Party, Andersson is now going to present a “pure social democratic” government. “It will be a nine-month government that will not have a mandate to govern,” attacked Ulf Kristersson, leader of the opposition and the conservative Moderate Party. His budget deal, closed with the Christian Democrats and Sweden’s far-right Democratic Party, was what blew up Andersson’s previous appointment. By obtaining a majority of votes in Parliament, the new Government was forced to apply it. The Greens, who have governed with the Socialists since 2014, refused to manage accounts in which the extreme right had participated and left the Executive. Shortly after, Andersson resigned. Now you will have to manage those accounts alone. The mandate of the new prime minister will, in any case, be short. He takes charge of the country at the end of the legislature as his appointment closes the departure of the also socialist Stefan Löfven, a former prime minister who resigned on November 10 after losing a vote of no confidence. The next general elections are scheduled for the end of 2022. “I don’t see this as the start of ten months [de gobierno]”Andersson said after his election,” I see it as the beginning of ten years.

Special flights for French people stranded in Morocco due to Omicron

Euro today in Paraguay: price of the guaraní to the euro on November 29. EUR PYG

Euro today in Paraguay: price of the guaraní to the euro on November 29. EUR PYG