SEE ESPN NOW Ballon d’Or 2021 LIVE: candidates and favorites to win the award for best footballer of the year 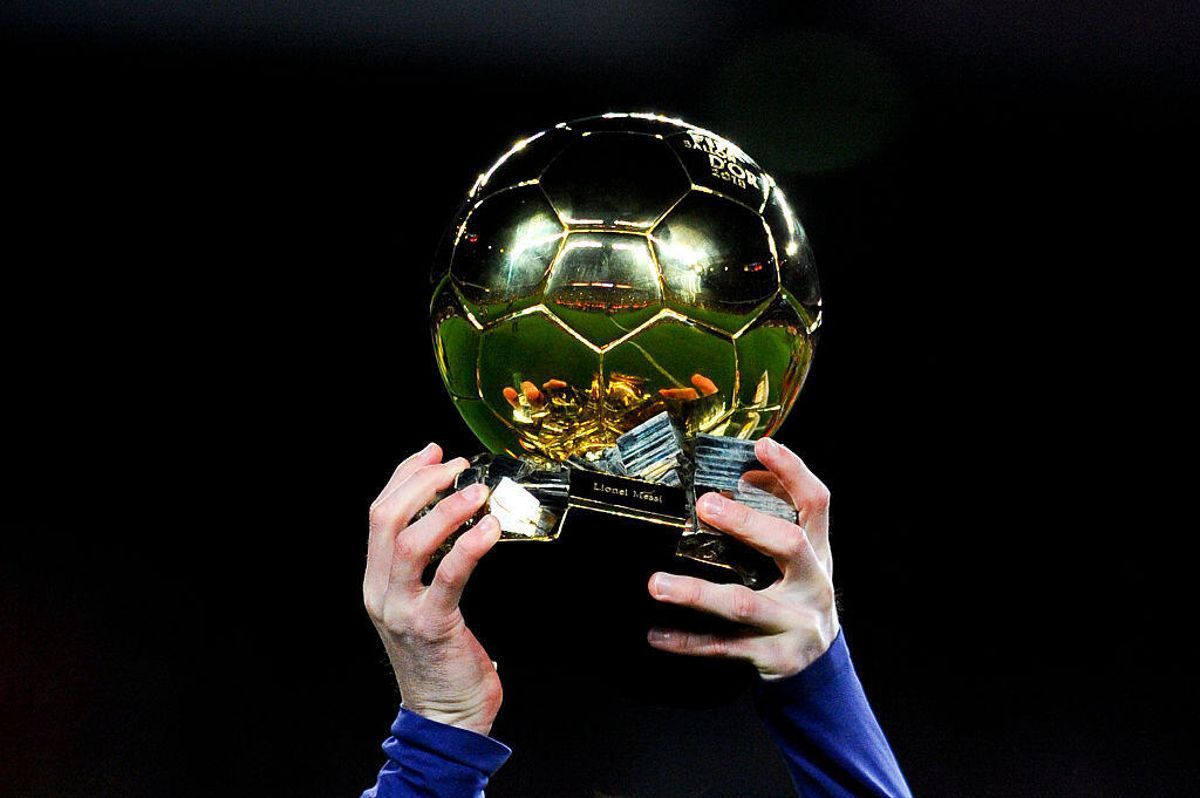 Ballon d’Or 2021: the candidates to win the award in Paris.

Ballon d’Or LIVE. Today, Monday, November 29, the 2021 Ballon d’Or awards will be held. The award returns after a 2020 where it was suspended due to the COVID-19 pandemic. The choice is fought and in this note you will meet the favorites of the gala. Journalists, technicians and captains from all over the world have a difficult time voting. Every detail could be decisive.

The big surprise is that this Monday the French half announced that they will deliver two new Ballons d’Or, so there is uncertainty worldwide. The announcement was made through a brief post on social networks: “Two new prizes will be awarded tonight.” This opens the door for there to be two award-winning players at the gala, or for new categories to be opened as best club or best scorer.

– “Thanks to my family, my girlfriend, and all the people who have made this award possible. Thanks to my teammates and former teammates who have allowed me to grow and be even stronger ”, commented the goalkeeper.

– The nominees for the Lev Yashin trophy appear, for the best goalkeeper of the year. Gianluigi Donnarumma (22), PSG goalkeeper, is the winner of the recognition.

– Drogba pauses to thank Kjaer, captain of the Denmark national team, who saved the life of his teammate Eriksen when he suffered a heart attack during the match at the European Championship. The Dane receives the applause of those present.

– Continuing with the ranking of the Ballon d’Or, it is revealed that De Bruyne was in eighth place, Salah seventh, and Cristiano Ronaldo, in sixth position.

– “I thank the coaches, the fans, the club. It is a privilege to represent Baza. And to my family, and to all my friends, I love you very much. I want to dedicate this moment to someone who has been, is and will always be very important to me. For whom I do everything. I hope you are proud of your daughter. Wherever you are, this is for you, dad, ”said Alexia excitedly.

– The Spanish Alexia Putellas takes the trophy. She is a Barcelona player, who was already recognized by UEFA as ‘Best Player’ last season.

– Mbappe takes the stage to deliver the women’s Ballon d’Or.

– The nominees for the women’s Golden Ball award appear.

– At the gala the positions of the top ten of the Ballon d’Or are revealed. In tenth place appears Gianluigi Donnarumma (PSG) and Kylian Mbappe (PSG) in ninth place.

– The Polish Roberto Lewandowski (Beyern Münich) receives the award for striker of the year. “I have to thank my colleagues, without them it would not be possible to achieve what I have achieved. And I want to thank my family for all their support, “he said.

– It is time to pay tribute to two football legends such as Gerd Müller and Diego Armando Maradona. With testimonials from close players.

– Former footballer Fabio Cannavaro takes the stage. He will be the one to deliver the first trophy of the night: Trophy Kopa 2021 (best player under 21).

– The Formula 1 drivers Fernando Alonso and Esteban Ocon, appeared on the scene with motorcycle helmets that hid their identity.

– Didier Drogba and Sandy Heribert are the masters of ceremony. They start the event by thanking the attendees for their presence and explain the prizes that will be awarded at the gala.

– Leo Messi, Robert Lwandowski and Kylian Mbappe among those attending the gala 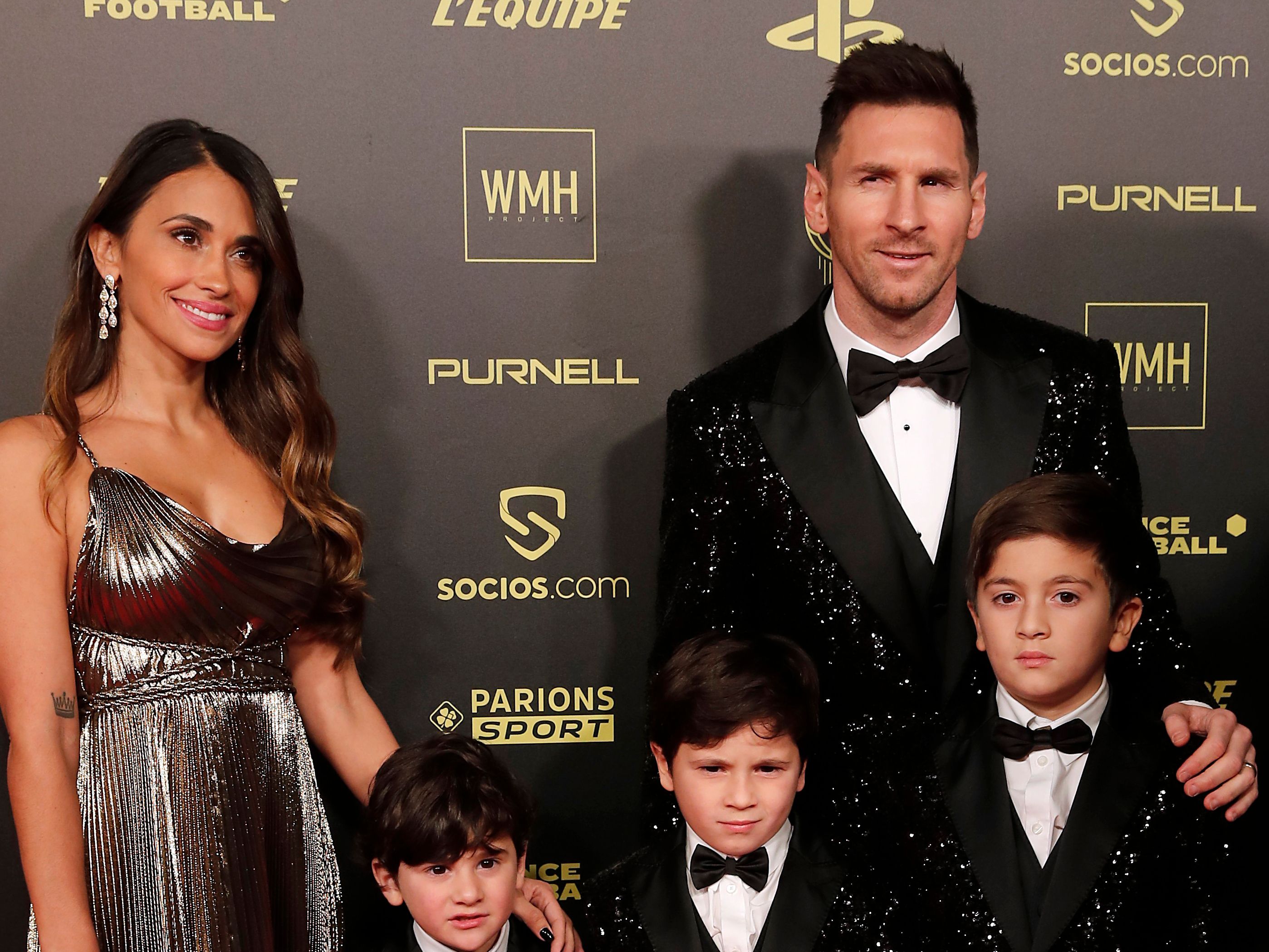 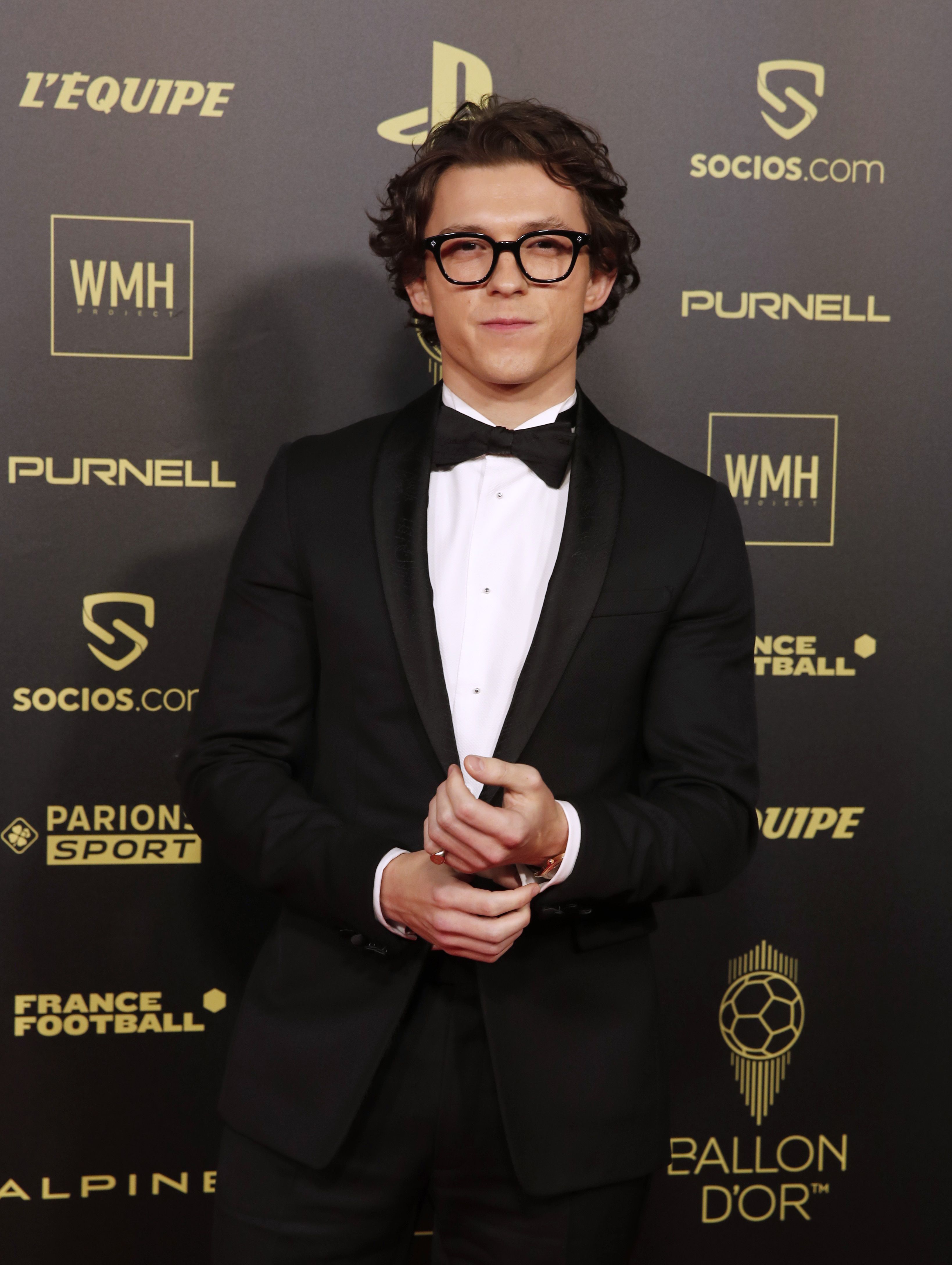 The big surprise is that this Monday the French half announced that they will deliver two new Ballons d’Or, so there is uncertainty worldwide. The announcement was made through a brief post on social networks: “Two new prizes will be awarded tonight.” This opens the door for there to be two award-winning players at the gala, or for new categories to be opened as best club or best scorer.

Lionel Messi and Cristiano Ronaldo are no longer the ‘only’ candidates to win the award. Now there are other footballers who broke it throughout the year and who would have a good chance of winning the 2021 Ballon d’Or. It will depend on what the majority vote. This could be from a movie.

The Polish striker was able to win the 2020 Ballon d’Or, but the pandemic prevented it. He had scored 41 goals in 29 league games with Bayern Munich and his name rang out loud at the awards. But in the end he only won the Golden Boot. This 2021 could be his year in Paris, since at the moment he has 12 goals in 10 games. 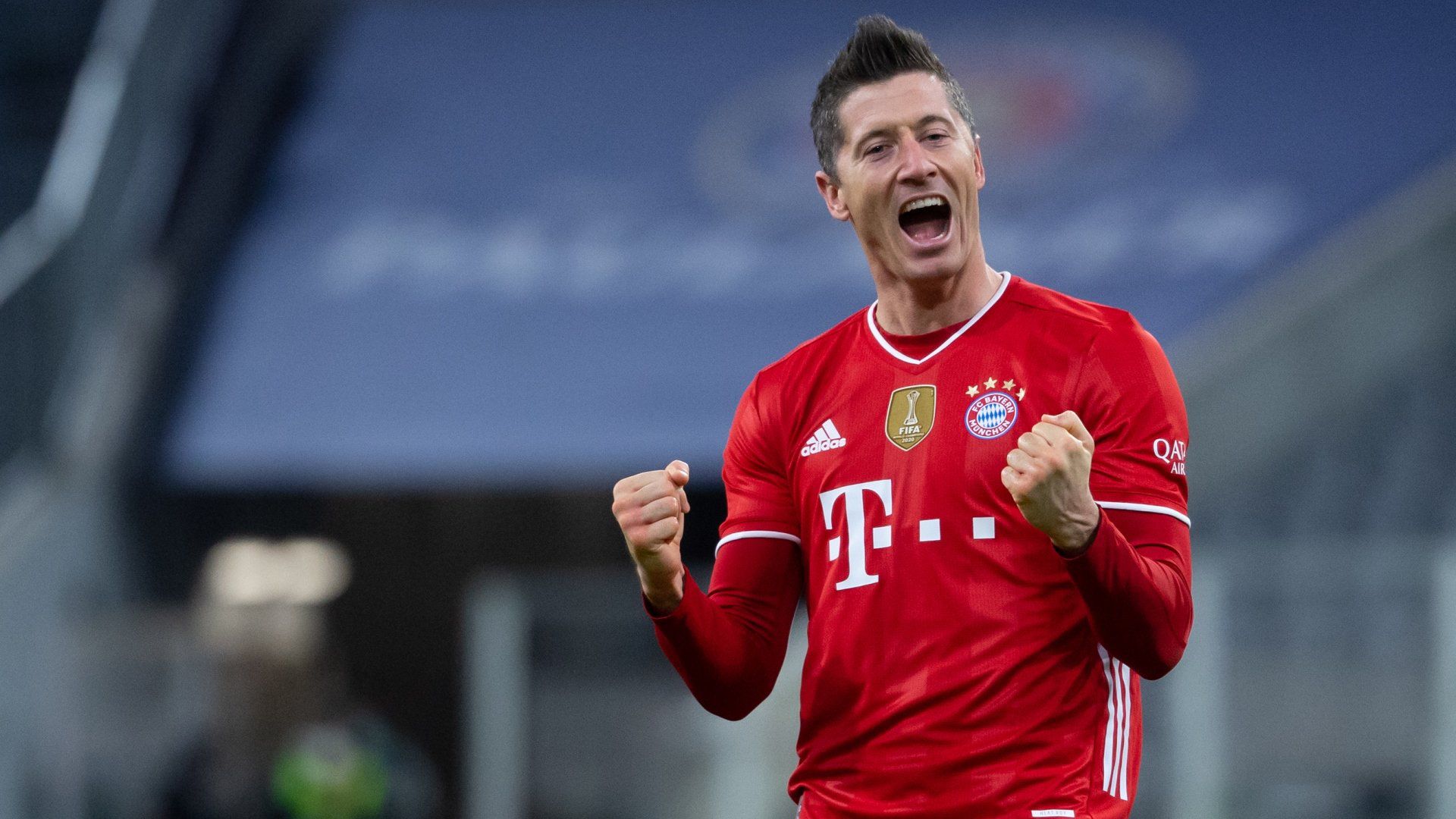 Robert Lewandowski, the most feared striker in Europe.

Probably the most complete player in recent seasons, especially after the departure of Cristiano Ronaldo from Real Madrid. The Frenchman scores and assists on all the playing fields. He returned to his team and lifted the UEFA Nations League. Of course, he could not win the Eurocup. 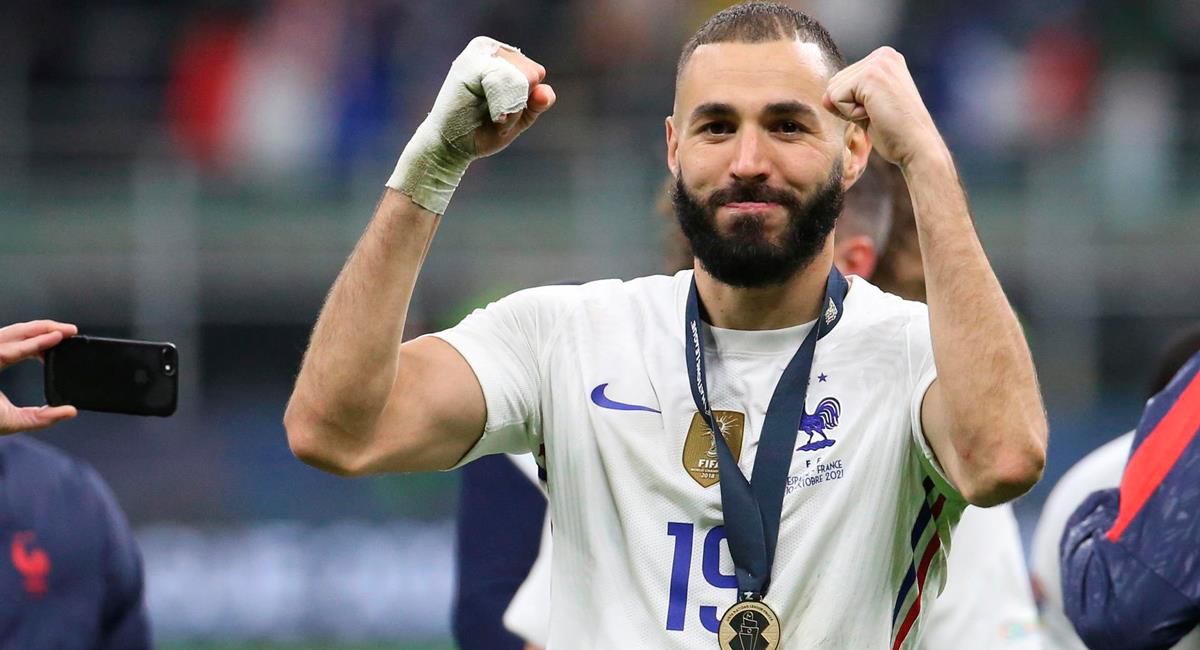 Karim Benzema champion of the UEFA Nations League with France.

He is the top winner of the Ballon d’Or with 6 awards. He cannot be left out of the favorites despite the fact that he only lifted the Copa del Rey 2021 with Barcelona. La ‘Pulga’ won the Copa América in Brazil a few months ago, where he scored 4 goals. With PSG he has not yet shown his best level, the one we all know. 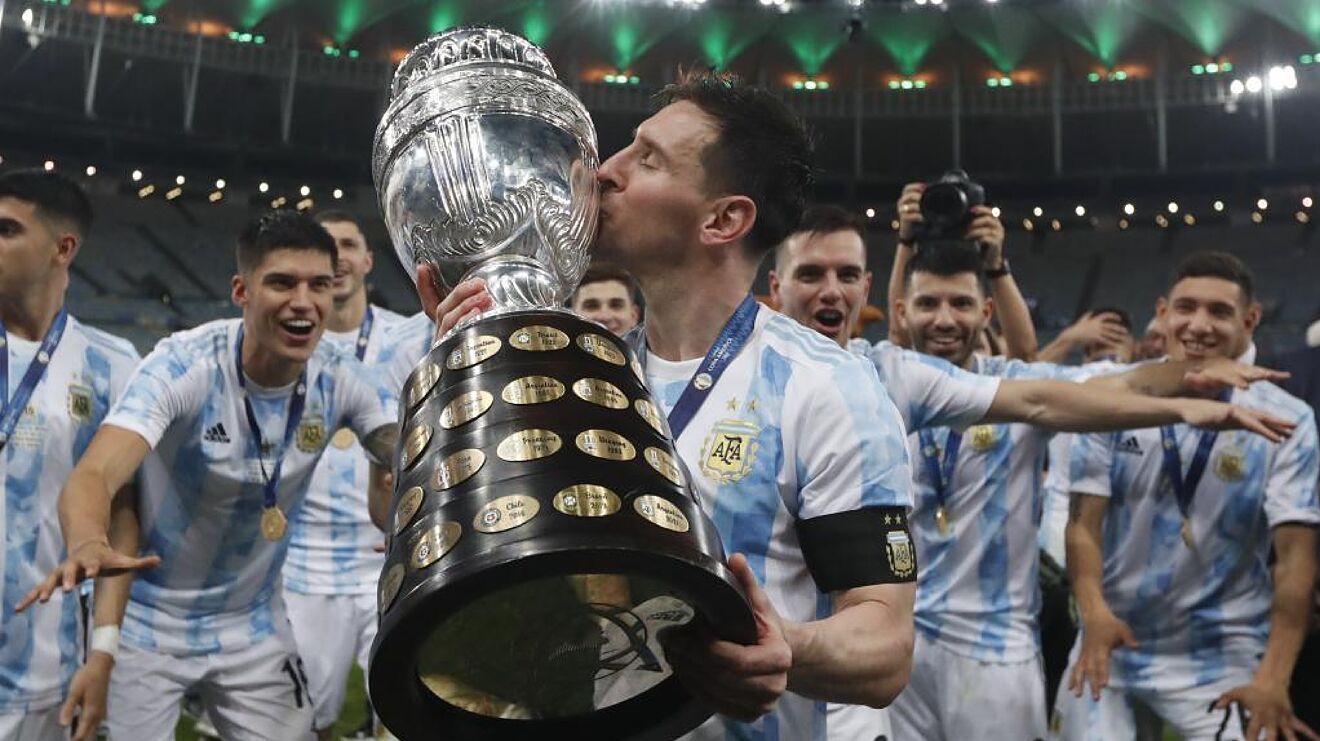 The Italian midfielder is the only footballer on this list to have won the Champions League and the European Championship. While he is not a great scorer or an assister, his name is something to be reckoned with. It is difficult, but not impossible. 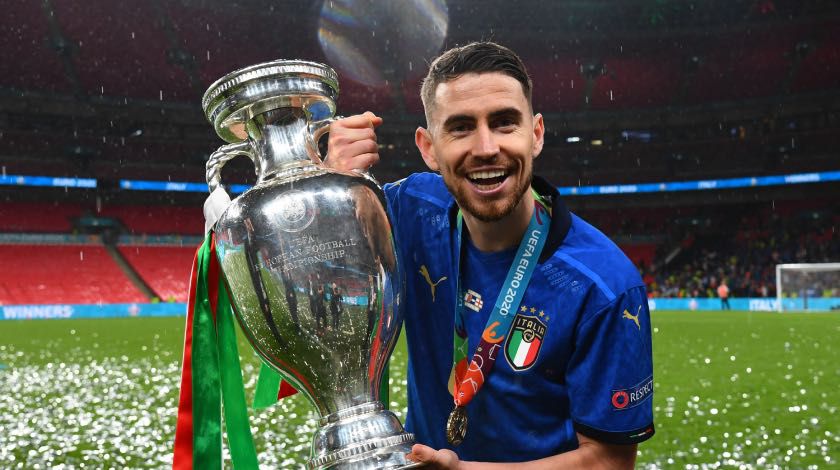 Jorginho champion of the Champions League and the Eurocup.

Kanté is by far the most beloved player by football lovers. His sacrifice in the field and his humility as a person, place him as an option for this award. He was the best player in the last edition of the Champions League. Sure appears in the ideal eleven of 2021 along with other stars. 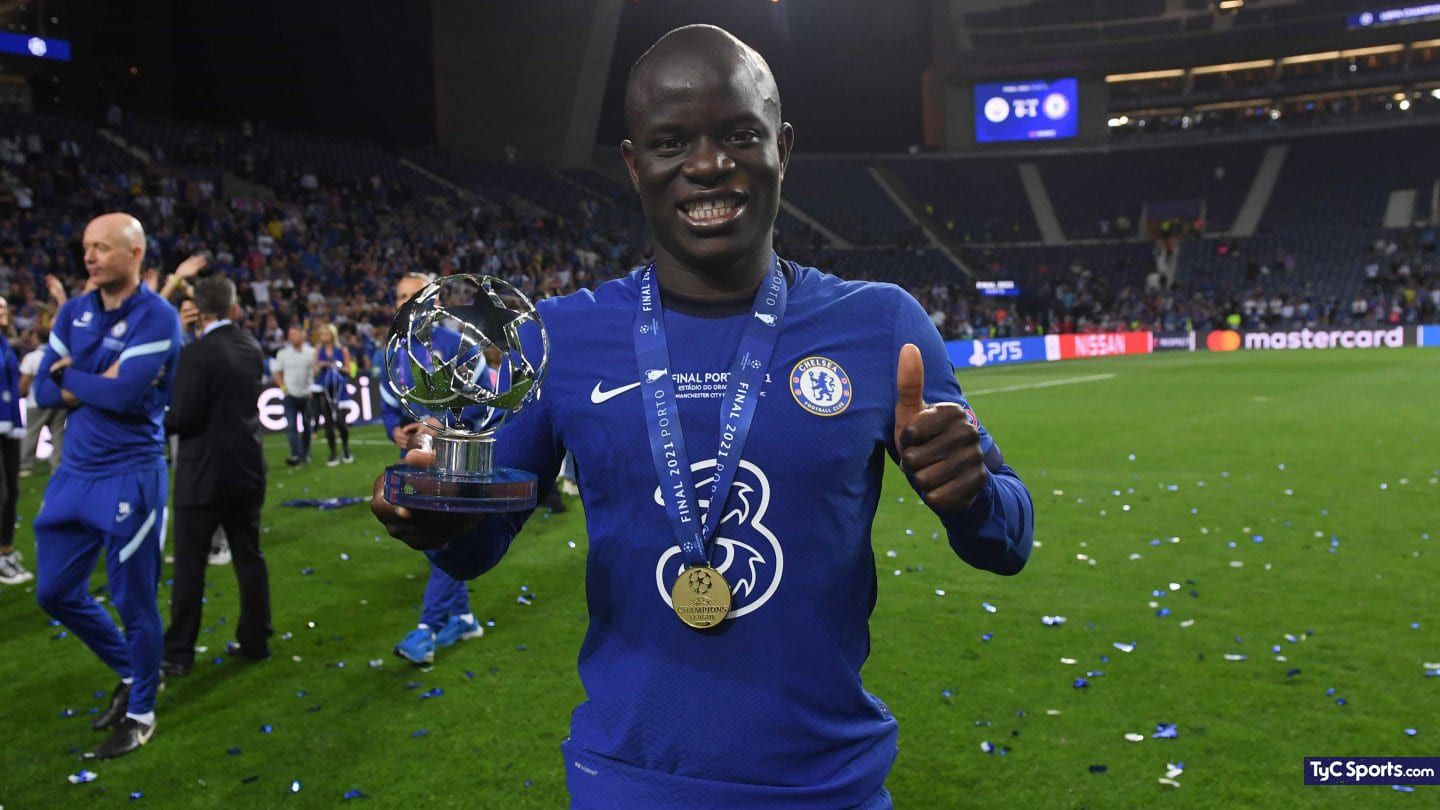 N’Golo Kanté, the ‘most humble’ player in football.

PLAYERS NOT TO DISCARD

Erling Haaland: In the previous campaign he scored 41 goals in 41 games. Its future is promising.

Kylian Mbappé: It is no longer a promise. He won the UEFA Nations League and dazzles with his game.

Mohamed Salah: His present is good: he has 10 goals and 10 assists in 10 Premier League games. In the current Champions League he already has 7 goals.

CANDIDATES FOR THE GOLDEN BALL 2021

PLAYERS WHO WON THE GOLDEN BALL MOST TIMES

Leao Butrón: “Pedro Gallese is the best goalkeeper in the history of Peruvian football”

Peruvian national team: the two rivals it would have before facing Colombia in qualifying

‘Fantastic Beasts: The Secrets of Dumbledore’ Gets Official Release Date on HBO Max

You can see these 3 funny comedy series on Netflix – Paudal