Santiago Del Moro highlighted Luisa Albinoni on Masterchef Celebrity: “You like someone from here”

This Sunday there was a new elimination gala in Masterchef Celebrity 3. And since the reality show is already in its third week, the tests are increasingly difficult and the participants have to be increasingly prepared to face them. On this occasion, Luisa Albinoni, Joaquín Levinton, Tití Fernández, la Tigresa Acuña, Paulo Kablan, Tomás Fonzi and Gastón Soffriti had to overcome the difficult challenge of preparing an exact replica of the Black Forest in seventy minutes, a typical gastronomic cake German.

Like the ex Summer of ’98 He was the winner of the first slogan, which consisted of preparing eight cake pops, he got an extra five minutes for the test, so he was the first to get to work. Later, he was followed by the rest of his colleagues, most of whom had problems along the way: some had their cream cut, others did not achieve a neat presentation. But in the midst of the chaos, there was a particular round trip between Santiago Del Moro and Albinoni.

It all started when the driver approached the actress’s station. “I want to tell you something because I think I took the card from you,” he commented. “What, love?” She replied kindly. Immediately afterwards, he pointed out to her: “You like someone from here.” To which Luisa slipped: “It may be, don’t start looking for me.” Immediately, Santiago approached and whispered in her ear: “You like the Five (Donato De Santis) seems to me ”, which caused her to laugh. “The blood pulls”, she launched amused. “Dresses? I found out the other day that you loved the Five. You look at it and you drool. I’ll leave you with that one, I continued ”, Del Moro told him. “What a woman! The fox loses its hair, but not its tricks, ”Albinoni closed. 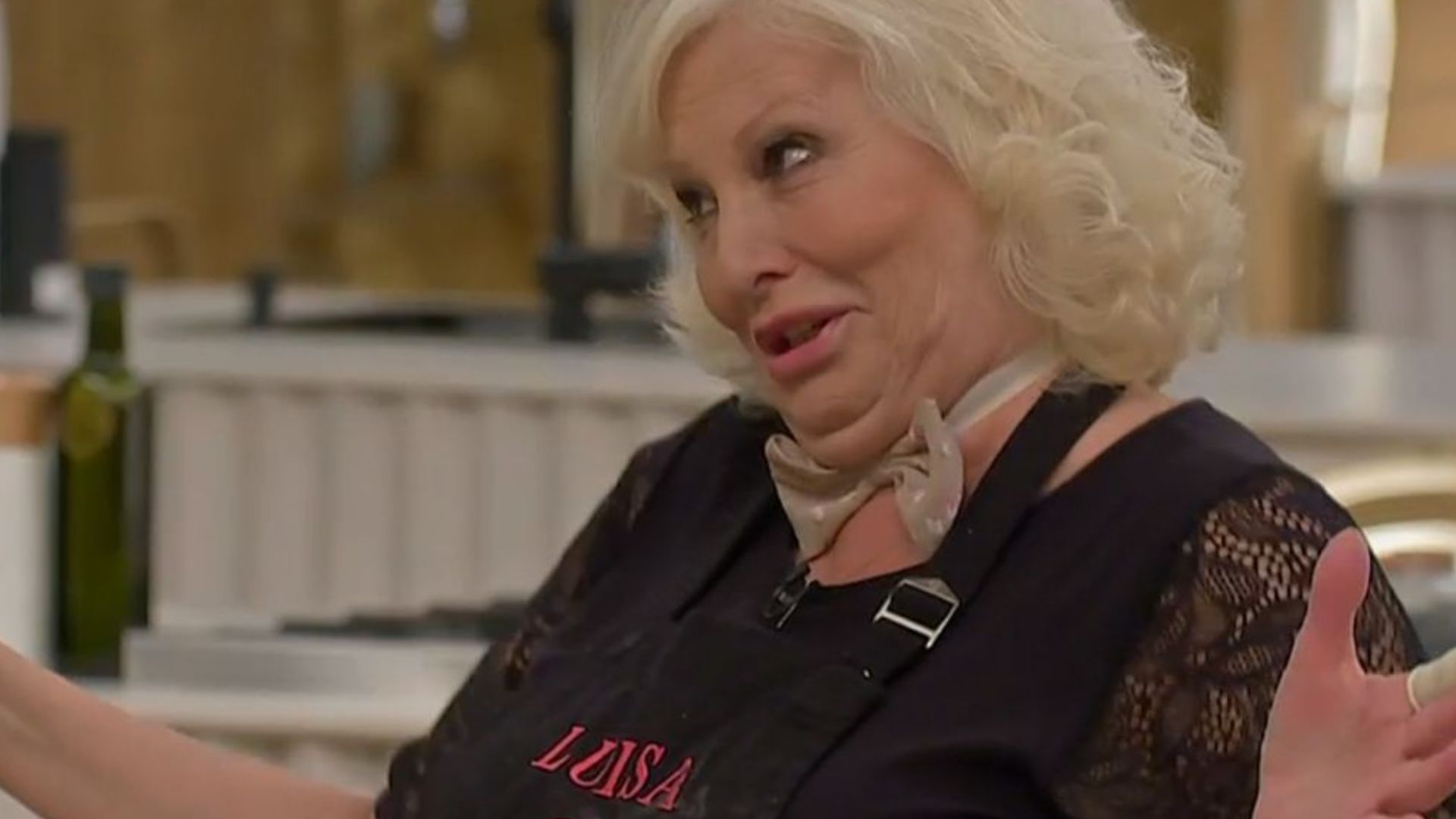 Luisa Albinoni confessed her attraction to Donato De Santis, but it was for more: “I like all three,” she said in reference to the jurors

Then, when it was the turn of the return that the jury had to make to the actress, the host returned to insist on the issue. “Luisa, nobility obliges me to bring it up to you in front of him. I asked you at the station if you like one of the jurors a little bit … ”, the driver introduced. Quick reflexes, Luisa explained: “I like all three, now that they don’t listen to us. One is enigmatic, the other is sweetness and another is passion ”. Faced with this strong confession, Damián Betular replied: “The issue is which one you stay with.” “The three of them together make a wonderful man,” she said. “Is there for all three?” Del Moro inquired. “Yes, please, I am already an old lady, I am in a position to receive good things, right? These are three chocolates ”, she closed with amusement.

After evaluating all the contestants, the show’s turning point finally arrived. In the first instance, they saved Titi, la Tigresa and Fonzi, whom they considered the best performers. Later, they saved Paulo and Luisa, so everything was left between Joaquín and Gastón. Donato was in charge of giving the verdict: “The participant who is leaving the Masterchef Celebrity kitchen today is Gastón,” he announced.

“I really want to thank everyone who is here, all my colleagues. It is great to go through this place, the experience is incredible, and I also want to thank the production. Having spent even three weeks here is already spectacular for me. I’m very happy, although I would have liked to stay, but I’m going to come back for more ”, said goodbye to the newly eliminated player.

Mora Godoy rebuked Matilda Blanco live: “I am not interested in knowing if I am well dressed or badly dressed”

The emotion of Carlos Monti at the wedding of his daughter Milagros: “It was a dream come true”