Netflix just shared the first trailer of reality series Coming Out Colton (2021– ) with Colton Underwood. The show is about how Underwood comes to understand his own sexuality and how, after much deliberation, he decides to come out.

Underwood used to play American Football at a professional level and then appeared on television. He participated in several programs, including The Bachelorette and The Bachelor. All the while he kept a part of himself silent, because he himself didn’t quite know what to do with it. But in this new reality series he breaks that silence and opens up about his sexual identity, his own confusion about it and the expectations of his environment. Watch the trailer here:

The former top athlete and television star knows almost nothing about the LGBTQ+ community, suffers from his own prejudices and is also afraid of the reactions of his friends and family. But step by step he is making progress. Coming Out Colton can be seen on Netflix from this Friday, December 3. Are you curious about what else will be released on Netflix soon? Here you will find our complete overview. 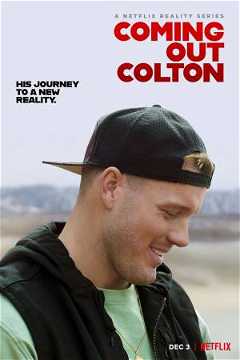 Former NFL player and ‘Bachelor’ star Colton Underwood embarks on a journey to embrace his newfound life as a member of the LGBTQ community.

Travel restrictions and quarantines: These are the measures of European countries against omicron