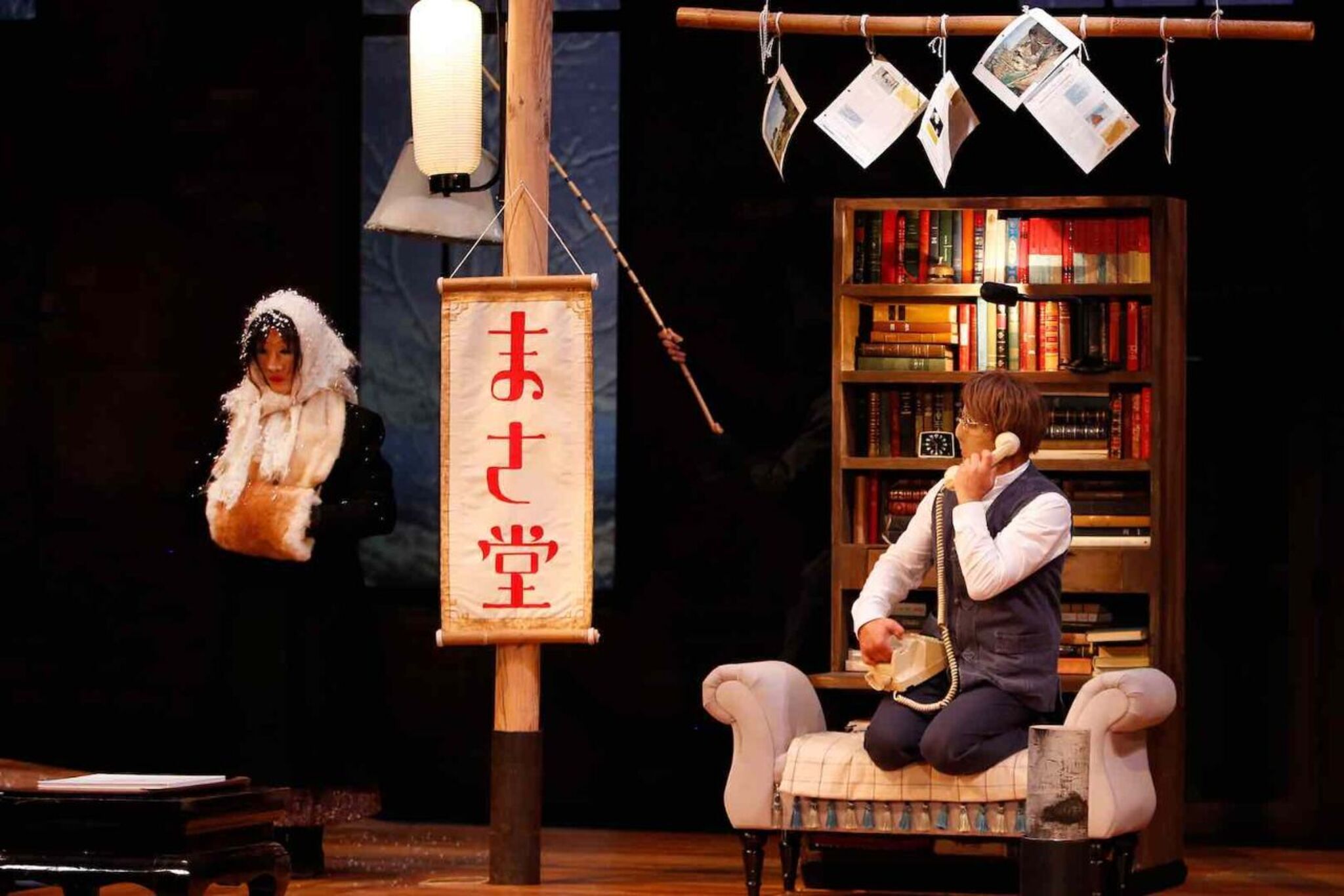 In the waltz of reunion between the public and the artists after the long night imposed by the pandemic on the live performance, these obviously take on a very special flavor. How comforting it is to reconnect with a ritual that does not vary: cross the portal of the Cartoucherie as one would pass the propylaea of ​​a dream temple then enter the vast hall of the Theater of the Sun decorated with the colors of Japan where, as in usually, the taste buds are invited to take off thanks to special dishes.

A single step in these places is enough to feel projected towards a distant horizon, a universe where the imagination grants itself all the rights and fires all the torments of the world. As a welcoming host, Ariane Mnouchkine, already 82 spring under her fiery mop, a discreet smile in her eyes above the mask. While a few latecomers jostle their neighbors to find their place in the stands, the director sits at her desk from where she will not miss a crumb of the performance, blackening pages of notes.

The curtain opens on a familiar figure: Cornélia (played by Hélène Cinque), the alter ego of the director, already seen in Une chambre en Inde in 2016. This latest creation was struck, from a distance, by the attacks of 2015, the matrix of L’Île d’Or, it, stopped dead by the first confinement of March 2020, before being reborn, mixing as always collective research, the eye of Ariane Mnouchkine and the pen of Hélène Cixous .

The magic of images

Cornelia, in a nightgown and disheveled hair, is bedridden by a virus that has just brought the world to a halt. She thinks she is on Kanemu-Jima, the Golden Island, where she was to go with her troop: “Two months in a hangar to be created, what happiness! She exclaims, with a sympathetic nod to her double. In fact, the lair of creation unfolds in the mists of his brain. From her feverish sleep emerge the characters of Yamamura Mayumi, the mayor of the island, and Anjyu, her friend, determined to organize the festival despite the increasing threats in this artistic haven: a real estate project in the sacred place fishermen, the shenanigans of unsavory politicians, etc.

The setting that forms in his mind, and under the eyes of the spectators, strangely resembles the one in which the play is being played. Its windows do not open onto the Bois de Vincennes adorned with its autumn nuances, but onto a landscape undulating under Asian lights. With haste, the kurogos, furtive black silhouettes, visibly transform the plateau, which sometimes becomes the jetty of a port, sometimes the deck of a yacht, the stage of a theater, before bathing in a dazzling ocean of colored fabrics. The production of these images embroidered with details arouses astonishment at its height in front of a stunning reconstruction of Japanese baths, in the vapors of which the protagonists hold decisive conversations.

Between laughter and wonder

The stories in L’Île d’Or escape each other like Russian dolls. There is something, at times, to get lost in the maze of these mise en abyme and the profusion of themes swept aside, from the repression of democratic impulses in Hong Kong (see also p. 8-9) to violence against women, through the mess of policies faced with the outbreak of the Covid and – in a video conference sequence that is probably superfluous – the distress of the elderly and the discomfort of caregivers.

Despite these excesses, or this sweet madness of making Japanese actors speak from one end of the play to the other, according to an inverted syntax, the magic operates. Amazement ceaselessly disputes him with laughter, especially during the arrival of the troops invited to the Kanemu-Jima festival: “The municipal troupe of small democratic lanterns”, “The great theater of peace” (only composed of a Israeli-Palestinian couple) or even the “Paradise todays” troupe, French people who like to walk around in the simplest device.

Geographical and temporal landmarks blur, the helicopter crossing the plateau suddenly seems very real, like these magnificent Asian cranes or this Mount Fuji in a coughing fit. The journey is intense, carried by the formidable troupe of the Sun, where actors of all nationalities seize the ancestral arts of kabuki and noh. All borders abolished, the spectators, feeling their child’s heart beat, let themselves be lulled by the enchantment. At the exit, they will be greeted by a volley of Japanese drums. Their rhythm resonates in the breasts, instilling a jubilant pulsation of life.

In the early 1960s, Ariane Mnouchkine made a long initiatory journey in Asia. He notably took her to Japan, where she discovered the ancestral arts of kabuki and Noh theater, which have never ceased to inspire her.

Back in France, she founded with a group of actors from the Théâtre du Soleil, in 1964.

The troupe moved to the Cartoucherie de Vincennes in 1970. A place that she leaves regularly to seek inspiration on the other side of the world (as far as Asia and Latin America), always returning with new shows.