INSEE forecasts a decline in the French population from 2044 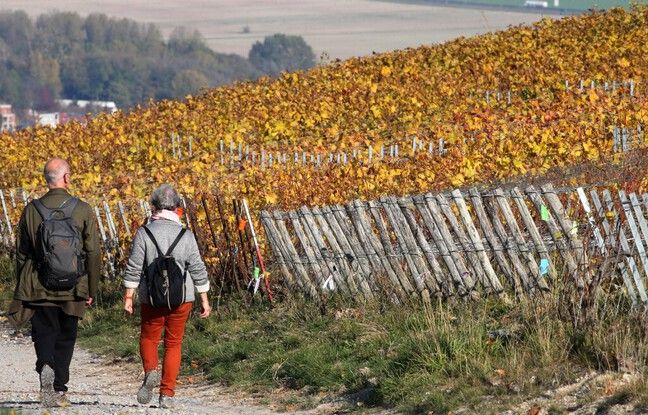 Older, fewer: this will be the face of the French of tomorrow. The country’s population will continue to grow until 2044, but demographic aging will then cause it to fall, in any case if fertility and net migration remain at their current levels, according to an INSEE study published this morning. Monday, which projects through 2070.

In this so-called “central” hypothesis, the number of births should remain higher than that of deaths until 2035, then the contribution of immigration should allow the population to continue to grow slightly – despite a natural balance that has become negative – , until reaching a peak of 69.3 million inhabitants in 2044. Then, from 2044, the migratory balance will no longer be sufficient to compensate for the excess of deaths over births, and the population should begin to decline. reduce.

The fertility rate, a varying factor

In a little less than 50 years, in 2070, France should then have 68.1 million inhabitants. This is barely more than the 67.4 million today, but with a very different age pyramid: there will be 5.7 million seniors over 75 years older than today, and, at the ‘conversely, 5 million less than 60 years younger. These projections are based on the assumption of a fertility rate that would remain roughly at its current level, ie 1.8 children per woman.

If this rate rose to 2.0, then France would have 4.1 million more inhabitants in five decades than in the “central scenario”. Conversely, if it fell to 1.6, there would be 4 million fewer inhabitants in 2070.

Who will pay the pensions?

The results can also vary a lot if we retain other hypotheses in terms of net migration and life expectancy, which leads to a total population in 2070 ranging from 58 million inhabitants, in the worst case, to 79.1 million “if all the favorable developments were combined”, according to INSEE. On a closer horizon, 2040, the projections of the experts draw an “inescapable” scenario, that of a “continued aging of the population”.

This development in fact depends “above all on the past, that is to say on the increase in life expectancy which has already occurred, as well as on the advancing age of the generations already born, in particular those of the baby boom ”, explain the authors of the study.

Whatever the assumptions used, the “demographic dependency ratio” – that is to say the ratio between the over 65s, mostly retired, and the 20-64s, mostly active – will deteriorate significantly. ‘by 2040: it will drop from 37 retirees for every 100 working people today, to a range between 48 and 53.