Yellow alert for heavy rains: there were floods and falling trees

“Very short notice. Intense rains ”, warned the National Meteorological Service (SMN) in the afternoon. The persistent and copious rainfall that fell around 3 o’clock – and had reached 30 millimeters by 5 o’clock – caused the accumulation of water in different parts of the City and the province of Buenos Aires, causing some complications, especially in traffic. . Bad weather will continue until midnight, and even strong winds will last until Monday.

General Paz Avenue, according to the different videos that circulated through social networks, was the scene of some of the most shocking images of what caused the great fall in rainfall. At the height of Sáenz Peña, the few cars that were passing through the area had to slow down as much as possible to cross the completely flooded lanes.

Something similar happened in Parque Patricios, near the Huracán stadium, on Avenida Amancio Alcorta. From the balcony, a neighbor searched a car that was practically floating in the water. 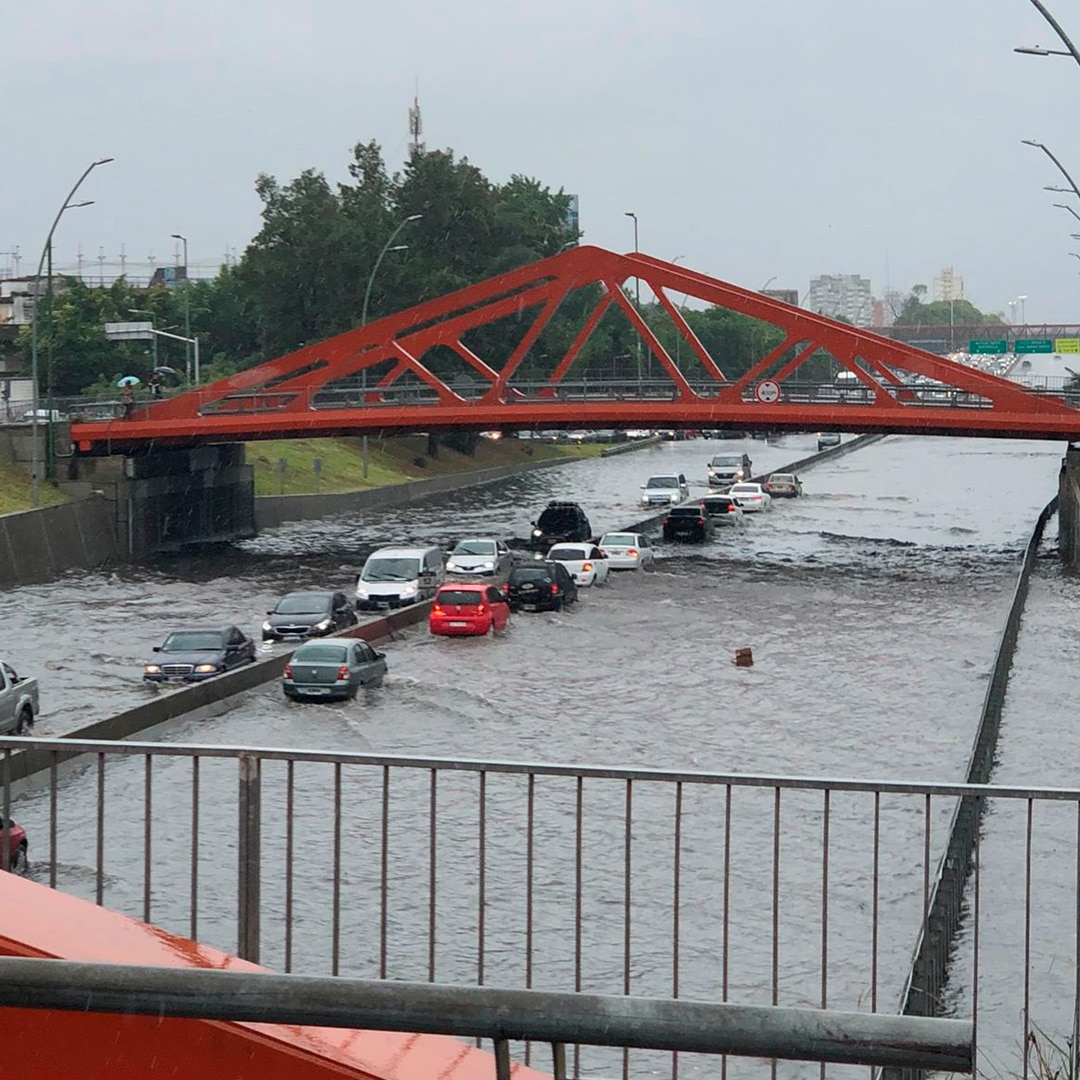 The water also complicated the residents of Villa Urquiza, Villa Devoto, Villa Luro, Coghlan and the entire line that is parallel to General Paz, as reported by the Porteño Government. In this last neighborhood, more specifically at the “Luis Alberto Spinetta” low level crossing, on Avenida Congreso at 3,900, a car was stranded under the tunnel and had to call for assistance because the water blocked its exhaust pipe and prevented it from moving forward. . In the vicinity of that area, along Congress and Donado avenues, cars were also seen almost covered by water: floating.

In the same framework, Line B of the subways suspended its service after the water entered the stairs of the Juan Manuel de Rosas station, at the height of Villa Urquiza, causing flooding. Meanwhile, in the Velez Sarsfield neighborhood, a tree fell and smashed four cars. “There were no injuries,” reported the account @AlertasTransito. 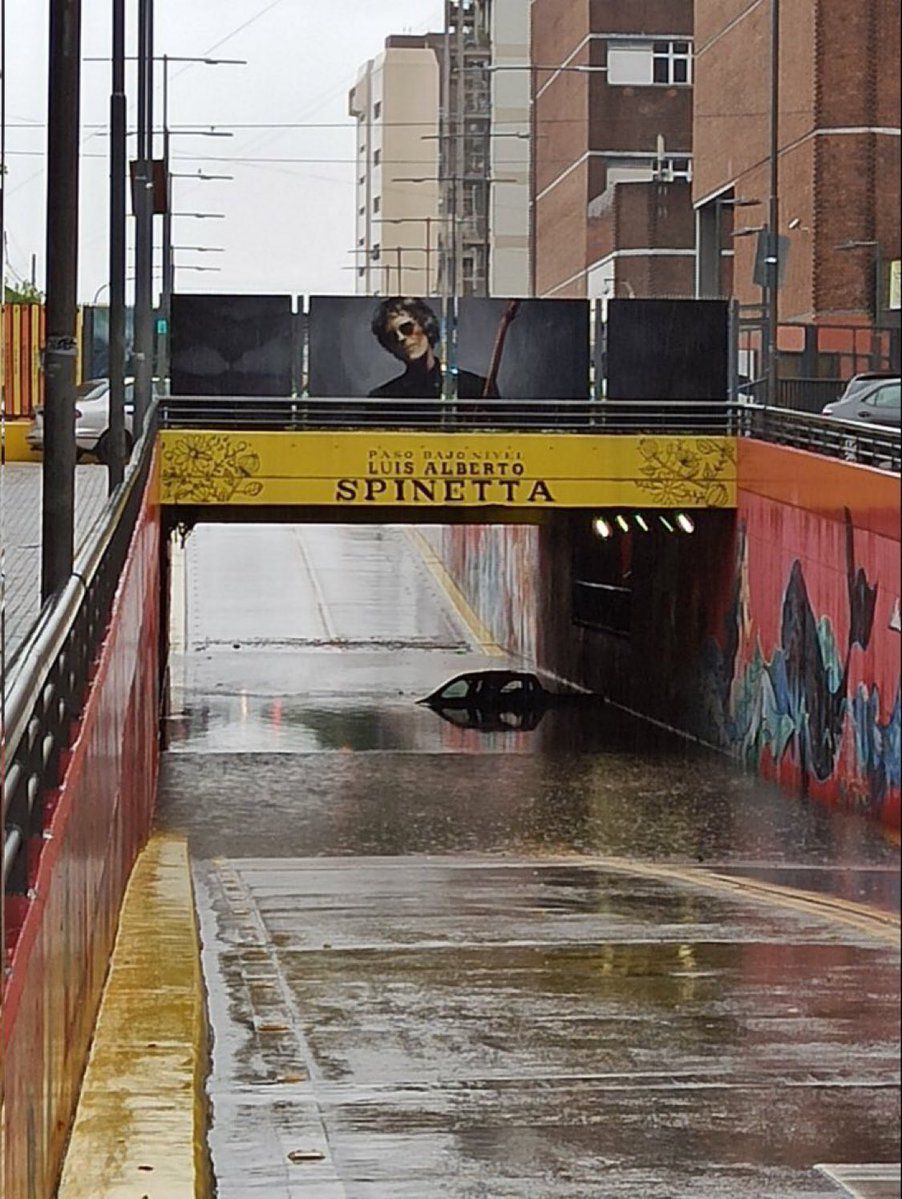 At the “Luis Alberto Spinetta” underpass, in the Buenos Aires neighborhood of Coghlan, a car got stranded under the tunnel and had to ask for assistance (Photo @tuitterdeale)

The head of Civil Defense of the City of Buenos Aires, Alberto Carita, explained that by virtue of the yellow level rain alert issued by the National Meteorological Service, a special preventive deployment scheme was launched in different neighborhoods.

In statements to the media, Carita said that the rains were short and did not exceed 30 milliliters per hour but that, equally, it is an important flow for some areas such as Villa Luro, Villa Urquiza, Devoto, Coghlan and the entire parallel line to General Paz Avenue. However, he noted that the water collected in short periods and that the entire area was drained as the rains decreased.

“Now the situation is totally normal. We have all the general directorates working together in all the points with a yellow alert, such as Belgrano, Soldati and La Boca. The Volunteer Firefighters are also in the southern zone. The entire Capital is scattered with mobiles to attend to any emergency, “he added and indicated that the most complicated hour was around 3 pm when there were clogged drains and water on the sidewalk in some neighborhoods but everything” was draining over the minutes. .

“Now the situation is normal and work is constantly being done to unclog the drains,” he said and urged the community not to deposit waste on public roads so as not to obstruct the drains and allow fluent drainage.

Commotion in Mar del Plata: a runner suffered cardiac arrest 200 meters after the arrival of the half marathon

Due to a municipal strike in Pigüé, the mayor went out to cut the grass and collect the garbage

“I have no police, I have nothing,” said the mayor of Rosario, after the string of attacks linked to drug trafficking

Couple arrested at Schiphol for flight from quarantine hotel

Mascherano’s plan in the U20 National Team: the first player he called, the top friendly schedule and the Barcelona “touch”

Couple arrested at Schiphol for flight from quarantine hotel