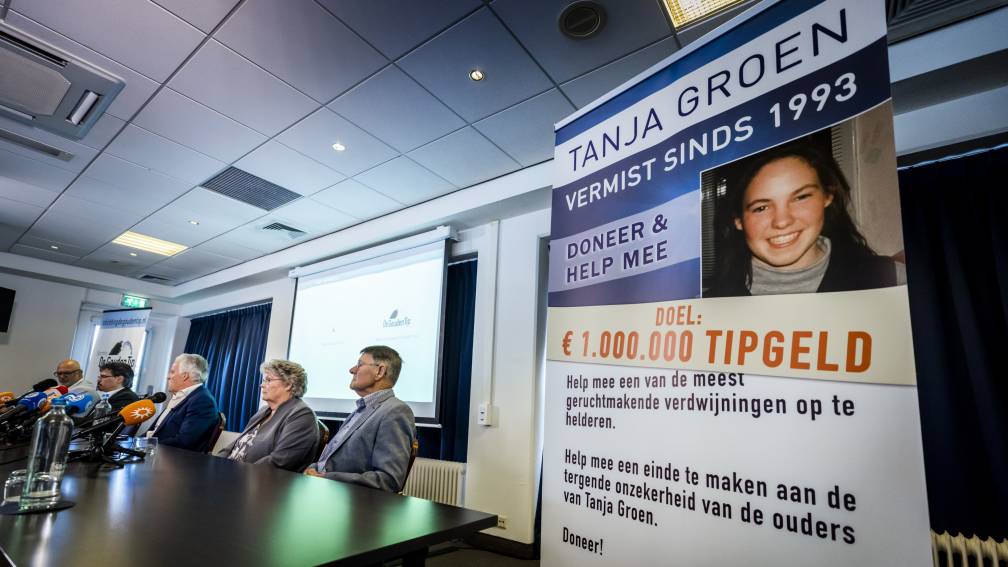 The Golden Tip Foundation has received 450 tips about student Tanja Groen, who has been missing since 1993. Some of those tips are further investigated by the cold case team working on the case.

On June 23, the foundation was founded by crime reporter Peter R. de Vries, who devoted himself to the case for many years. He hoped to collect an amount of one million euros for the golden tip through crowdfunding. The foundation has already raised 1.4 million euros.

Kelly de Vries, who succeeded her father as chairman of the foundation after his death, says that not all information received is useful. “Some tips are duplicates, people sometimes send multiple emails. And there are also a large number of psychic tips.”

She estimates that about ten percent of the emails contain “potentially interesting information” that needs further investigation by the cold case team.

A spokesperson for the judiciary confirms to 1Limburg that the investigation into the case is not standing still: “Police employees are always busy with the investigation. The team is actively checking the tips every day.” She cannot say anything about the content of those tips.

18-year-old Tanja Groen disappeared on the night of August 31, 1993. She cycled home from a party organized by her Maastricht student association Circumflex, but did not make it to her student room in the village of Gronsveld. There have been several searches for her, but she is still missing.

On August 31 this year, hundreds of people walked a silent march for Tanja in Maastricht.