The US regulator considers Merck’s capsule effective against Covid-19 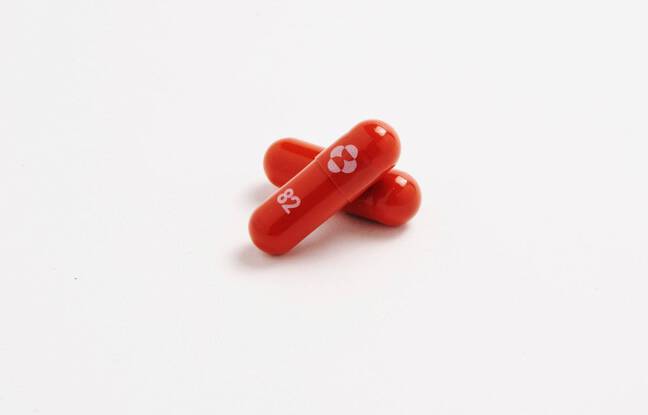 This is a first (big) step towards approval for the drug molnupiravir. The Covid-19 tablet developed by Merck is effective in treating the virus, said the United States Medicines Agency (FDA) in a preliminary report published on Friday. However, it recommends excluding its use in pregnant women.

This publication comes ahead of a meeting of an FDA expert committee scheduled for November 30, where recommendations for emergency authorization of Merck’s tablet will be assessed. If approved, according to experts, this drug would represent a major breakthrough in the fight against the pandemic by making it possible to reduce the severe forms of the disease quite easily.

No pregnant woman in clinical trial

Merck released the full results of the tablet’s clinical trial on Friday, according to which the drug would reduce hospitalization and death rates by 30% – well below the initial figure – in at-risk patients who took it little after being infected.

While the FDA therefore considers molnupiravir effective in patients with Covid-19 and at risk of being hospitalized, it considers on the other hand for pregnant women that “there is no clinical scenario where the benefits outweigh the risks ”. While no pregnant women were included in the Merck clinical trial, the FDA bases its recommendation on the results of the study in pregnant rats and rabbits, some litters of which had more malformation than in the breast. control groups.

For its authorization request, the laboratory relied on the clinical trial it conducted with its partner Ridgeback Biotherapeutics on people with mild to moderate cases of Covid-19 and at least one aggravating risk factor. They received the treatment within five days of the first symptoms. The complete results come from the analysis carried out on more than 1,400 patients. According to these, the hospitalization rate in patients who received the drug was 6.8%, compared to 9.7% in those who received a placebo. One death was observed in people treated with molnupiravir, compared to 9 in the second group.