The Greek Deputy Foreign Minister: “The European Union has borders and must defend them” 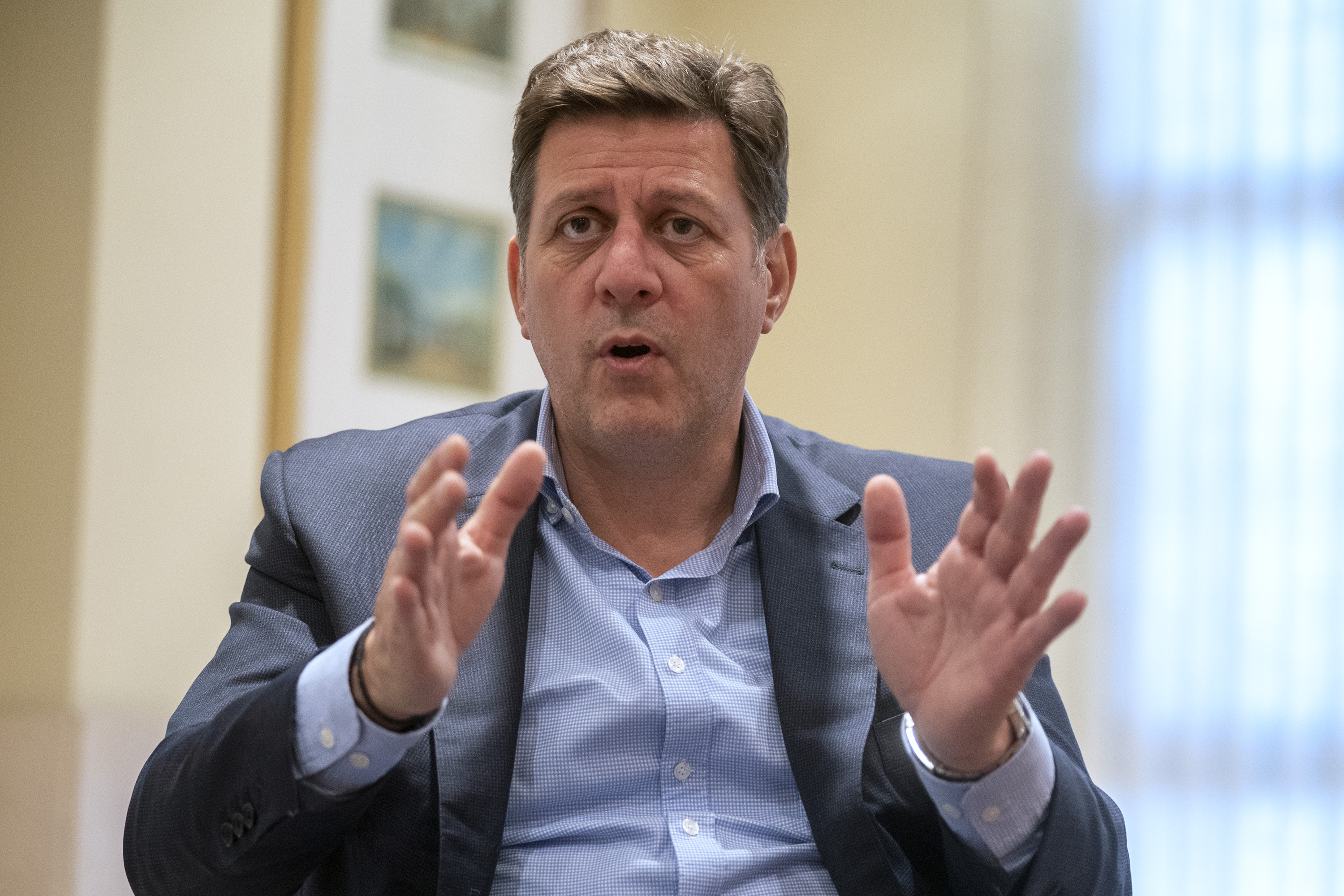 Miltiadis Varvitsiotis (Athens, 52 years old) has traveled to Spain to try, among other matters, to soften the ground before the interview that the Spanish Foreign Minister, José Manuel Albares, and his Greek counterpart, Nikos Deindas, of the conservative Nueva Democracia (ND), will hold in the Greek capital in December. The affable but firm diplomat believes that Turkey does not respect international law, does not hide its displeasure at the strengthening of defense cooperation between Madrid and Ankara and calls on the European Union to “defend its borders”. Greece, which has just signed agreements with the United States and France, is in favor of strengthening a strategic security axis in the Mediterranean, since “Turkey is engaging in politics in terms of military force,” says the Deputy Minister of Foreign Affairs and European Affairs in an interview held this Thursday at the Greek Embassy in Madrid.

Question. Greece is the European NATO country that spends the most on Defense (3.8% of GDP). They have strengthened relations with the United States and with France as a counterweight to Turkey. What role does Greece want to play in the eastern Mediterranean?

Answer. A stabilization role. We do not claim anything from anyone and we respect the borders and sovereignty of the countries around us. We strive to develop our relations with all the countries of the region, especially with Israel, Egypt and Cyprus. We have signed a defense agreement with Washington, lasting five years, and another with France [que incluye la compra de tres fragatas y 24 cazas Raffales] and we believe that these pacts are not bilateral, but rather have the spirit of the European defense mechanism. For the first time, what we would like to see written down in the treaties of the European Union is reflected in black on white, that if one member suffers an attack, then the other partners must help him. In the European treaties reference is made to Article 5 of NATO, but it is not enough for us.

P. Athens has contained the migratory flow that arrived between 2015 and 2016, but there is much criticism for the conditions of the refugee camps, the tightening of the asylum policy and the illegal returns …

R. When we came to the government in 2019, we had a tendency towards an increase in the migratory flow and inhuman conditions in the camps: overcrowded, with insufficient to house so many people. More than 30,000 people lived on the islands in subhuman conditions, in two years we only have 3,000 there and we are going to create more centers to accommodate people who request it. That said, and in view of the instrumentalization of immigration in 2020 and 2021 on our northern border by Turkey, we have decided to implement a restrictive policy: we do not let ships cross our lines, we intercept them and ask the Turkish authorities to come and collect them. But these ships are escorted by the Turkish coast guards who, instead of picking them up, push them into danger. What we do is block them before they enter Greek waters. We do it for three reasons in all operations: we do not put any life at risk, we are observed by all international actors operating in the area because our maritime borders are guarded by NATO and Frontex, so we do nothing in secret, and the third is that we defend that the EU has borders and must defend them. For us, Turkey is a “safe third country” for migrants and refugees, Ankara receives money from community budgets for hosting immigrants on its territory, it has an agreement with the EU to host them, and in fact it is not complying with the pact because it does not receive any emigrant back from Greece. So we do not violate any rights and in the event that there are allegations in this regard we are open to any legal examination by the courts, the ombudsman and the transparency authority on allegations of hot returns.

Q. What do you expect from the new German government? Will the relaxation of austerity measures until 2023 prevent mistakes such as in the financial crisis, of which Greece was a victim?

R. The crisis of 2010 is behind us. We have paid and we have made all the necessary reforms to keep Greece in the eurozone. The new German Government must understand that we are in a new Europe. Public debt has increased all over the planet due to the covid and there is a need to adapt to the new reality, instead of adopting strict measures that have already been seen not to ensure the eurozone. Because it was not just Greece, it was Spain, Ireland, Portugal, Italy … it is important to understand that the new stability rules should increase the growth of the EU.

A. The group has already grown from seven to nine countries. Last year and this year, we have increased that cooperation at the Athens summit in September, where immigration, energy and the environment in the Mediterranean were discussed. President Sánchez spoke about the idea of ​​finding a European solution to the problem of electricity and gas and that the Member States open a debate on the regulatory framework of the energy market and that is an idea that we liked very much. We have to launch an ambitious agenda for the Mediterranean.

Q. How is the pandemic evolving and how is it affecting the Greek economy?

R. Greece has a percentage of 70% vaccinated, but we are in a fourth wave that is hitting us hard with 800 infected and between 70 and 80 deaths per day. We are urging that the population be vaccinated because 90% of those who die were not vaccinated. In 2020, the economy was badly damaged. We lost 8% of GDP due to confinement and the loss of tourism. This year we are going to close with a growth of almost 8% and for next year of 5%, so we can talk about a total recovery of the economy. The unemployment rate is falling. Unfortunately, Greece suffered from the crisis for a period of 10 years and when we were trying to take off, the pandemic arrived. So it was a second crisis.

Q. During the fires this summer in Greece, especially on the island of Euboea, many people feared that private initiative would be prioritized over social protection mechanisms.

R. We have invested in developing civil protection mechanisms, 3,000 million of European funds will go to this, we have created a new Ministry of Civil Protection because we also fear the consequences of climate change. We are also a seismic country and we need to be well prepared. Unfortunately, not everything went well during the fires and we did not have the means, but the people are still alive and we can rebuild with them everything that the fire left behind.

Five questions on an autonomy of Guadeloupe, mentioned by the government to calm the dispute

Toulouse: an individual arrested after escaping from the Marchant psychiatric hospital, the second escape in a week