“Why try to figure out how a weakened castling is attacked when the general line of aggression can be learned?”

This introductory question was posed by Héctor Kúperman on page 32 of the first issue of EL PAÍS, on May 4, 1976. In the following days, the Argentine journalist unraveled the Tartakower-Cukierman game (Paris, 1935) and thus started a path that continues to this day: in the 45-year history of this newspaper, a daily chess column has never been missing from its pages.

Over time, EL PAÍS’s relationship with chess has only strengthened, and now, coinciding with the celebration of the World Cup, the newspaper is launching a specific space on this sport, which will also cover its fascinating connections with science and art, its fictional characters and its 1,500 years of history. 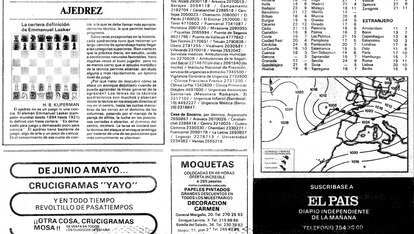 Cut from the first issue of EL PAÍS, which shows the chess section.

The section will feature Leontxo García, EL PAÍS’s benchmark firm since in 1985 he served as a special envoy to Moscow to cover the second Kárpov-Kaspárov duel. These days Leontxo is in Dubai (United Arab Emirates) to report in detail about everything that happens in the World Cup that faces Magnus Carlsen and Ian Niepómniachi (from November 26 to December 16). An exciting clash in which the Norwegian genius will defend his throne against the Russian aspirant, whose mission is to bring his country the world title, as Vladimir Putin wants.

In the new section, which can be consulted at elpais.com/ajedrez, readers will be able to find:

– All the videos of the series ‘The corner of the immortals’ in which historical and memorable games are remembered. (Subscribe to your YouTube channel not to miss any).

– A commented daily game, with an interactive board.

– The possibility of signing up for Leontxo García’s ‘Maravillosa jugada’ newsletter, which is sent every Thursday by email with original texts and a selection of the best content from recent days. 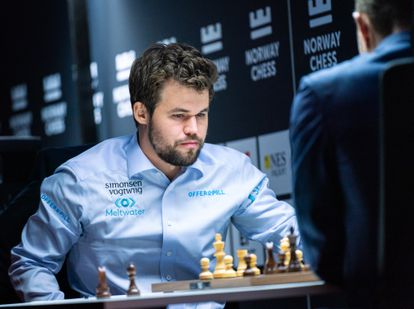 Chess has very attractive connections with various branches of science (artificial intelligence, education, neurology, mathematics, psychology, psychiatry…); and its great value as a pedagogical, social and therapeutic tool (areas in which Spain is a world leader) is supported by scientific studies and international experiences.

In addition, the passion for this discipline is still more alive than ever, as has been seen during the covid-19 pandemic, a year in which online tournaments have exploded while young internet stars like El Rubius played games before massive audiences and millions of viewers around the world followed the ‘Lady’s Gambit’ series on Netflix.

If to this we add its use as a political weapon for centuries and the fascination caused by its sportier side (cerebral boxing between two people who apparently do nothing for hours, but suffer extreme tension) the phrase of the Dutch writer and great teacher Hans Ree reaches all its splendor: “Chess is so rich that a single life is not enough to enjoy it in its entirety”.