Covid-19: Will Pfizer and Moderna update their vaccine to fight the Omicron variant? 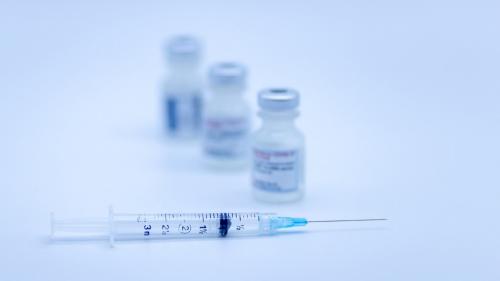 Never, since the appearance of the Delta variant a year ago, has a variant of the Covid-19 virus caused such concern. “Omicron” (the name given to it by the WHO), a potentially more transmissible variation of the coronavirus discovered in South Africa at the start of the week, has pushed France and many European countries to suspend flights from Friday 26 November. from southern Africa.

The health authorities of the countries concerned fear that the numerous mutations present in this new variant, initially called B.1.1.529, make it not only more contagious but also more resistant to vaccines. Enough to encourage laboratories to adapt their formulas as a matter of urgency? Pfizer-BioNTech and Moderna, whose messenger RNA vaccines are currently used as part of the recall campaign in France, were quick to speak out.

Just hours after the WHO declared the Omicron variant to be “of concern”, the American company Moderna has published a press release on Friday (in English) in which it announces its intention to develop a specific booster dose for this new variant of Sars-CoV-2.

“From the start, we have said that, to fight the pandemic, it was imperative to be proactive in the face of the evolution of the virus,” said the French boss of Moderna, Stéphane Bancel. “Mutations in the Omicron variant are cause for concern and, for several days, we have been moving as quickly as possible to execute our strategy to fight this variant,” he added.

The German laboratory BioNTech, allied with Pfizer, for its part declared to study this new variant, and to await the first results of studies, “at the latest in two weeks”, which will make it possible to determine if it is able to escape. vaccine protection. The two laboratories “prepared several months ago to adjust their vaccine in less than six weeks and to deliver the first doses in 100 days” if a variant proves resistant, added a spokeswoman on Friday.

Seeing the two messenger RNA vaccine makers adapting their formula to the Omicron variant would be a first since the start of the pandemic. The doses of these vaccines currently injected to the general public, including the booster doses, are in fact the same as those used at the start of the vaccination campaign. “For now, our current vaccine remains very effective against the Delta variant which is the majority in the world”, explains a spokesperson for Pfizer at Liberation.

However, the two laboratories have been working for months on updates to their vaccines, and are carrying out clinical trials on these new versions. Pfizer confirmed to the daily that it has been testing since August “an updated version of [son] vaccine, which targets the complete peak protein of the Delta variant “. In its press release devoted to the Omicron variant, Moderna declares for its part to have already” demonstrated on several occasions its ability to move new candidates to the stage of clinical trials in 60- 90 days “, citing the case of” booster doses for Delta and Beta variants “.

These formulas, adapted to the variants currently in circulation, are intended less to replace the doses used than to train themselves to react quickly to the emergence of a variant which would escape vaccination coverage. Philip Dormitzer, VP and Scientific Director of Vaccines at Pfizer, explained this on October 20 in the columns of the scientific journal Nature (in English).

“We are not working on this subject because we believe we need a new vaccine against these strains [Beta et Delta]. Rather, we want to practice all aspects of performing a strain change – the preclinical research, manufacturing, testing, and regulation – so that if we see a variant that really escapes vaccine immunity , we are ready to act quickly. “

to the scientific journal “Nature”

On the side of the authorities, we prefer in any case to delay. The WHO warned that “several weeks” would be needed to understand the level of transmissibility and virulence of the new variant, while the European Medicines Agency (EMA) ruled Friday “premature” to schedule an adaptation of vaccines to Omicron variant.

They try to boost the injection: ‘Not all doubters are against’

Snow craving: everything ready in the ski resorts of Spain and Andorra

Snow craving: everything ready in the ski resorts of Spain and Andorra