The Ministry of Health reported this Friday 165 new deaths from COVID-19 for a total of 293 thousand 614 confirmed deaths, in addition to another three thousand 445 cases to reach three million 879 thousand 836 infections.

Similarly, in their update of the epidemiological traffic light, they detail that Baja California, Baja California Sur, Sonora, Chihuahua and Coahuila will return to yellow from November 29 to December 12.

From the number of cases, there are 22,834 active, who have presented symptoms during the last 14 days and account for 0.6% of the total. In addition, since the beginning of the pandemic, three million 236 thousand 518 people have been recovered. 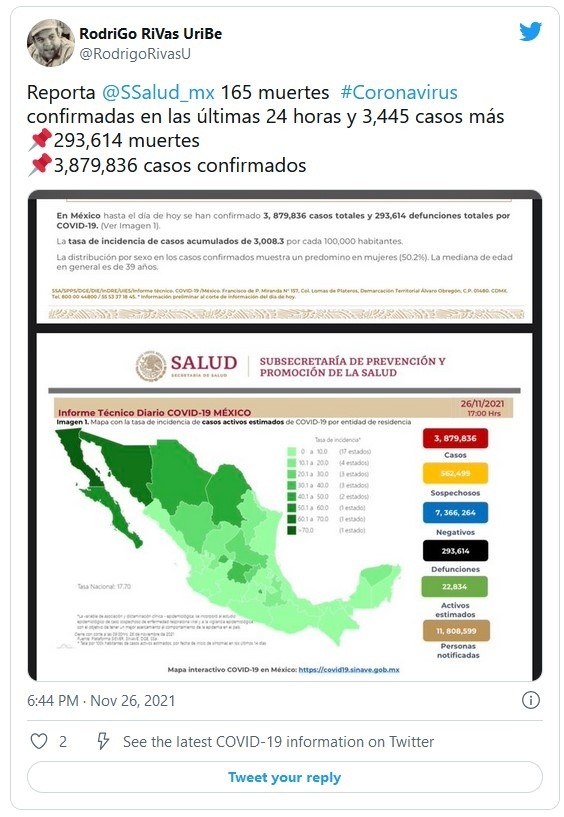 The average occupancy of general beds remains at 17% and the use of intensive therapy beds at 14%.

The authorities also indicated that within the vaccination program, which includes all those over 18 years of age, more than 131.82 million doses have been applied, adding 228 thousand 705 during the last day. So far, 76.29 million people over the age of 18 have at least one dose of the biologic.

Amid the uncertainty caused by the new variant of COVID-19, ómicron, the agency in charge of Jorge Alcocer Varela maintains 27 states of the country with low epidemic risk; that is, in green, and none in red or orange. 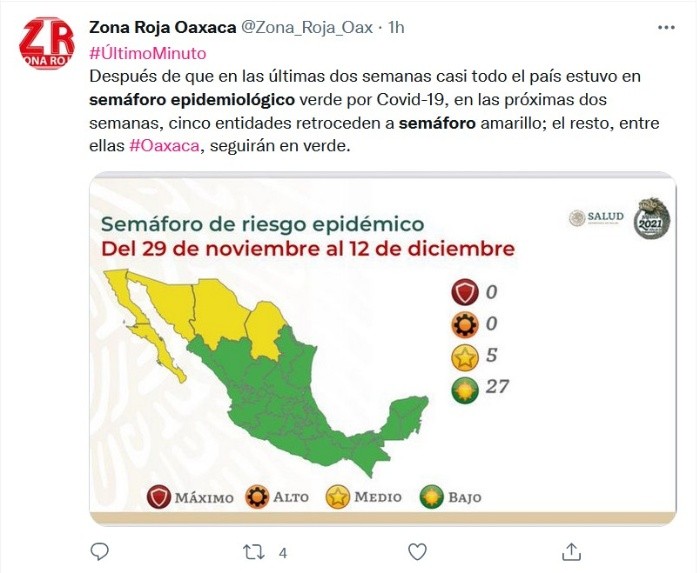 According to information from the agency, the states with yellow color should maintain a slight decrease in public space, in addition to the operation of economic and social activities with a capacity of 75 percent.

In any closed space, the use of face masks will be mandatory and it will be recommended in open spaces without the possibility of maintaining a healthy distance and mandatory in public transport.