VIDEO. Charges of sexual assault against Nicolas Hulot: “Today, I speak to free myself. I must get out of this car”, testifies Sylvia 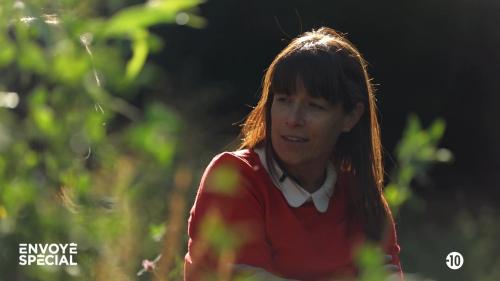 Sylvia had just turned 16. At the time, in May 1989, she was a fan of Nicolas Hulot. He is 34 years old. He is a successful presenter who travels the world. His program “Ushuaïa”, broadcast every week on TF1, is followed by millions of viewers. She claims to have written a letter to Nicolas Hulot to show him her admiration. In return, he would have invited her to attend the recording of the radio program “Antipodes”, which he presented on France Inter on May 27, 1989. After an invitation to breakfast, he would then have proposed to her to drive her home. On the way, she claims that Nicolas Hulot sexually assaulted her. We transcribe below his remarks delivered in the program “Special Envoy”.

“From the moment we leave the studio, we are both all the time. He asks me a lot of questions: to know if young people are touched by his cause, by his person. I am ultra-intimidated, it is still the first public person I see so close, and there is a certain intimacy in a breakfast.

The interview ends and then he asks me how I get into my suburb. I tell him ‘I’m going to take the metro, I’m going to the Pont de Sèvres’. And he offers to drop me off at a metro station. I go up with him, he takes the road to drop me off on the Trocadero esplanade. We say goodbye. When it comes time to say goodbye, he asks me to kiss him on the neck. And I don’t know why I’m kissing her on the neck. (…) I step back and he starts the car again. He does not say anything. And there he starts to say to me: ‘Did you dream about it? What is happening? Did you know it would be like this? ‘

I remember not making a sentence. In fact I tell him ‘No’. I tell him ‘No’. [Il me dit] ‘But what did you want?’ Me, I do not know.’ It stops afterwards, in an open-air car park, we are not in an underground, we are in an overhead car park. And there, he takes out his penis. It’s going pretty fast, he undid his pants, he took out his cock, he took my hand, he asked me if I had already done it with boys, if I was used to this kind of hugs and I say: ‘No’. I know that several times I get back in my seat, I take my hand away. I remember being in a state of misunderstanding, actually.

I don’t really understand what he wants. I have never done it. I’m wondering if this is it, a romantic relationship, in fact. Since I’m a fan of him, I can’t tell myself that what is happening must not happen, that it is something wrong. I’ll think about it very quickly, but not in the car. I remember that to make it stop, I kiss her lower stomach. Because I know I’m stuck, actually … And since I don’t want to do what he wants me to do, I remember snuggling up where I won’t do what he wants That I do. And I remember retiring to the back of the seat. “

At one point when I am back against the seat, there is a woman and a man who have passed by, and I know the woman had a very insistent look on me and she tried to look at the person who was next. of me. But they have passed.

He didn’t say anything, he restarted, we left and he dropped me back at the Trocadéro where he told me a sentence that will haunt me for years: ‘Put on your makeup a little because we can see that you did stuff. ‘ That’s all he’s telling me. I remember going for it. Go. Don’t turn me around at all. Tell me, ‘What just happened? What is it, in fact, what just happened? ‘ I didn’t get an answer the same day, actually. I oscillate between ‘So this is it? Did I seduce? Is it normal ? Do adults have these relationships? ‘

On the other hand, I immediately choose to hide it. Because inevitably, there are people at the end of the road who will say to me ‘So? What was it like, Nicolas Hulot? ‘ There, I am already starting to build myself this shell that I will keep for thirty years. Today, I speak to free myself. I have to get out of this car. “

The facts described by Sylvia are time-barred. Nicolas Hulot is presumed innocent. “Special Envoy” reporters contacted him and his lawyers on several occasions. He refused to answer their questions in front of a camera. His lawyers also declined interview requests. They let it be known that their client strongly disputes the facts, and more generally claims to have never assaulted a woman in his life.

Reached by telephone on November 9, 2021, Nicolas Hulot affirms: “I am devastated, I have never had ambiguous relations. (…) You know very well that it will be word against word. The word of men is put into effect. cause, so it is no longer even worth defending yourself. (…) Not because I fear what I have done, it is so abject, so odious, so light years away from who I have always been and what I am (…). And how do you want me to remember? I remember mostly what I never did. I never have in my life constrained in anything, anyone. Never, neither close nor by force. When we do not feel, that we do not seduce, or that we are not seduced, we leave it there, c ‘s been like this since the dawn of time. (…) I am not going to counter-attack [en disant] that they’re all liars, stuff like that. I do not know. What I know is what I never did. But when you’re innocent like I am, innocent in a way you can’t even imagine … You’re trapped anyway, no matter what you say, speaking is suspect. Whatever we say. Here is. We cannot defend ourselves. We cannot defend ourselves… Because in this legitimate, necessary fight of women, the word of women is sacred, and there you have it. “

A 5th wave “much more intense than the others”

With “Las Mañanitas” and cake: This is how they celebrate the daughter of a deputy in the Hidalgo Congress

With "Las Mañanitas" and cake: This is how they celebrate the daughter of a deputy in the Hidalgo Congress