Thousands of women demonstrated this Thursday in Mexico City to demand the end of gender violence in a country shaken in recent years by a spiral of murders of women.

“They did not die, they killed them,” read one of the banners of this march called as part of the International Day of the Elimination of Violence against Women.

“Femicide Mexico! They are killing us!” A protester claimed in the middle of a brief brush with the police.

The crowd, which formed a huge block of black clothes with flashes of purple, the color of feminism, concentrated on the tourist Paseo de la Reforma, to start its march towards the capital’s Zócalo.

The contingent advanced to the shout of “Not one less!” to demand an end to gender violence, which kills an average of 10 women daily in the country, according to official figures and UN estimates. 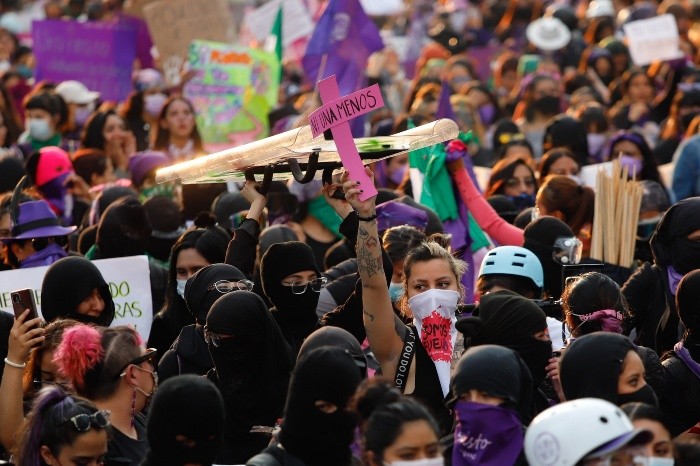 Since 2019 they add more than 10,700 murders of women, according to official figures.

President Andres Manuel López Obrador has criticized feminist marches on different occasions, arguing that they are promoted by his “adversaries” to “affect” his government.

They place protections for march in Mexico City

Monuments and shops woke up protected by high fences to prevent them from being vandalized, in addition to the fact that some 1,500 policewomen equipped with shields to maintain order.

On the way some have been unleashed friction when small groups of demonstrators armed with hammers tried to snatch the shields from the police, who repelled them by throwing bombs with tear gas.

In their advance, some of the protesters carried out shreds and pintsIn addition to the fact that others improvised with chemical fire throwers, which were repelled with fire extinguishers by the uniformed women. 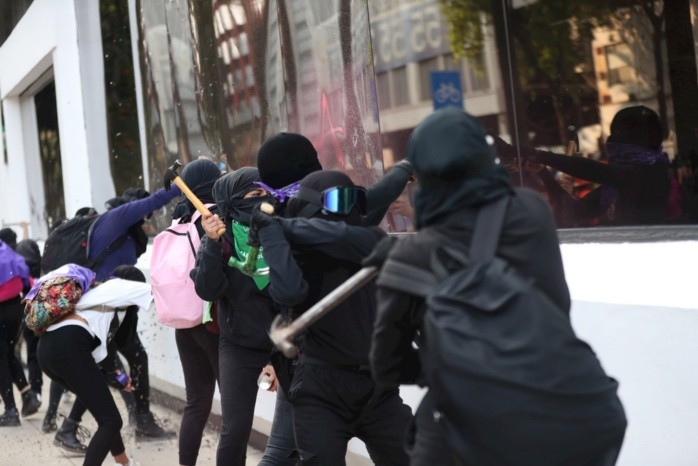 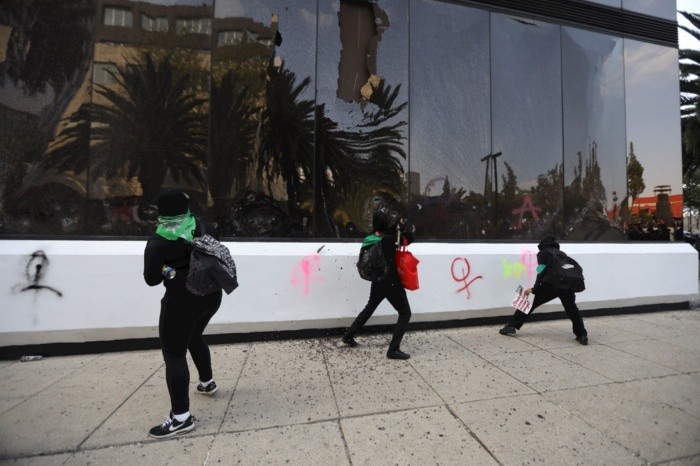 Before the start of the march, a group managed to cross the protections in the National Palace, in the Zócalo, to place numerous pink crosses on one of the monumental doors of the enclosure.

They joined the protest observers of civil organizations to verify that there are no abuses by the forces of order and mediate so that friction with the police does not escalate.

In Madrid thousands took to the streets, while in Guatemala the march gathered hundreds of women. Other marches were called in Chile, Venezuela and Uruguay.

Chivas vs. Pachuca: They will implement a road operation for the women’s final at the Akron Stadium