At least 52 people die in a mine fire in Siberia 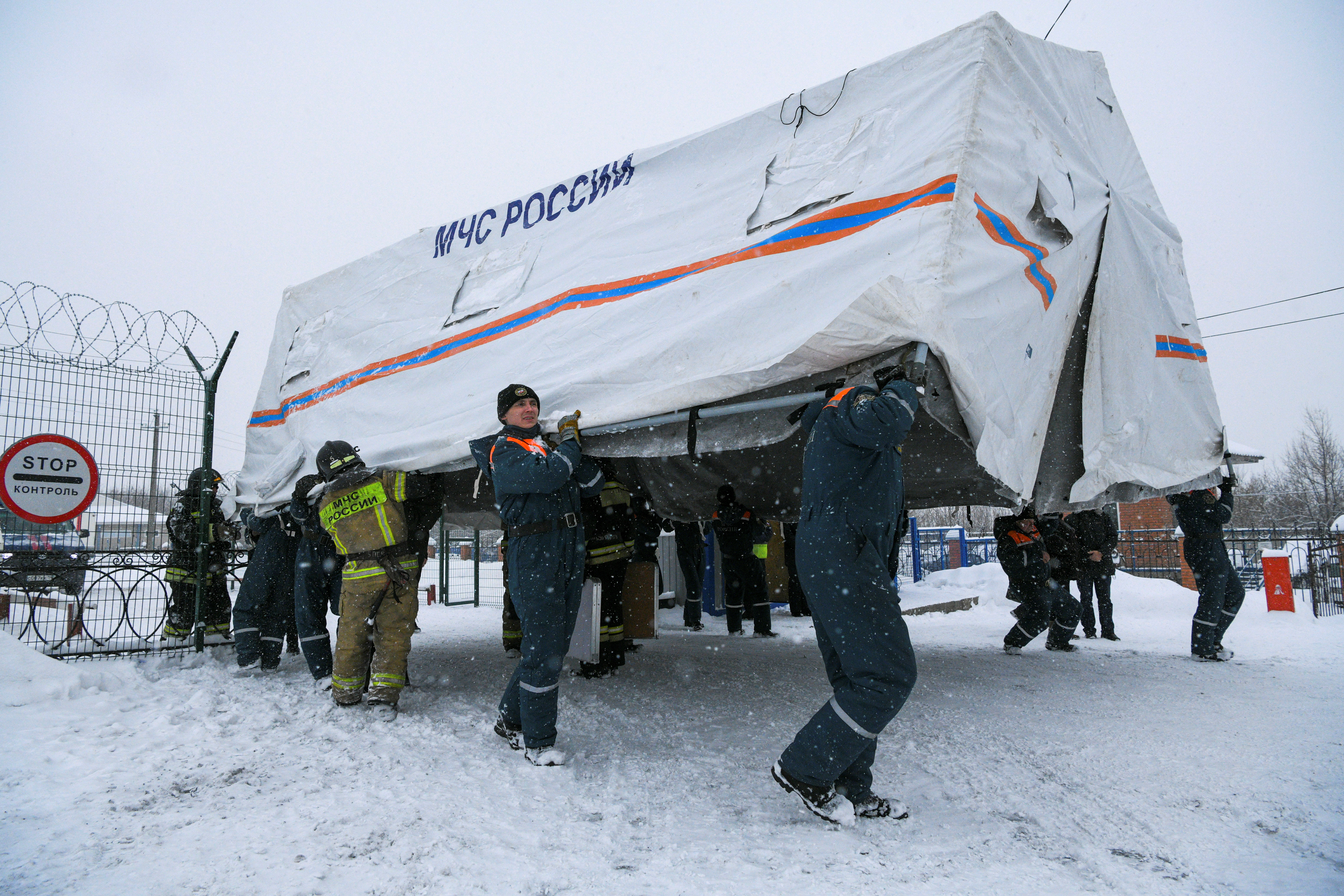 The Russian authorities have given up all hope of finding survivors at the Listviazhnaya coal mine in the Kemerovo region of Siberia, where the death toll from a fire that broke out on Thursday has risen to 52 people. In addition to the trapped miners, several members of the rescue teams with whom contact was lost in the middle of the afternoon are also presumed dead.

The incident occurred in the morning at a depth of 250 meters. According to the first hypotheses of the Ministry of Emergencies, the event was due to the combination of a breach of security measures and a short circuit, which would have caused the fire inside one of the ventilation ducts. Later, the smoke spread throughout the infrastructure without actually damaging it.

Hours later, around three in the afternoon, the authorities suspended the search for the disappeared due to the high concentration of methane in the mine and the risk of an explosion. According to the Emergency Ministry, the missing rescue teams had breathing apparatus with a maximum limit of four hours. The regional Investigation Committee has opened a criminal case for the event and has arrested both the mine director and his deputy late at night.

The tragedy could have been even worse. At the time the event occurred, there were 285 workers inside the facilities, and to the fifty deceased there are 51 injured, of which 38 had to be hospitalized and at least three are in critical condition, according to the services of emergencies. The ministry has announced that the restoration work will be lengthy and is now focused “on the survival of the mine.”

It is the worst tragedy of its kind to have occurred in Russia in the last decade. In February 2016, 36 people died in the Komi Republic, located in the European part of the country. However, six years earlier another tragedy also struck the Kemerovo region: 91 died in a double explosion in another mine, the second of them four hours apart when the firefighters were inside. The province also starred in the summer of 2018 in another of the last great tragedies suffered by the nation when 64 people died, many of them children, in a fire in a shopping center.

Russian President Vladimir Putin has described Thursday’s event as “a great disgrace”, and the province of Kemerovo has decreed three days of mourning. The authorities have promised that the families of the victims will receive “all the assistance that is necessary”, and the owners of the facilities will have to pay them two million rubles, about 24,000 euros at current exchange rates, for the loss of their loved ones.