Will Erdogan release critic Osman Kavala after pressure from Europe? 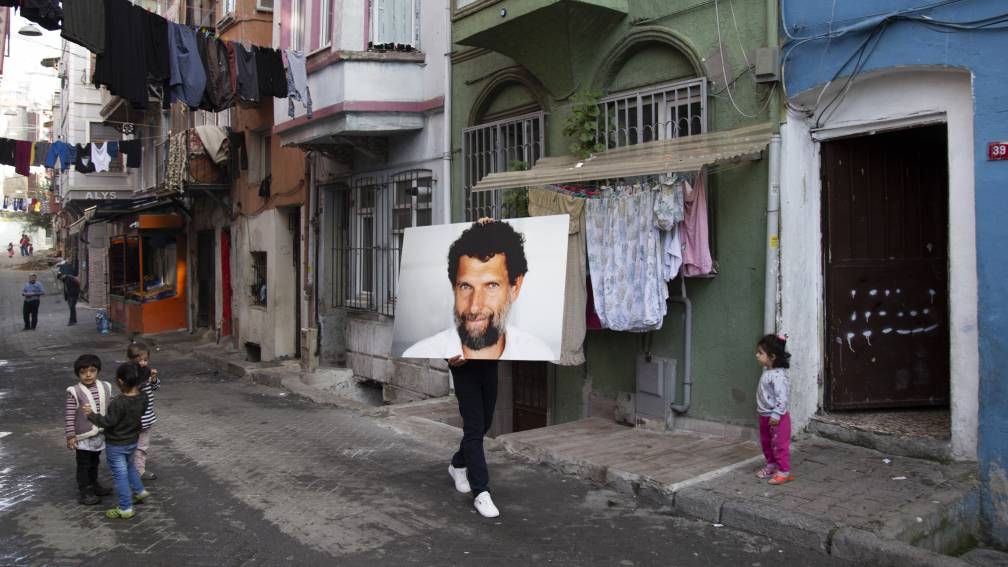 From the high-security Silivri prison in Istanbul, Kavala occasionally makes himself heard. He writes opinion pieces and responds to developments in his case through his lawyer.

From his cell, Kavala answers a series of questions from the NOS by letter. First of all, he says that he is doing well under the circumstances. “I feel good. The messages of support I receive and the calls for my release from abroad give me strength. I feel better on days when I speak with my wife, and when I hear my mother’s voice – who is quite old I’m alone in a cell. I read a lot, especially fiction. That keeps myself mentally healthy.”

He writes about the charges against him that they are purely based on ‘conspiracy theories’. “I assume that they want to keep alive the theory that the Gezi uprising was an external plot to overthrow the government. The only basis for that theory about me is that I sympathized with the Gezi protesters, and my relationship with George Soros’s Open Society Foundation.”

Kavala says his imprisonment is a warning to his colleagues. “It is a message to everyone who is active in civil society. That they should not get involved in matters that hinder the government.”

He was “a little surprised” when he heard of the ambassadors’ call. “There have been similar statements before, from the Council of Europe and from the European Parliament. That ambassadors do this is unusual and symbolically much more striking. But given the reaction of the president, I do not think this statement contributes to my early release.”

He does think that pressure from the Council of Europe can lead to a positive development in his case. The Council will decide at the end of this month whether to open criminal proceedings against Turkey. Then the country can be withdrawn from voting rights or even suspended. “I think there is a chance that I will be released in the first half of next year.”

The case against Kavala will continue on Friday. At every hearing, his lawyer Tolga Aytöre takes into account that he can be released. But because it’s impossible to predict, he doesn’t want to think too much about it. “For four years, we’ve been hoping for that moment every day,” he says. “Our right to a fair trial has been violated so many times. All we can do is keep repeating that Osman Kavala must be released immediately.”