One of the aspects of the script of The Squid Game What has most surprised viewers around the world is the deadly trials its protagonists face, inspired by children’s games. The youtuber U.S MrBeast, 23 years old and whose real name is Jimmy Donaldson, has recreated them in a video released this Wednesday, which has exceeded 31 million views in its first 15 hours of publication. Players compete in it for a prize of $ 456,000 (406,000 euros).

The content creator, who has 77 million subscribers on his main YouTube channel, has summoned 456 participants, the same number of people who start the competition in the Netflix series, to compete in the real adaptation of these tests , starting with the famous version of the English hideout that so impressed the audience.

This particular adaptation has extensive sets very similar to those of the South Korean production and with collaborators who wear the same red jumpsuit that appears in it. The participants carry a simulator to their belly that explodes and expels a red liquid when they are eliminated, to recreate the punishment received by contestants who fail the fiction tests: they are shot to kill them. 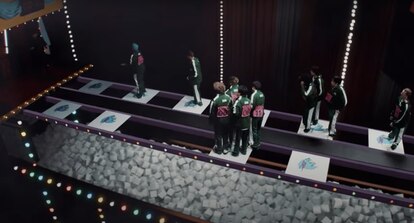 Some contestants during the runway test of ‘The Squid Game’.

MrBeast, who a few days ago asked the Spanish Ibai Llanos to collaborate together in some type of content designed for social networks, also gives thousands of dollars prizes throughout the video to the participants who are eliminated.

The total cost he has invested in this game is 3.5 million dollars (3.12 million euros), he assured himself a few days ago on social networks: two million dedicated to production and another 1.5 to prize money. It has such a high budget thanks to the sponsorship of a video game, that it occupies part of the 25-minute video posted on YouTube.

Llanos himself has praised the adaptation of The Squid Game recorded by the American, calling it “one of the greatest atrocities” he has seen on the video platform. 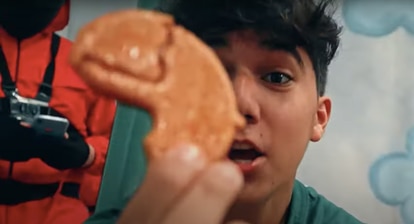 One of the contestants participates in the cookie game of the popular series.

Part of MrBeast’s success is based on the high budget it dedicates to its videos, which allows it to surprise viewers with hitherto unpublished challenges, such as buy all products available in a store, spend a million dollars in 24 hours, or eat the most expensive ice cream in the world, valued at 100,000 dollars (89,000 euros). In summer 2021, it launched a new channel for Spanish-speaking users, in which he hangs some of his videos dubbed into Spanish.

In a message shared on social networks at the beginning of November, the American showed in a video the construction process of the gigantic recording studio of his own squid game and explained to his followers that the production costs were being higher than expected. .

Russia: Deaths rise to 52 after coal mine accident