The real rioters are running free

Just under a week after the riots in Rotterdam, the city council was able to draw two shocking conclusions on Thursday.

The first conclusion is that there was a prepared, targeted attack by various groups on the police, as Chief Commissioner Fred Westerbeke told the town hall. It was less about vandalism and looting, the police were mainly attacked with stones and heavy fireworks. You can no longer call that riots, this tends to be an ‘attack’ on the democratic legal order, according to D66, PvdA and Denk. Westerbeke himself spoke of “criminals”. “I think rioters is too light a word.”

The second conclusion is that the police and the Public Prosecution Service still have no idea who those responsible are. Yes, the first two rioters have already received prison sentences during quick trials this week. But of the 49 people arrested, only 8 have been detained for serious offenses such as public assault and attempted manslaughter. The vast majority were arrested for violating the emergency order in the center and were released a day later. 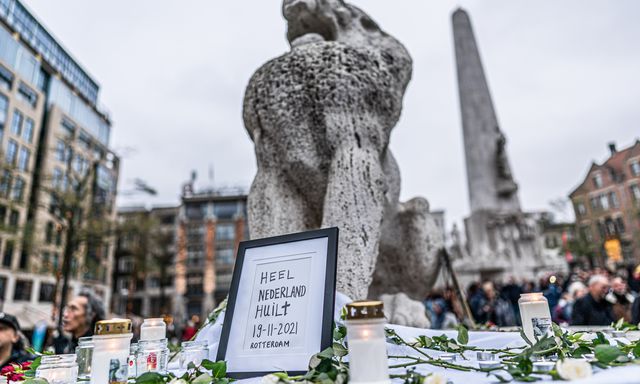 Read the article For the second time: no deaths by police bullets

“The real violence took place when the police were in the crowd,” Chief Public Prosecutor Hugo Hillenaar explained to the council. “The police were pelted with all kinds of things. The police also had to withdraw. At the time, the police did not have the power to make any arrests. This predominance has been regained during the scaling up. Then arrests could be made. But at that point, the extreme perpetrators of violence were no longer there.”

A few days before the riots, the police saw a call on social media from protest group Rotterdam in Revolt to demonstrate, Westerbeke said. An earlier demonstration by this group had been peaceful, so the police were present in “flat caps” – officers with regular equipment – with one platoon of riot police behind them.

It is remarkable that a spokesman for Rotterdam in Revolt had already distanced himself from this call before the riots, a police spokesperson confirms: a possible indication that the demonstration would be ‘hijacked’ by rioters. Furthermore, the police received signals in advance that part of the hard core of Feyenoord would also come.

In a short time the crowd grew from tens to hundreds of people. There were protesters from the protest groups Freedom Demo Rotterdam, Defend Nederland and Dockers United, inventoried RTV Rijnmond this week. There were also football hooligans from the Rotterdam Youth Core (RJK) and ‘occasional rioters’.

The police were eventually forced to call eight platoons of riot police, 400 men, from all over the country. A number of threatened officers have fired targeted shots, five are known to have been injured by shots.

How was it possible that Mayor Ahmed Aboutaleb’s ‘security triangle’ had been so surprised, asked 50Plus. The same mayor would never be surprised again after the ‘beach riots’ in Hoek van Holland in 2009, in which police officers also fired shots in the corner to save themselves.

Aboutaleb gave a deft answer that was somewhere between an affirmation and a denial. Yes, in hindsight the situation had been misjudged, but there was no reason for a different assessment. “There was no sign of an orchestrated use of force here. Otherwise we would have been there with more troops,” he said. It wasn’t until late, around half past ten, that two false bomb threats came to distract the police; those were indications of the degree of organisation, said Aboutaleb.

The police have called in twenty detectives to track down those responsible. “We still want to try to trace the real rioters,” said Chief Officer Hillenaar. That will be a complicated job with camera images of many rioters in black with their faces covered.

The police and the judiciary also want to investigate whether they can gain more insight into groups that are out for chaos. Regional mayors have already suggested ideas, such as a national database of rioters and more insight into closed online groups. Such measures are sensitive in connection with privacy legislation, Westerbeke said. “In a police state you can see everything coming, but then you no longer have a free Netherlands.”

Fear of sharp rent increases due to high inflation

Emmanuel Macron at the Pope "to listen to him"