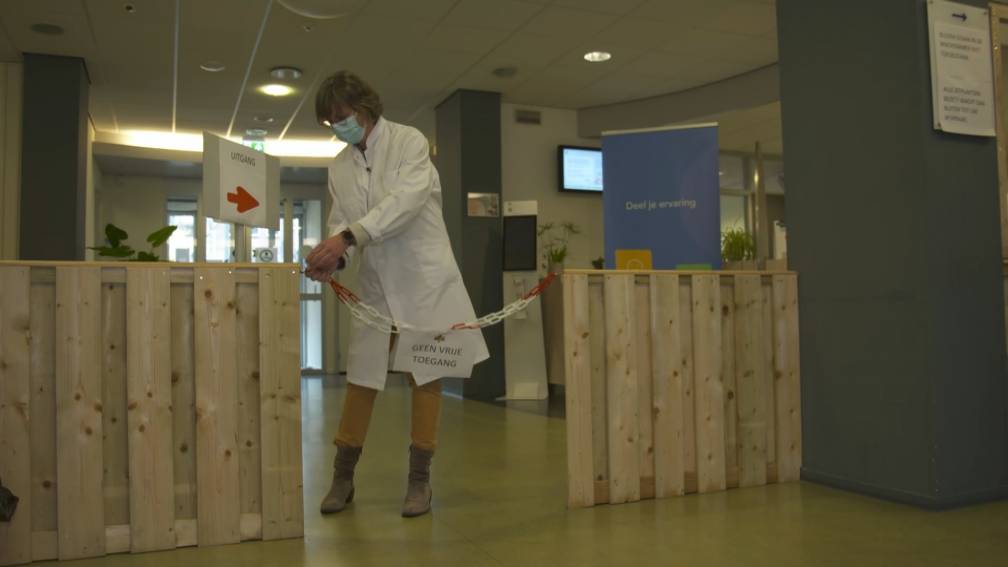 Tjon-A-Tsien does not think it was his own patient who was responsible for this expression of aggression. “We checked on Monday – some almost trembling and quite impressed – if anyone had been very angry recently, or had exhibited psychotic behavior. That was not the case. What is more likely is that a few people are angry about the Corona policy and our practice have approached as a symbol of care. Remember: it was the evening after the riots in Rotterdam and the evening of riots in The Hague.”

This does not alter the fact that Tjon-A-Tsien also experiences daily in the doctor’s office that “the compassion of the start of the epidemic has dropped completely below zero after more than a year and a half”.

The response of the National Association of General Practitioners (LHV) is recognizable. It is not everywhere as violent as in Schiedam and Wateringen, but reports of aggression are regularly received. Some sometimes even more far-reaching, such as in Leiden, where last month fire was started with a general practitioner who had spoken out publicly in favor of vaccination. Later, the same doctor discovered that a bullet had also been shot through the window of his front door.

“Very intimidating,” said the LHV spokesperson. “We don’t have hard figures about aggression incidents, but it is clear that fuses have become shorter, even when it comes to healthcare. And within that healthcare, the general practitioner is the most accessible point where some apparently give it a shot.”

Completely unacceptable, says the spokesman. “The average GP currently works 11 to 12 hours a day to keep GP care up and running and shouldn’t be at risk of getting this over with.”

Tjon-A-Tsien is also still not completely recovered from the shock: “It really feels unjust to focus the aggression on us as general practitioners. We are there to help people in this time.”

Aboutaleb: Bomb threats during Rotterdam riots had to distract the police