Pfizer, the first vaccine for children aged 5 to 11 approved in the EU 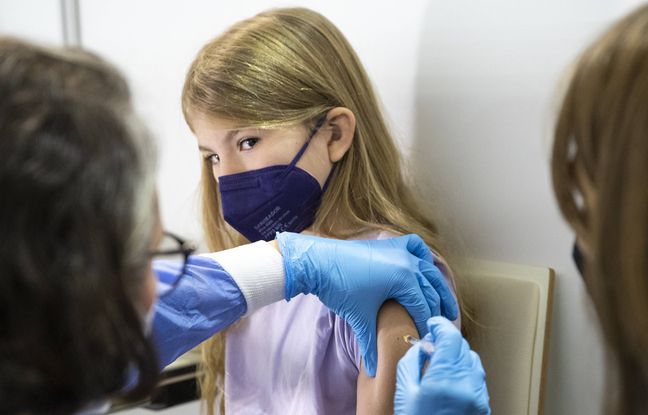 The European regulator on Thursday authorized the administration to children aged 5 to 11 of Pfizer’s anti-Covid vaccine, the first serum to be approved in Europe for this age group, particularly affected by the new wave of the virus.

Outside of mainland Europe, Pfizer’s vaccine has already been approved for children aged 5 to 11 in some countries, including the United States, Israel and Canada. “I am happy to announce that from today, Comirnaty [le nom commercial du vaccin] has received approval for children aged 5 to 11, ”said Marco Cavaleri, head of vaccine strategy at the Amsterdam-based European Medicines Agency (EMA).

A dosage suitable for young children

Children aged 5 to 11 will receive a third of the dose used for older people, in two injections three weeks apart, the European regulator said in a statement.

In the Netherlands, a country facing an epidemic recovery and where the European agency is headquartered, children under 12 are the group in which the virus is progressing the fastest currently. “We know that severe Covid-19 and death remain quite rare in children, but disease of any severity occurs in all pediatric ages,” Marco Cavaleri said in a public meeting online. “In addition, high transmission leads to increased hospitalizations in children of all ages,” he added.

Side effects considered “mild or moderate”

The vaccine has been shown to be 90.7% effective in a trial of 2,000 young children in this age group, he said. The side effects, which may last for a few days, were rated as “mild or moderate” and may manifest as localized pain at the injection site, fatigue, headache, pain. muscle pain or a cold.

The regulator “therefore concluded that the benefits of Comirnaty in children aged 5 to 11 exceed the risks, particularly in those with comorbidities increasing the risk of contracting a severe form of Covid-19”, according to the press release. But the safety of the Pfizer vaccine in children “will continue to be closely monitored,” the EMA said.

French Minister of Health Olivier Véran said he had approached national health authorities to study the possibility of vaccinating children aged 5 to 11 after the approval of Pfizer’s vaccine by the EMA. In any case, this vaccination will not take place before “early 2022”, he said.

Four vaccines are currently authorized in the general population by the EMA: those of Pfizer and Moderna, with messenger RNA, and those of AstraZeneca and Johnson & Johnson, with adenovirus. The EMA is also studying a possible approval of Moderna’s vaccine for children aged 6 to 11 and plans to make a decision in January. Pfizer’s vaccine is already authorized for children over 12 in the 27 countries of the EU.

“Help me”, writes kidnapped man in bank document; is rescued

"Help me", writes kidnapped man in bank document; is rescued