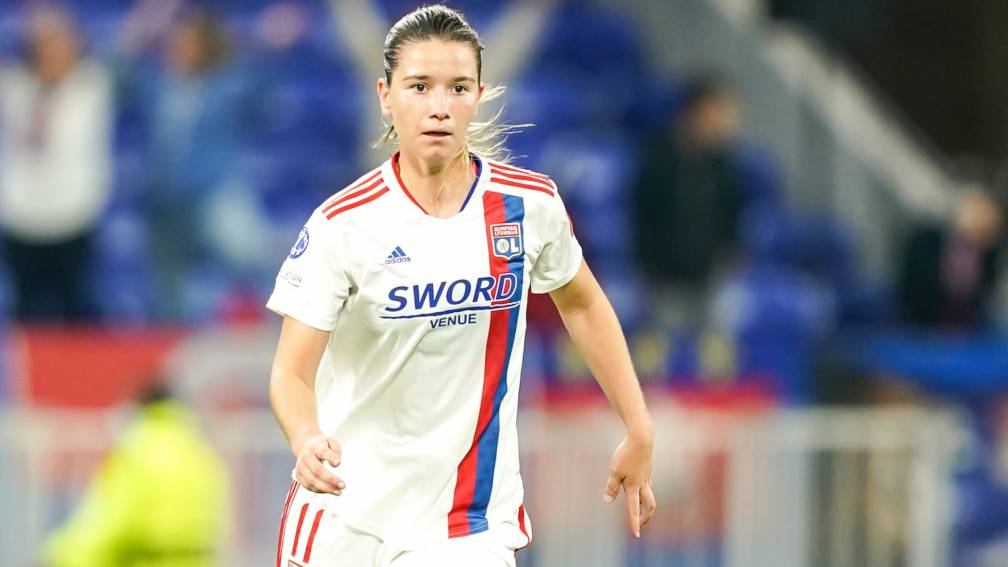 In his first full week of preparation with the Orange Women, national coach Mark Parsons has to deal with several injuries. But there are also hopeful messages seeping through. Attempts are being made to have the Spanish-Dutch talent Damaris Egurrola play for the Dutch national team.

The 22-year-old Egurrola has a choice of no fewer than three countries. She was born in the United States, moved to Spain when she was seven and has a Dutch mother.

Until now, Egurrola wore the shirt of the Spanish national team once. Three years ago, at the age of 19, she made her debut as a substitute in the final minutes of an exhibition game against Cameroon.

She currently plays for Olympique Lyonnais and will get a lot of playing time at the French top club this season. Parsons has had her eye on her for a long time. “I have known her for two or three years now,” the national coach of Orange clarifies. “We’ve talked to her a lot and have seen her play many times.”

When Parsons was still a trainer of the American Portland Thorns and Egurrola was at a training camp with Olympique Lyonnais in the US, the first contact was made.

Daniëlle van de Donk, who is a teammate of Egurrola at Olympique, also likes to see her at the Dutch national team. “The choice is hers where she wants to play, but I will do everything I can to get her here of course. She is a very good footballer and plays for Lyonnais for a reason. She is also a very nice girl, she fits well in between.”

Egurrola hasn’t made a decision yet, but Parsons expects an update on her situation soon. In any case, she still watches the World Cup qualifier between the Netherlands and the Czech Republic in front of the TV.

In September, both countries met in Groningen and after ninety minutes there was a disappointing result for the Orange on the scoreboard: 1-1. For Van de Donk every reason to be extra motivated at the kick-off on Friday evening.

“Yes, actually,” she replies when asked if there are any feelings of revenge against the Czechs. “Last time there had been more residents, that didn’t quite work out. Now we have a kind of revenge feelings. We really want to show that we are better than them.”