“I try to savor and especially to share”, breathes Thomas Rettant 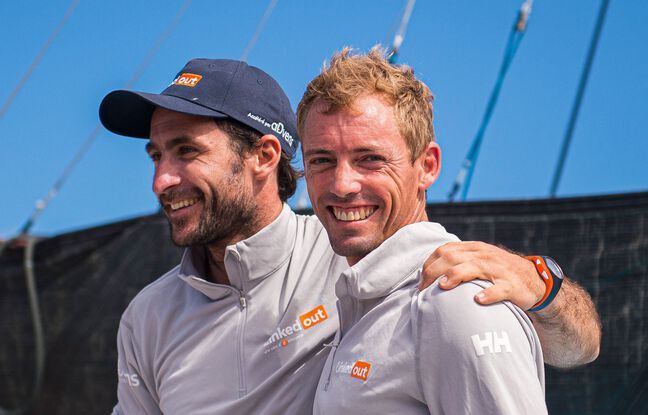 For fans of sailing and numbers, it took Thomas Rouillard and Morgan Lagravière 18 days, 1 hour, 21 minutes and 10 seconds to win the Transat Jacques-Vabre in the Imoca category. On board LinkedOut, of which 20 Minutes is a partner, the 40-year-old Northerner and the 34-year-old Reunionese have largely dominated the competition over the 5,800 miles that separate Le Havre from Fort-de-France, in Martinique, where they have arrived. this Thursday afternoon.

Alongside the crew @LinkedOut since 2019, all the teams of @20Minutes warmly congratulate @ThomasRoubled and Morgan Lagraviere, winners of the @TransatJV
in the Imoca category 👏👏👏well done guys!https://t.co/H7ve2CvknG pic.twitter.com/xYNDIYaeUs

Exhausted but happy at the end of the fight with the duets Charlie Dalin – Paul Meilhat (Apivia) and Jérémie Beyou – Christopher Pratt (Charal), Thomas Rettant returned to this great adventure.

What are your first impressions upon arrival?

They are fantastic. These are rare times. Victories over great classics like this don’t happen every day. I try to savor and especially to share with those who came to Martinique, the team, the partners, the friends, the family… I can see how lucky I am to pilot boats like this one. I’m so happy.

What does this first victory in the Transat Jacques-Vabre represent?

The feeling of work accomplished. Not just mine. I’m a bit of a striker (smile), but there is a team behind. It’s a long-term job too. I have been racing offshore for a few years. There have been a few victories, but winning the Transat Jacques-Vabre is still exceptional. It’s months, if not years of preparation, not just 19 days of racing. It involves a lot of people. It’s a collective victory and that’s really what makes you happy.

Was the end of the race as “easy” as it looked, seen from dry land?

Not at all. As long as the line is not crossed, the victory is not done. There is a risk of breakage, the vagaries of the weather and there were some at the end of the course, with times when we went much slower than the boats which were behind and which came back strong. We stayed really, really focused with Morgan from start to finish, and we had to.

When you try to run boats at 100% of their potential, life on board is not easy. We were very hot because we spent a lot of time in the tropics. We had to remain lucid until the finish.

What made the difference, and allowed you to widen the gap with the competition after Cape Verde?

Already, confidence in the boat, but also the choice of course, trajectory, speed… You have to go quickly to the right place. It’s a collection of things and that’s what I like about ocean racing as well. There are a lot of parameters to manage, and we managed to do it. It is a great satisfaction.

How did the cohabitation with Morgan Lagravière go?

Great ! I really wasn’t wrong in choosing the co-skipper. He brought a lot to the boat, to me, to the team. The main objective is the Vendée Globe 2024, but there are plenty of deadlines between now and then. The Jacques-Vabre was an objective in itself, that of the year. These doubles races serve the solitaire. I had already realized that, but they make progress. Morgan has a talent, but it’s not just that that I went looking for. There is a real human commitment when you set off for 19 days for two on a boat, with limited living space.

Did you experience moments of tension?

Of course, and they are normal. They are linked to the race, when the competition is close, when there is a complicated choice to make …

Did the “huge feeling” of your teammate with the sea, which you mentioned before the start, serve you during the race?

Sure. We are on boats full of sensors, but we need more than that. We confront sensations with more Cartesian things. A sailor like Morgan, with his feeling, it’s interesting to make the boat progress. This allows us to go into detail to make the differences that we have managed to make.

To hear you, you have suffered particularly from the heat.

We crossed the equator for the first time, we turned around the Trindade and Martim Vaz archipelago (off Brazil) and we went back to cross the equator again. Each maneuver costs energy, it’s not easy to sleep. There aren’t really any portholes on these boats. We are in a carbon shell and it is heating up. The heat was a real subject for me.

Your big challenge remains the Vendée Globe 2024. Did this transatlantic race serve you with this in mind, despite the difference between the races?

Yes. We have complex boats, foilers. It takes time to tame them. We have really taken a step forward in understanding the boat, in how to make it go fast.

And now, what is the program?

Already take a little rest. There is also the making of a boat in progress, and a big, big season next year with a lot of races, and the culmination of the Route du Rhum with the current boat. The next Transat Jacques-Vabre (in 2023) will take place with another.

What will be the difference between LinkedOut and the future boat?

It will inherently go faster. With the current one, you go 100% or 70%, but there is no in between. The idea is that we can lead it at 85 or 90% if we need to, with perhaps a little less demand than the current boat where you are on the line all the time. We want an easier boat, better suited to solo sailors.

Writers too have to move on, driven by ambition, student debt and mortgage