Dinah’s family files a complaint after the teenager’s suicide 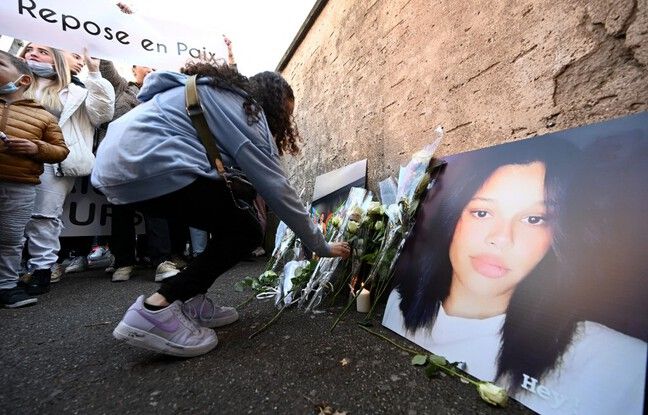 The family of Dinah, a 14-year-old Alsatian high school student who committed suicide after being the victim of school harassment according to his relatives, filed a complaint Thursday for “harassment”, “manslaughter” or “incitement to suicide”, indicated their lawyer. This complaint, signed by the parents and a brother of Dinah, was sent during the day to the Mulhouse prosecutor’s office, which has already opened two investigations for harassment and search for the causes of death.

“It is a complaint against X, but in two parts, which denounces both the facts committed by the students, and the facts committed by the direction of the college”, specifies Me Laure Boutron-Marmion, lawyer of the family. Against pupils whom it qualifies as “harassers”, the family files a complaint for “harassment” and “provocation to suicide”, for facts which took place between 2019 and 2021, in grades 4 and 4. 3rd.

The management of the college implicated

The family produces conversations between college students, social media and online messaging apps, as well as two sound recordings of Dinah. These pieces “show the disarray in which she was”, points out Me Laure Boutron-Marmion, believing that “they make it possible to better understand the puzzle of hatred that was set up around her”.

The complaint also denounces “the passive attitude of the management of the college”, under three other counts: “complicity in harassment”, “failure to provide assistance” and “manslaughter”, details the lawyer. “The attitude of the college management was so passive that in two years, there was no contact between the college administration and the family, even after Dinah’s suicide attempt, in March 2021 ”, deplores Me Boutron-Marmion.

“Over this entire period, there was only one meeting, with the senior education advisor, and the nurse,” according to the lawyer. Dinah, educated in the second class, was found hanged at the family home in Kingersheim, near Mulhouse, on the night of October 4 to 5. The prosecution had entrusted the investigation to the Wittenheim police station. The gendarmerie services fighting against online hatred were also seized.

Camilo Escalona: “Part of the popular electorate in Chile has moved to the extreme right”

Covid-19: the new rules for entering France applied from Saturday

Bloody “exorcism”: 50 years in prison for members of a sect

Camilo Escalona: "Part of the popular electorate in Chile has moved to the extreme right"