Amy Winehouse: behind the scenes of the artist’s life at the heart of an exhibition in London

This exhibition at the Design Museum in London, titled “Amy: Beyond the Stage”, seeks to explore the creativity of the British soul diva – who died on July 23, 2011, at the age of 27, of massive alcoholism – while making tribute to his very eclectic influences, from the “queen of the blues” Dinah Washington to DJ Mark Ronson, through 1960s pop, Motown and jazz.

“What we have tried to do with this exhibition is to tell her story as a creative person, as an incredible musician, as a fashion icon, but also to include rare items including her fans may have heard of it but have never seen it before, ”Maria McLintock, deputy curator of the exhibition, told AFP. “So there are handwritten lyrics from unreleased albums that have never been shown before and her very first guitar bought when she was a teenager,” she explains. 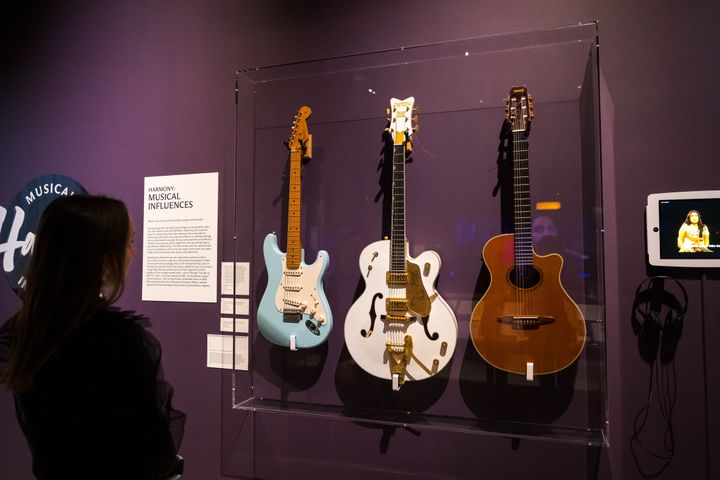 A woman looking at the singer’s guitars during the “Amy: Beyond the Stage” exhibition at the Design Museum in London. (VICKIE FLORES / EPA)

The Briton, multi-awarded for her album “Back to Black” in 2006, had always put a lot of her personal experiences in her songs, imbued with jazz and soul influences. She often spoke there about her alcohol and drug addiction problems, which ended up affecting her performance and arousing the interest of the paparazzi eager for a photo of her at worst. 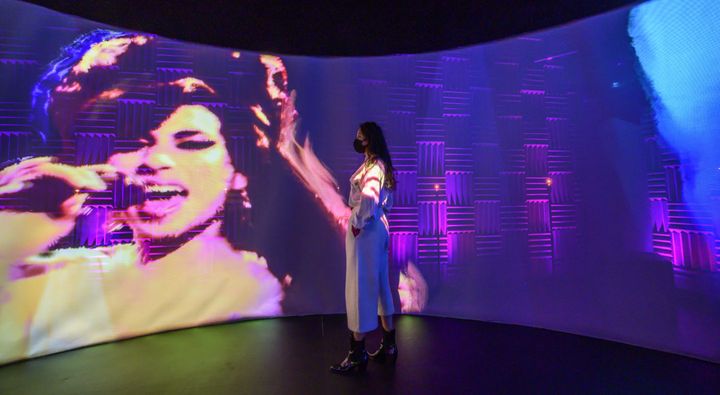 The exhibition “Amy: Beyond the Stage” at the Design Museum in London. (MALCOLM PARK / AVALON / MAXPPP)

“I hope that people who visit this show will see that she was very intelligent and a very refined musician,” says Maria McLintock. “Something that was really nice to see is that there are a lot of young people out there who certainly didn’t grow up with Amy but who are very excited to visit this exhibit. ‘inspire young artists’. 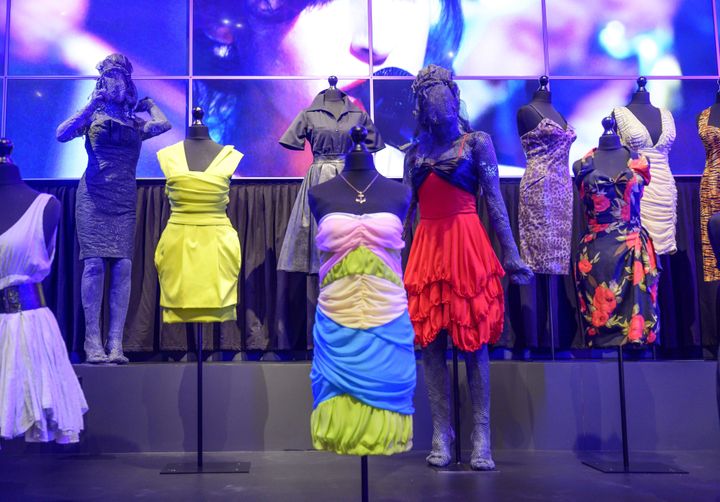 Some of the singer’s dresses at the “Amy: Beyond the Stage” exhibition at the London Design Museum. (MALCOLM PARK / AVALON / MAXPPP)

A sign of the interest still aroused by the singer, the dress worn during her last concert was sold in early November for 243,200 dollars (approximately 217,000 euros), i.e. 16 times more than its estimated value, during a auction held in California (United States).