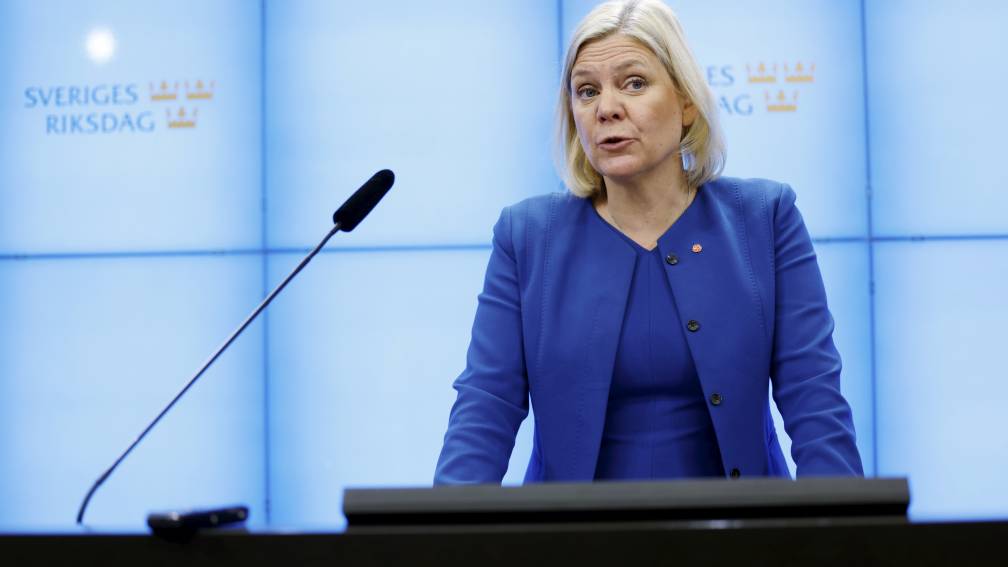 Magdalena Andersson becomes the new Prime Minister of Sweden. Parliament has given the green light for her appointment with the smallest possible difference. It is the first time that a woman has held that position.

The social democrat Andersson (54) succeeds party colleague Stefan Löfven, who announced in August that he would resign as government and party leader. He has headed a red-green minority government for the past seven years. Andersson was Secretary of the Treasury at the time.

Just not a majority against

Of the 349 members in parliament, 117 voted for Andersson as the new prime minister. That is far from a majority, but the Swedish constitution states that prime ministers can be appointed if there is no majority against.

In this case, 174 parliamentarians voted against, making the appointment a fact. Two opposition parties abstained, one of them did so in exchange for a pledge on pensions.

Andersson is today immediately tasked with guiding the government budget through parliament. It is highly questionable whether this will succeed: a budget proposal from the right-wing opposition seems to have the most support. But Andersson said shortly after her appointment that she can live with that and that she will remain prime minister.

The intention is that she will present a new government on Friday.